Sania Mirza's sister, Anam Mirza got married and has started writing the first chapter of her eternal bliss with hubby, Asad. At their after-party, sisters Anam and Sania danced like never before!

Ever found yourself daydreaming amidst work and thinking about the day when your knight in shining armour will come to take you in his stunning Mercedes? If you are nodding big time to this, then you are certainly at the right place! Admit it or not, almost every girl yearns to see herself as a bride someday and the very vague imagination gives us jitters. Well, a celeb who recently gave a zillion pre-bridal and bride goals to all the soon-to-be-married ladies outta there was Sania Mirza’s sister, Anam Mirza. Every look that flashed at her wedding made us go all ‘wow’! (Do Read: Anam Mirza And Mohammad Asaduddin Compete For A 'Dulha VS Dulhan' Cricket Match Post Their Wedding)

Who said pyaar ek hi baar hota hain? There is no number that one can put to falling in love. It is a beautiful feeling and one must wholeheartedly welcome it with open arms in their life again and again if it doesn’t work out the previous times. Setting a similar mind frame, Sania Mirza’s sister, Anam Mirza got married for the second time and has started writing the first chapter of her eternal bliss. The fashion designer is now a married lady as she tied the knot with her beau, Asad Azharuddin, son of former Indian cricket captain, Mohammad Azharuddin. December 11, 2019, was the date when Anam Mirza married the man of her dreams, Asad Azharuddin. While we will share the details of her bridal and looks of other functions, it was her sister, Sania Mirza and Anam herself, who had a gala at their wedding. An array of functions was what had concluded the #AbBasAnamHi wedding. Yesterday (December 14, 2019), an after-party was hosted for the newly-weds, where everyone had a gala time. But what was more enticing to note was Anam and her sister, Sania shaking their leg together to Nachde Ne Saare. Apart from this, Asad singing Pal Pal Dil Ke Paas, their couple dance on Badri Ki Dulhania, Sania taking on the Bala challenge, Neeti Mohan performing to Bang Bang while hubby, Nihaar Pandya and Farah Khan danced together, was what had concluded Asad and Anam’s after-party. Here are all the glimpses:

As you can already see, Anam Mirza had radiated all the ‘sassy newbie bride’ glow in a wine-coloured shimmery bodycon gown, with minimal makeup and her hair tied into a messy ponytail. Her smoky-eyes, mehendi-clad hands had given all the necessary oomph. Her hubby, Asad Azharuddin had looked handsome in a black tuxedo. A picture shared by Anam from the same after-party was captioned as “Last day of #AbBasAnamHi.” (Must Read: Ayesha Shroff Posts A Rare Throwback Picture Of Herself In The Arms Of Her Hubby, Jackie Shroff) Now giving you more descriptions about Anam Mirza and Asad Azharuddin pre-wedding, wedding and reception, let us begin with her pre-wedding and wedding attire. For her mehendi ceremony on December 9, 2019, Anam had looked stunning in a multi-coloured lehenga, hair kept loose with flowers to give her a princess look. She had completed her look with a choker and minimal makeup. And for her sangeet, which had happened on December 10, 2019, Anam had dazzled in a pastel green-coloured lehenga with heavy embroidered choli. She had completed her look with a tidy bun and fresh flowers in her hair. With minimal makeup, her entire look was accentuated with heavy pearl jewellery. 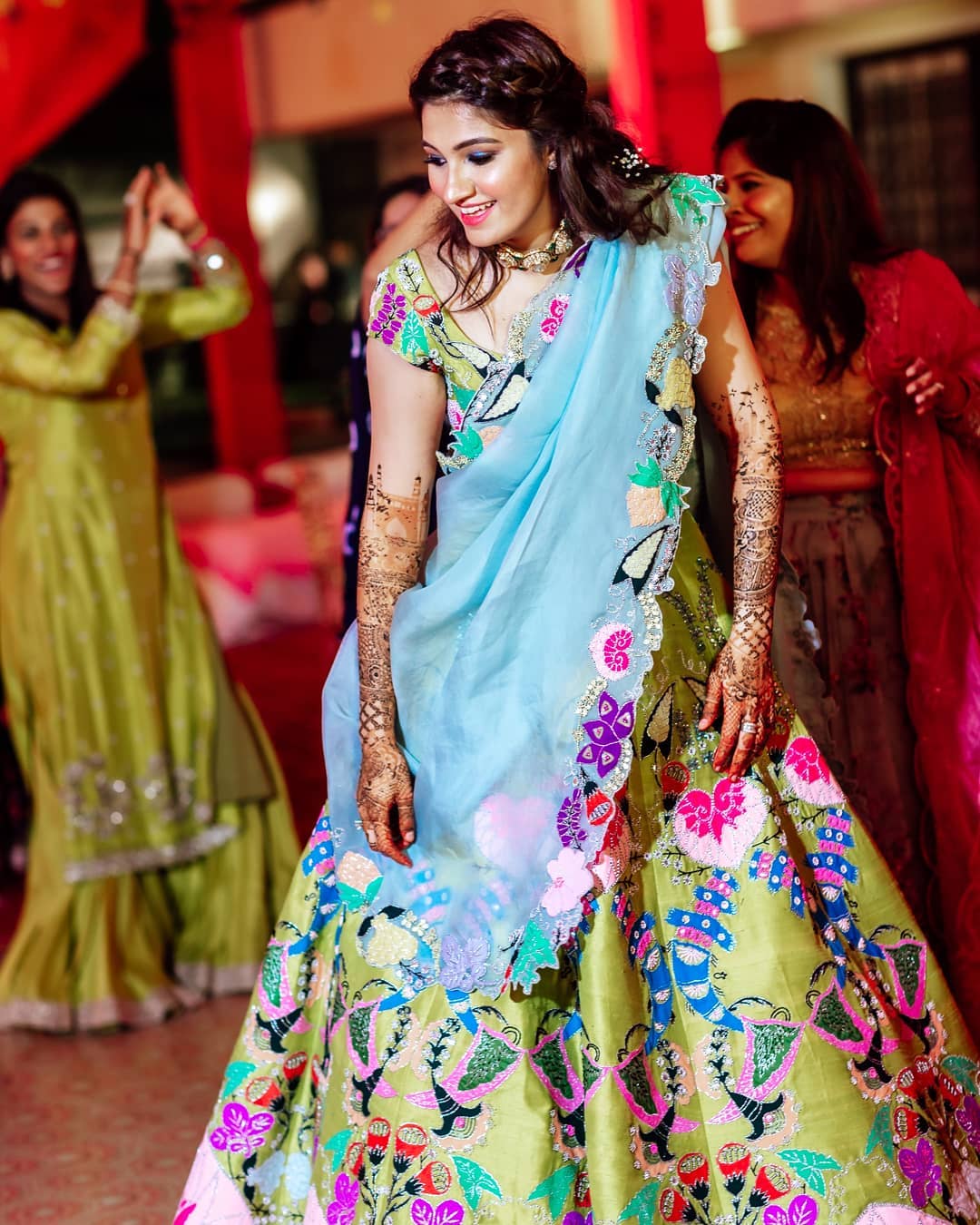 Then came the day, where Anam Mirza made for one of the most beautiful brides ever! Giving everyone a zillion goals, Anam had looked gorgeous in a baby pink ensemble with golden embroidery all over it and a purple-hued dupatta. On the other hand, Asad had looked handsome in a beige sherwani. For her wedding reception, Anam Mirza must have stolen everyone’s thunder in a sequinned gown and she had opted for a diamond necklace and minimal makeup to complete her look. On the other hand, Asad had looked dapper in a navy-blue-coloured tuxedo. (Also Read: Madhuri Dixit's Snorkeling Video From Her Seychelles Vacation With Hubby Sriram Nene Is Couple Goals) It was only in October 2019 when Sania Mirza, in an interview with The Times of India, had confirmed that her sister, Anam Mirza and her fiance, Asad Azharuddin are indeed dating and were to get married in December 2019. About the same, Sania had shared, “She (Anam) is actually getting married in December. We just came back from her bachelorette trip to Paris. We are really excited. She is marrying a lovely boy. His name is Asad and he happens to be the son of Mohammad Azharuddin and we are really excited about it.” 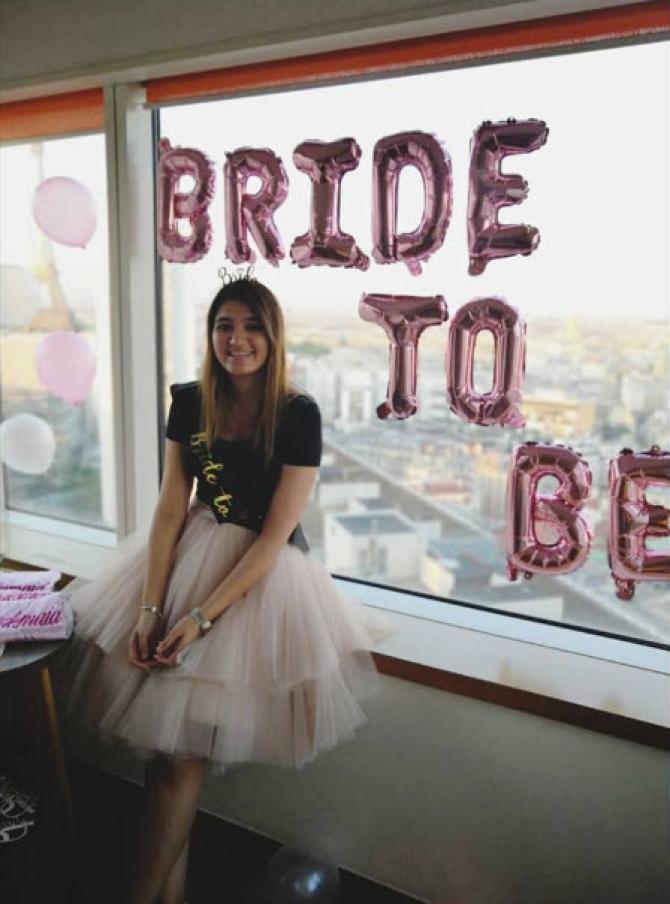 And so, they start building a life of happily ever after, together!