When we vow for a ‘happily ever after’ with our partner, it does not necessarily mean it ends in one. Sometimes, a relationship doesn’t see the future we had envisioned for it and it breaks our heart and soul when it ends. But what’s important is how we move on. Some remain friends with their exes and cherish their beautiful relationship of friendship, some part ways on a bitter note. Belonging from the former category is ex-couple, Sangeeta Bijlani and Mohammad Azharuddin. Way before Virushka came into limelight, Sangeeta and Azhar’s relationship had dominated the headlines. (Also Read: Sanjay Dutt's Daughter Trishala Dutt Reacts To Her Father's Drug Addiction In Past, Pens A Long Note)

The flamboyant former captain of the Indian cricket team, Mohammad Azharuddin and former Miss India, Sangeeta Bijlani had tied the knot in 1996 after a brief courtship period. Azhar and Sangeeta’s relationship was an amalgamation of the Bollywood and cricket world, which raised quite a few eyebrows when it evolved. Azhar and Sangeeta’s affair had led to his bitter divorce with first wife, Naureen. They had met during an ad shoot in 1985 and it was love at first sight for Azhar. In his own words at the India Today Mind Rocks, “I met Sangeeta Bijlani during an ad shoot in 1985. Yes, it was love at first sight. Nobody talks about this so openly... But I am telling you.” 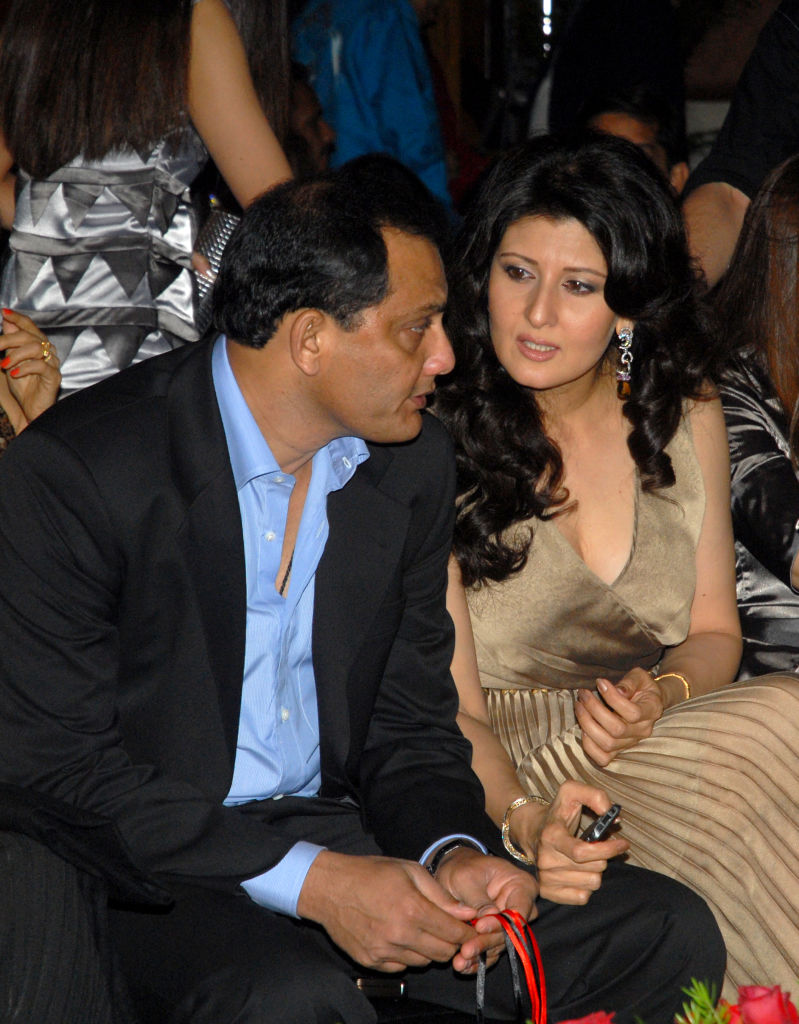 This day a year ago, Mohammad Azharuddin’s son, Mohammad Asaduddin had said Qubool Hai to Anam Mirza, sister of Sania Miza, in a nikaah ceremony. As Anam and Asad completed one year of marital bliss on December 11, 2020, wishes have been pouring in for the lovebirds. Azhar’s ex-wife, Sangeeta Bijlani too, wished Anam and Asad on their first anniversary. Posting a picture from Anam and Asad’s wedding reception, Sangeeta wrote, “Happy anniversary my dearest AB and Anam. Wish you both love and togetherness forever” followed by heart emojis. Asad too, wished Anam on their anniversary by sharing a throwback picture from their honeymoon and captioned it as “Can’t believe it has already been a year we are married. The best thing that has ever happened to me. Thank you for being my strength. Love you. Happy anniversary to us.” In the year 1996, Sangeet Bijlani had gotten married to Mohammad Azharuddin, however, after 14 years of their marital bliss, the couple had called off their marriage in 2010. While we aren’t sure if the duo crossed path midway, but the ex-couple, Sangeeta and Azhar did meet one another at the latter’s son, Mohammad Asaduddin and Anam Mirza’s wedding reception. A picture that went viral on the internet last year had Sangeeta looking beautiful in a navy blue lehenga, posing next to her ex-hubby, Azhar in a group picture. An IB Times report also had it that Sangeeta and Azhar were cordial with one another and shared ‘friendly vibes’ at the wedding. (Also Read: Saif Ali Khan's Sister Saba Shares Collage Of Ex-Sister-In-Law, Amrita Singh And Niece Sara Ali Khan) Has Sangeeta Bijlani ever contacted her ex-hubby, Mohammad Azharuddin post their divorce? A source close to the actress had shared with BollywoodLife in 2016, “Sangeeta hasn’t been in touch with Azhar in years… Since the time they divorced in 2010, they have kept out of each other’s way. She fears that the movie will not show her in a positive light. By now, it is known that Nargis Fakhri is playing her in the film, so whether she wants it or not, she is connected to the film. Even Sangeeta’s Oye Oye song is part of her portrayal in the film. So, she called Azhar and she voiced her apprehensions. And she expressed a desire to watch the film. Since then, they have kept regularly in touch. Azhar informed her that he too hasn’t watched the film and has asked the producers for a trial. But everything is being kept tightly under wraps till the release.” 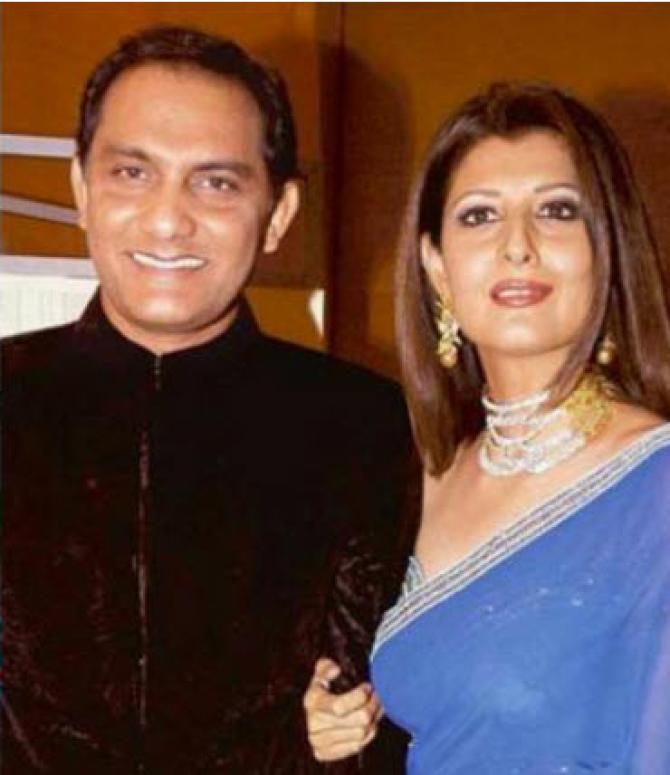 Speaking of Anam Mirza and Mohammad Asaduddin’s married life, then in an interactive session on Instagram, the former had revealed how her new life has been treating her. When asked, “How is married life?” Anam had retorted, “Blessed, blessed and blessed. Alhamdulillah.” To wish Asad on his first birthday post-marriage, Anam posted a picture from their dinner date at the Taj Falaknuma Palace and had written, “Happy birthday baby.” To which, her baby had replied, “Thanks my princess” followed by a heart. When Anam had turned 26 in 2020, Asad posted a goofy selfie with the birthday girl and had captioned it, “Happy birthday my beautiful wife. Love you.” Anam had commented on his post with an array of heart emoticons. (Also Read: Archana Puran Singh Shares A Video Of Their Beautiful Memories On Hubby, Parmeet Sethi's Birthday) 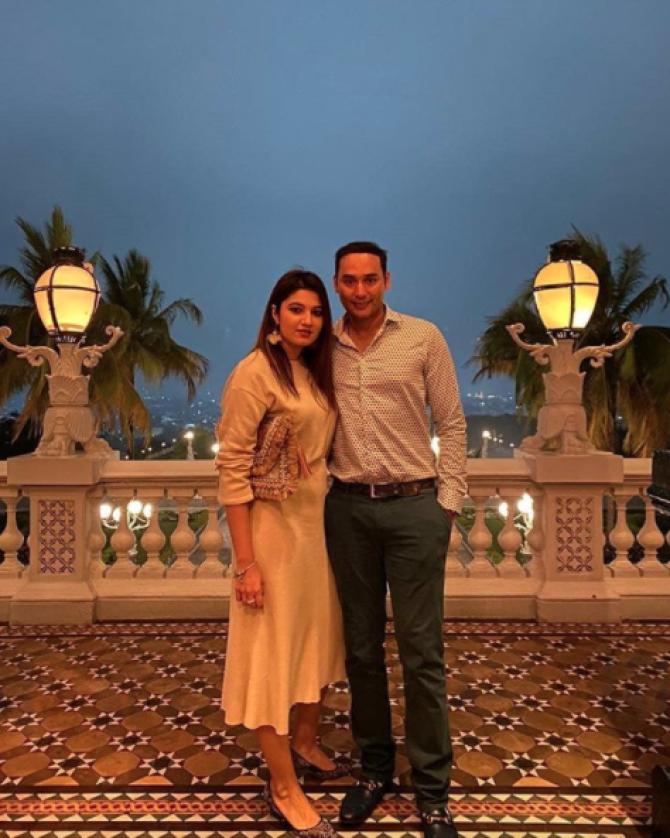 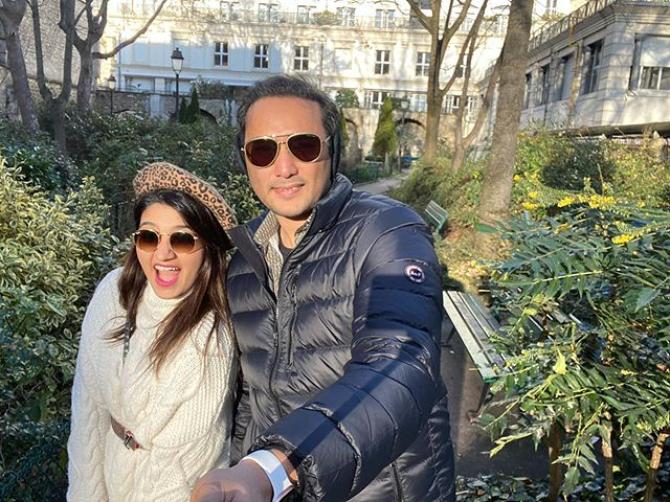 Here’s wishing a happy wedding anniversary to Anam and Asad!