Love came running in the life of Sangeeta Bijlani twice, but sadly, didn’t work out. See what happened when she bumped into ex-hubby, Mohammad Azharuddin at his son, Asad and Anam's wedding. 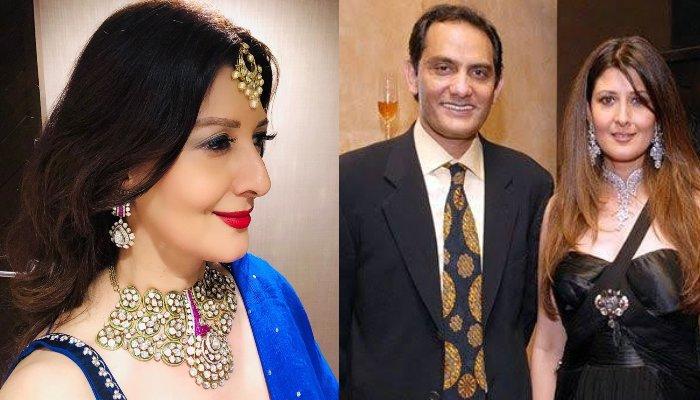 Tujhko Hi Aaye Na Khayal Mera...Patta Patta Jaanta Hai…Ik Tu Hi Na Jaane Haal Mera… love is a beautiful feeling and when we experience it, the world seems to cease! We want our new ‘happy paradise’ to sustain forever and the very thought of it shattering, makes our heart wrench. But there may be times when even though you thought that a relationship will serve you lifelong, it comes to a half midway. What matters is how well you get up, dust yourself off, go to the beginning line and start the race of life again. And in case you are wondering how it is done, take a cue from Sangeeta Bijlani’s life. (Do Read: Malaika Arora Talks About Being Trolled On Social Media, Says She Doesn't Care About Her Haters)

Love came running in the life of Sangeeta Bijlani twice, but sadly, didn’t work out. While the one that is related to an A-listed superstar gets a place in the later paragraphs to come, let us tell you about her marital life with once captain of Indian Cricket Team, Mohammad Azharuddin. 1985 was the year when a very young Azhar had met dapper model, Sangeeta and had instantly fallen for her. In his own words at the India Today Mind Rocks, “I met Sangeeta Bijlani during an ad shoot in 1985. Yes, it was love at first sight. Nobody talks about this so openly... But I am telling you.” 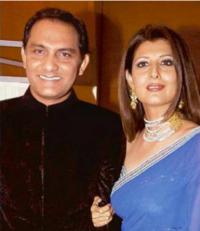 Soon after, in the year 1996, Sangeet Bijlani got married to Mohammad Azharuddin and thus began, their happily ever after. However, after 14 years of their marital bliss, the couple called off their marriage and went on their own separate paths. While we aren’t sure if the duo crossed path midway, but we are sure that ex-couple, Sangeeta and Azhar did meet one another at the latter’s son, Asad and Anam’s wedding reception and what happened next was great! A picture that is currently going viral on the internet has Sangeeta Bijlani looking beautiful in a navy blue lehenga, posing next to once hubby, Mohammad Azharuddin in a group picture. An IB Times report also had it that Sangeeta and Azhar were cordial with one another and shared ‘friendly vibes’ at the wedding. Here’s the picture in question:

Sangeeta Bijlani was almost about to get married to superstar Salman Khan but due to the star’s growing interest with another model, the marriage was called off. Sangeeta had then gotten married to Azhar but it went kaput and the couple got separated in 2010. Speaking about marriage and relationships in her own blog post, Sangeeta had penned, “The woman could be everything wonderful and the man may still stray. The old saying “keep-your-husband-happy-so-he-won’t-stray” puts too much burden on a woman. I do feel that people can create a pattern in marriage that is not enhancing, and the man instead of dealing with the dissatisfaction and complex within himself and trying to work on the relationship, escapes it and goes some place else to feel better about himself." (Must Read: Ibrahim Ali Khan's Cricket Shots Will Remind You Of His Late Grandfather, Mansoor Ali Khan Pataudi) 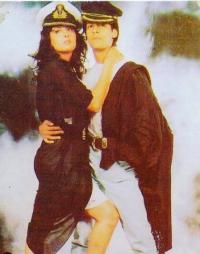 In a 2016 interview with the DNA, Sangeeta Bijlani had opened up about relationships and had stated, “I have that option. We are social beings and we do need people and so it is a need then. It is not about love and sex. I feel love happens when there is a chemical reaction in the brain. At that point, the dopamine levels are high and one is in a drugged state, and believes one is head-over-heels in love. But that happens when another body’s chemical reaction and your body’s chemical reaction gets in frequency with each other and come into that space of vibration.” 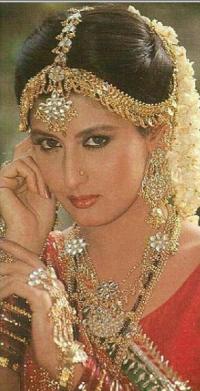 Has Sangeeta Bijlani ever contacted her ex-hubby, Azharuddin post their divorce? A source close to the actress had shared with BollywoodLife in 2016, “Sangeeta hasn’t been in touch with Azhar in years… Since the time they divorced in 2010, they have kept out of each other’s way. She fears that the movie will not show her in a positive light. By now, it is known that Nargis Fakhri is playing her in the film, so whether she wants it or not, she is connected to the film. Even Sangeeta’s Oye Oye song is part of her portrayal in the film. So, she called Azhar and she voiced her apprehensions. And she expressed a desire to watch the film. Since then, they have kept regularly in touch. Azhar informed her that he too hasn’t watched the film and has asked the producers for a trial. But everything is being kept tightly under wraps till the release.” (Also Read: Himesh Reshammiya Says That Neha Kakkar is Getting Married, Her Cryptic Reply Totally Floored Us) 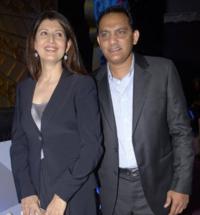 Guys, how did you like Sangeeta and Azhar’s picture after a long time, together? Keep us posted!