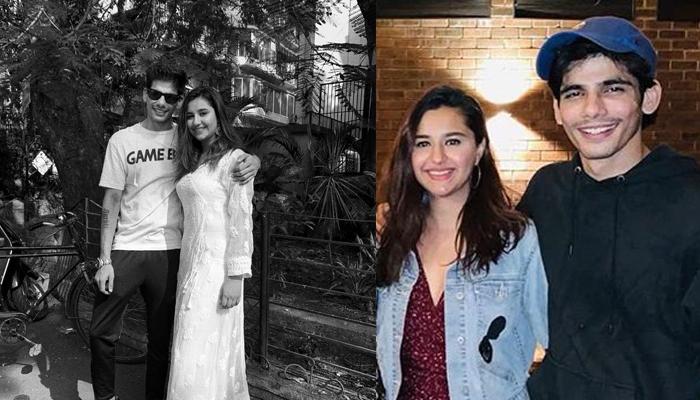 Apart from the glamour and glitz, the Tinseltown is a place of relationships, affairs, showbiz and love. You never know who will date who, and which couple will part ways when! The only thing that is certain in the B-town is the uncertainty itself, right? A couple can part ways as soon as they are around another glamorous actress or a handsome hunk. However, not every story is like this, right? We know of many couples who remain faithful to one person for their lifetime! (You May Like: First Pictures Of Aishwarya Rai Bachchan, Abhishek And Aaradhya From Their Dreamy Maldives Holiday)

Warrior High actors, Anshuman Malhotra and Sanaya Pithawalla were once a much-in-love couple. They were in a steady relationship for about two and a half years before parting ways eventually. For the uninitiated ones, it must be mentioned that Anshuman played young Shahid Kapoor in Vishal Bhardwaj’s 2014 film, Haider, and he participated in the recently concluded Splitsvilla 11. 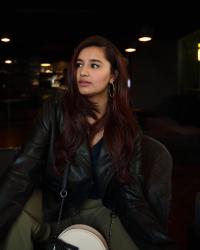 Now, as per the latest buzz in the media, Sanaya Pithawalla has found love in the Gully Boy fame actor, Nakul Roshan Sahdev. Nakul had played the role of Salman in the Zoya  Akhtar's directorial. If you have forgotten his character, let us remind you that he was the one whom Alia Bhatt used to get back Ranveer Singh in her life under the garb of marriage. A Tellychakkar report recently stated, "Sanaya seems to have found love again in Gully Boy fame Nakul Roshan Sahdev." In fact, Sanaya Pithawalla herself shared a picture with Nakul Roshan Sahdev in which the two can be seen smiling their hearts out. She simply captioned the following picture with a heart-emoji, thereby indicating that something is brewing in between these two. Take a look: 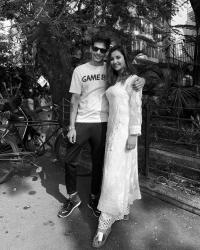 No official confirmation has yet come from the horse's mouth. Sanaya's ex-boyfriend, Anshuman had earlier shared as to what made him attracted to her. Anshuman had said, “We used to rehearse a lot together but it was only friendship till last year. Though she is two years older to me, I never feel younger than her. She is completely adorable and a kid at heart. I love everything about her. She is innocent and honest.” (Suggested Read: Throwback: Sanjay Dutt Was Miffed With Richa Sharma When Trishala Dutt Called Him 'Uncle' Not 'Dad') 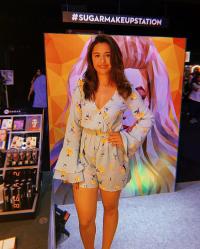 Sanaya Pithawalla had confirmed the news of breakup with Anshuman Malhotra to an online tabloid and was quoted as saying, "Yes, it’s true that we both have parted ways. I think nothing lasts forever. A relationship needs time and we are still young and have to concentrate on our careers. The break-up happened two months ago. We have ended our relationship on a very good note and we are still very good friends." Post-breakup with Sanaya, Anshuman found love in his Splitsvilla 11 co-contestant, Roshni Wadhwani. A couple of months ago, he had shared the following picture with Roshni and adorably captioned it, confirming his relationship with her. He wrote, “Both our eyes are closed and yet we are smiling. Yes, we don’t know what future holds but this moment is special cause it’s with us in it. #splitsvilla11 #splitsvilla #anshumanmalhotra #roshniwadhwani #roshman #paisabahauthaipyarchahiye #bunnies #loveyou #happiness”. 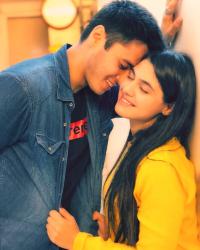 Roshni too shared the same pic on her Insta handle and beautifully confirmed of her love with these words, “I have found the one whom my soul wants. Someone with whom I am able to breath in sync, the one who turns my frowns into smiles. The one I want to build an empire beside. #splitsvillaxi #roshman #roshniwadhwani #anshumanmalhotra #paisanahauthaipyaarchaiye #bunnies #loveyoumore #myworld." (Don't Miss: Ekta Kapoor's Mom Hates Taking Her To Weddings As She Puts People In Place For Saying, 'You're Next') 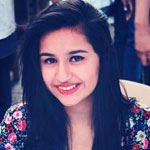