Sanaya Irani and Mohit Sehgal are redefining love with their latest picture. Scroll down as they prove the millennials that the couple who does makeup together stays together! 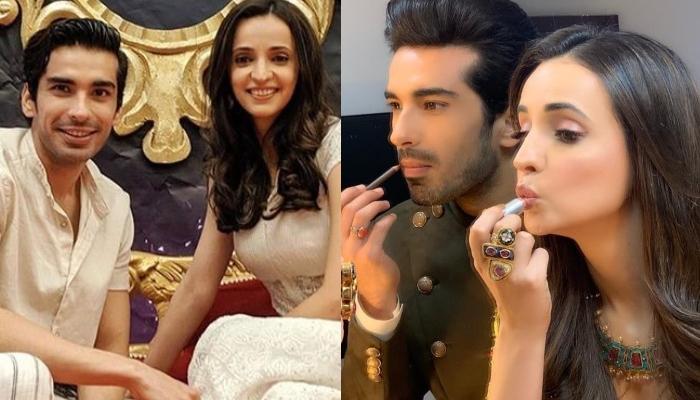 For those who don't know, Sanaya and Mohit's love brewed on the sets of their show, Miley Jab Hum Tum. Sanaya was known for her chirpy nature, on the other hand, Mohit was a complete opposite, but Cupid struck them with the sharpest arrow, making them the perfect telly town couple. It's been almost nine years and they are still everyone's favourite couple, thanks to their lovey-dovey PDA. On September 14, 2019, Sanaya gave us another reason to fall for their chemistry. The actress took to her Instagram handle and shared a mushy picture with her husband, Mohit as the two could be seen busy doing their makeup. Sanaya captioned the picture as "The couple that lives together also does make up together @itsmohitsehgal filling in his beard while I fill in my lips. Marriage = love = companionship and also = no sense of personal space." Check out the picture below: 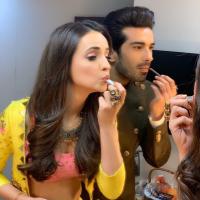 Sanaya and Mohit have dated each other for five years before tying the knot in Goa on January 26, 2016. We remember in an interview with the Verve magazine, Sanaya had talked about her dream wedding, "I’ve always dreamt of looking pretty in a beautiful gown on the beach and having not more than 50 people at my wedding, which will be followed by a night-long party." (Also Read: Kapil Sharma's Heavily Pregnant Wife, Ginni Chatrath Stands For Hours And Takes Care Of TKSS Team) 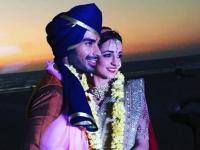 Coming back to their love story, in an interview, Mohit had shared how he had proposed to Sanaya, "I declared the love after the first season and Arjun Bijlani was the first to know because he always used to tease Sanaya and me saying that there is something going on between me and her. Sanaya was particular that we would say it together to him as she wants to see his expression when we break the news to him. And finally, when we told him that we want to say something, he just asked us ‘what? That you guys are in love with each other?’ for which we couldn’t say anything because we were taken aback with his question." In another interview, Sanaya had revealed how Mohit keeps her happy by showering her with sweet little gifts. She had shared, "Sometimes when we don’t spend time together, Mohit gives me surprises like flowers, breakfast in bed, date nights and the like." (Don't Miss: Kamya Panjabi Receives The Most Important Approval For Her Beau From Bestie, Kavita Kaushik)

Well, we love how Sanaya and Mohit do their makeup together!

Sanaya Irani Opens Up On Her Beach Wedding With Husband, Mohit Sehgal 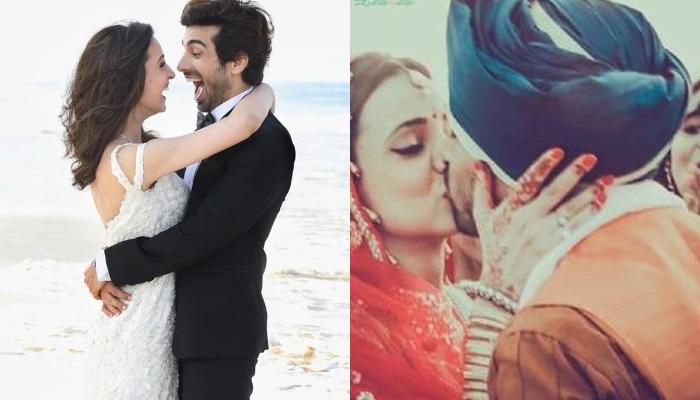 Love is the antidote of everything in life. The day, we start understanding the meaning behind it, we anxiously wait for our better-half. We hope on finding them one day and living the fairytale life with them. While there are times when you may fight with each other on a little