Kamya Panjabi and Kavita Kaushik’s friendship goes a long way together. The duo has spent a significant amount of time with one another in the industry and always have each other’s back. 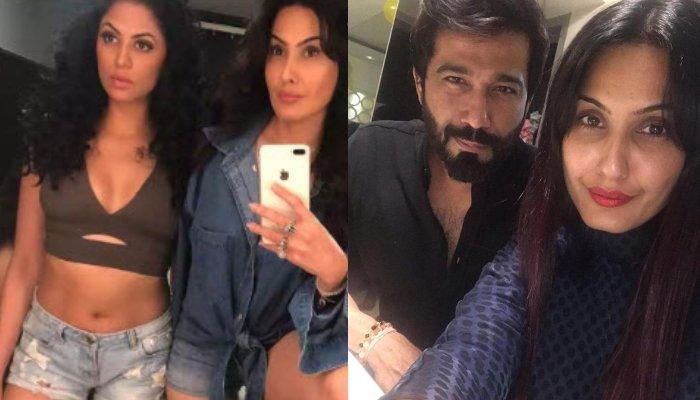 A zillion men may come into your life but sisters (read besties), will always be before misters! She will be the first one to predict your first hug and will criticise almost every man that you date, lest he might break your heart for the umpteenth time again. Hence, if you get a nod from your bestie about the guy you are dating and they gel well, never ever let go of him for a rare phenomenon like this happens only once in a zillion years! And as happy as we could get for Kamya Panjabi, the actress who is currently floating in bubbles of love has the most important approval for her love, by her bestie, Kavita Kaushik. (Do Read: Niti Taylor And Her Fiance, Parikshit Bawa Celebrate 1-Month Engagement Anniversary, Pictures Inside)

Kamya Panjabi and Kavita Kaushik’s friendship goes a long way together. The duo has spent a significant amount of time with one another in the industry and always have each other’s back. From sharing the stage together for professional commitments to celebrating festivals and occasions with one another, Kamya and Kavita’s friendship is all about hearts! In fact, during Ganesh Chaturthi celebrations, Kamya posted a picture with her bestie, Kavita, looking mesmerising in sarees as they laughed their heart off, in front of Bappa’s idol. Kamya had captioned the picture as “Bonded for life with the same laughter, madness and love for Bappa @ikavitakaushik.” 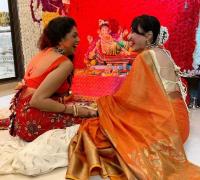 It was only a few days back, when this 40-year-old single mother, Kamya Panjabi had revealed to the world that she has found love in her life again. Kamya had confirmed that she is dating Delhi-based, Shalabh Dang, who works in the healthcare industry. While we had rejoiced at the very confirmation, do note that there is another person in Kamya’s life, who is over the moon with the latest developments in her life. Wonder who she might be? She is none other than Kamya’s bestie, Kavita Kaushik! Sharing her ‘note’ of approval for her bestie’s beau, the F.I.R. actress shared with SpotboyE, “Pyaara sa aadmi hai (Shalabh Dang), looks totally in love with Kamya and she looks absolutely content and happy! I wish them the very best for a great life ahead." 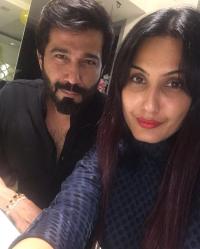 Further praising Kamya Panjabi, Kavita Kaushik had shared, "I don’t think she (Kamya) was ever confused, she’s a strong girl and she knows what she wants and I can vouch for one thing that when she wants someone or something there’s no way anyone can stop her and that’s a great thing, however in Shalabh and her case, as far as I know, they make a very happy couple.” (Must Read: Sania Mirza Reveals What She Did When She Was Very Sick On The Last Two Days Of Her Pregnancy) 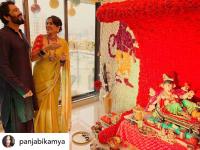 It was in 2008 when in an interview with India Forums, Kamya Panjabi had revealed that Kavita Kaushik is her best friend. She had then stated, “Kavita Kaushik who is seen on the show FIR is my best friend from the TV industry as well as from whole world wide. I have made many nice friends in the industry. Outside the industry, I am also very close to my cousin sister. I can't stay without speaking to her even for a single day.” And seems like they’ve come a long way together! 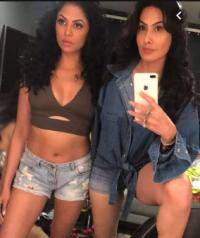 In an interview with the Bombay Times, Kamya Panjabi had bared it all out about the love of her life, Shalabh Dang. She had stated, “I will be a married woman by this time next year (laughs!). I contacted Shalabh in February after a friend told me to consult him about some health woes that I was facing. We got chatting and in a-month-and-a-half, he proposed marriage.” She had also added, “Tying the knot again was a huge deal for me and hence, I took my time to think about it. Following a failed marriage and a few heartbreaks, I had almost turned averse to the idea of tying the knot and falling in love. In fact, there came a point when main shaadi ke khilaaf ho gayi thi. But Shalabh has made me believe in love and the institution of marriage again. I am like a 16-year-old girl now, madly in love with him.” 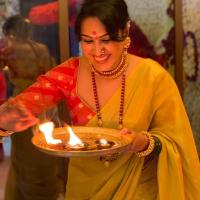 For the uninitiated, Kamya Panjabi is blessed with a daughter from her first marriage and her beau, Shalabh Dang too, has a son, Ishaan from his ex-wife. Speaking about the same, Kamya had stated, “I reach out to Shalabh when Aara gets stubborn because she listens to him. It’s such a relief to see them bond so well. I am also extremely fond of Ishaan and we get along like a house on fire.” (Also Read: Tahira Kashyap Wishes Her 'Lovely Human' Ayushmann Khurrana On His Birthday With A Peck On His Cheek) 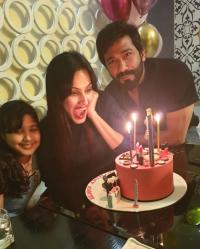 And how happy we are for you and Shalabh, Kamya! Sending truckloads of happiness your way! 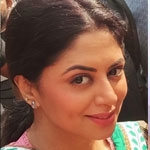