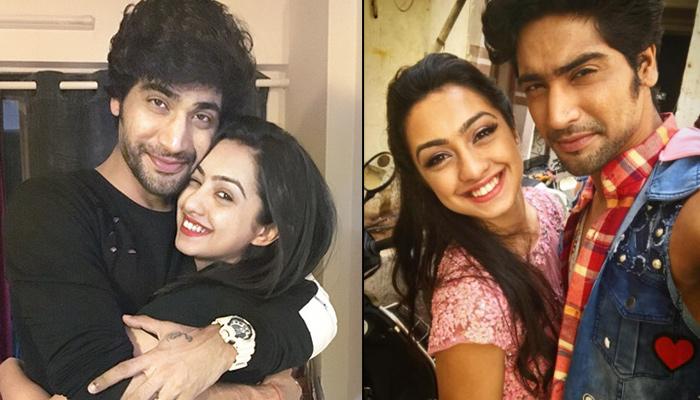 Sanam Johar and Abigail Pande have ruled our hearts with their sizzling chemistry on-screen. After the lovebirds participated in Nach Baaliye 8, their relationship became like an open book. And their PDAs on social media handles are a proof of their bond of love for each other.

Sanam and Abigail completed 3 years of togetherness on February 1, 2018. So, on this happy occasion, the couple took to their Instagram to wish each other. Sanam posted a picture of them and captioned it, “I’ll love you forever, I’ll like you for always, as long as I’m living, my baby, you’ll be’ @abigail_pande #happyanniversary #happy3years #manymoretogo” (You may like: Hussain Kuwajerwala's Message For Wife Tina On Their 11th Anniversary Is Too Adorable)

Abigail too took to this social media platform to express how caring and sweet her “baby” is. This is what she wrote for her best friend who always manages to make her smile, “Thank you for everything you do. For always managing to make me smile. For telling me I’m sexy even when I’m in pyjamas. For making sure I’m well fed at all times. For catching me when I fall (even literally sometimes); and much more. I love you to the moon and back. Three years and you’re still my favourite person, you’re still my best friend. Happy 3 baby!! Many more to go!!” (You may also like: Parveen Dusanj Wished Kabir Bedi On Their First Anniversary With The Wittiest Post Ever)

Sanam said ‘I do’ when Abigail went down on her knees on the national platform to propose to the love of her life, and the two got engaged on the stage of Nach Baliye. They make a really sweet and romantic couple. And their love story is as adorable as them. About their wedding plans, the couple had set a target of three years to achieve their goals professionally before tying the nuptial knot. In an interview with the Times Of India in 2017, Abigail was quoted as saying, "Both of us want to buy a house for our parents. But even if that gets pushed, we will tie the knot in three years from now." 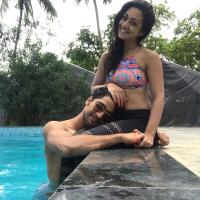 When Sanam and Abigail met for the first time, they instantly became friends and deep down their hearts, both knew they wanted to be more than that. But Sanam being a shy guy, Abigail lost all hopes from him. On being shy, Sanam gushed, "Abigail realises things sooner than I do. I am very slow in such matters. When I came to Mumbai, life was all about my work. This city was just a work place for me then, I met Abigail." 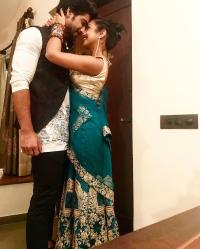 After being friends for over a year, Sanam finally took courage and went on to propose Abigail at a common friend’s party. But when he expressed his feelings to her, she was sleepy and replied, "thank you" to his proposal. Later clearing up the confusion, Abigail explained, "All my friends started talking about Sanam’s proposal to me last night and that’s when I realised ‘Oh! He actually proposed to me’. Later, I apologised and told him I didn’t understand what he meant last night as I was sleepy but now I do." (Also checkout: Anita Hassanandani Shares A Very Sweet Message About Marriage On Her Wedding Anniversary) 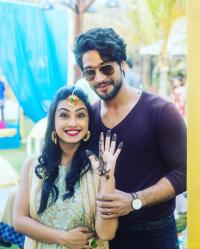 Sharing a romantic incident, Abigail said, "Yes, he often sends me videos where he dedicates songs for me. Once I was on my way to work which is in Naigaon (almost 50kms from my home). I called him up and said, 'Sanam you know all my co-stars have packed up and they were saying today they will go and have wine with nice food. I am feeling so bad.' Within two hours, Sanam surprised me on my set with a bottle of wine and food in hand. In that way, he is very romantic. It's all very filmy but it feels nice." 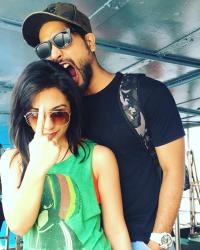 Wishing Abigail and Sanam many more such years of togetherness. 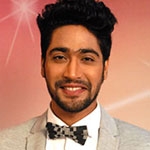