Sana Sayyad's 'Vidaai' Video And Dance With Husband, Imaad Shamsi At Their 'Nikaah' Is Unmissable

Sana Sayyad's 'Vidaai' Video And Dance With Husband, Imaad Shamsi At Their 'Nikaah' Is Unmissable

'Lockdown Ki Love Story' Actress, Sana Sayyad got married to Imaad Shamsi, and their dance video is winning the internet. However, the actress' 'vidaai' video is delighting her fans. See inside!

Popular television actor, Sana Sayyad got married to her boyfriend, Imaad Shamsi, on June 25, 2021, in an intimate nikaah ceremony. The wedding pictures of the two are already all over the internet and are winning everyone's hearts. Talking about their wedding attire for their big day. The groom, Imaad Shamshi had looked handsome in his biege sherwani.

Recommended Read: Arjun Kapoor's GF Malaika Arora Wishes Him On His 36th Birthday With A Cosy Picture From A Vacation

On the other side, Sana Sayyad had opted for a unique lehenga in the shades of off-white and brown with some Aztec patterns on it. She had accentuated her look by accessorising it with a diamond choker, along with long matching earrings, a single strand nath, and a maang teeka. The madly in love couple had looked spectacular on the biggest day of their lives. 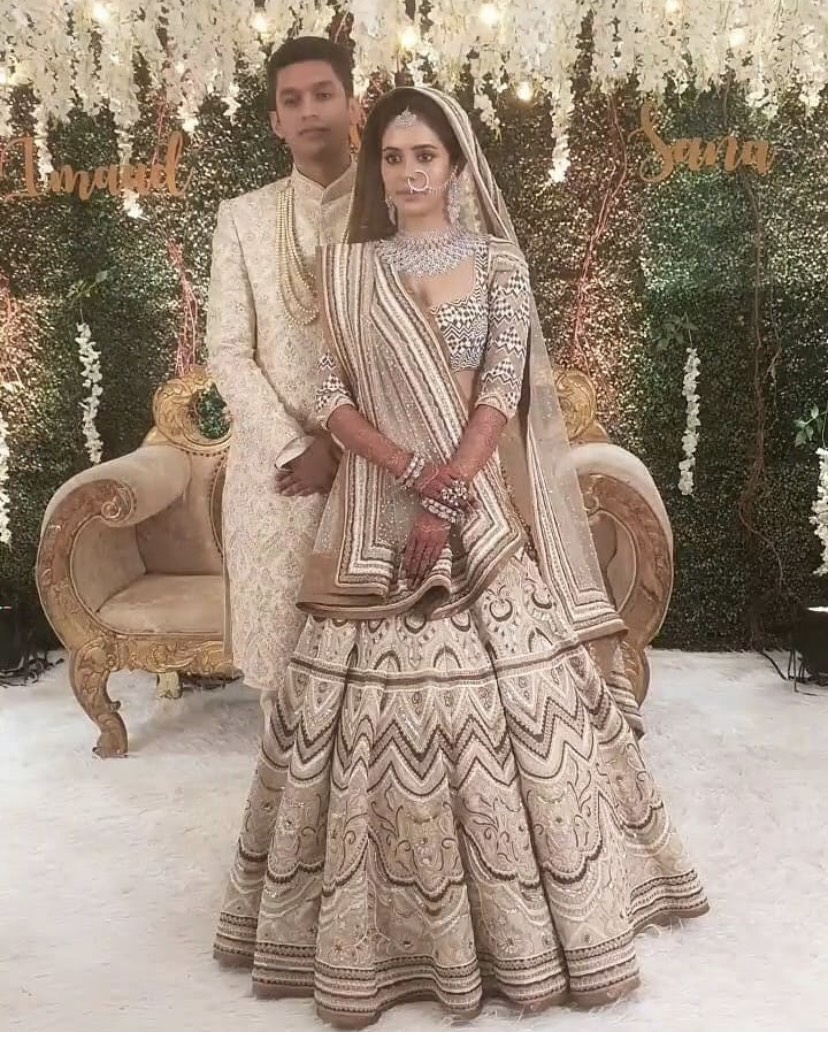 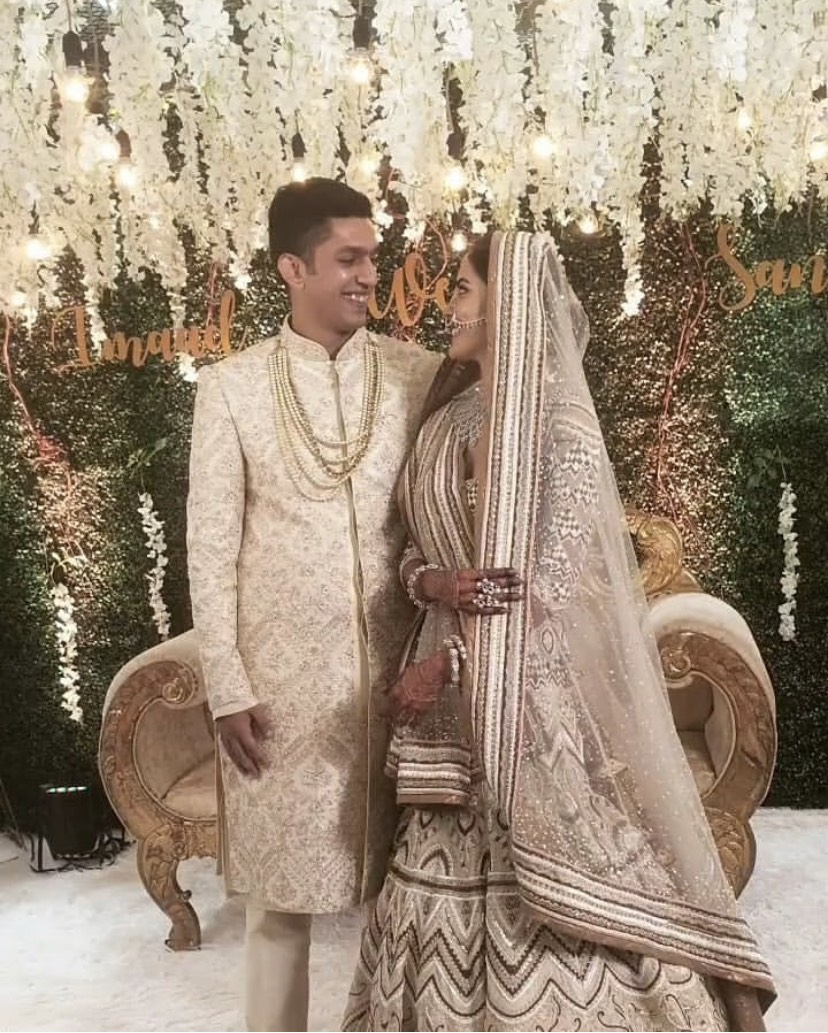 Besides their stunning wedding pictures and videos, Sana Sayyad and her husband, Imaad Shamsi's dance video from their fun-filled nikaah ceremony is going viral on the internet. A ring ceremony had also happened on the same day and a clip of the same is giving us major couple goals. In the video, Imaad can be seen getting down on his one knee and sliding a lovely ring onto the finger of his soulmate, Sana Sayyad. The beautiful moment was followed by huge cheers and jeers from the people around them. Last but not least, we came across a small video clip from Sana's vidaai ceremony, and her reaction are winning everyone's hearts on the internet.

It was on February 5, 2021, when Sana Sayyad had made her relationship with her boyfriend, Imaad Shamsi, official on her IG handle. She had shared a picture of herself twinning with her now husband, Imaad. The two of them had donned similar colour outfits and looked adorable as they posed for the camera. Sana had captioned this picture as "Idk what did I do to deserve you, but I'm just happy to be along for this ride thankie and IlY." 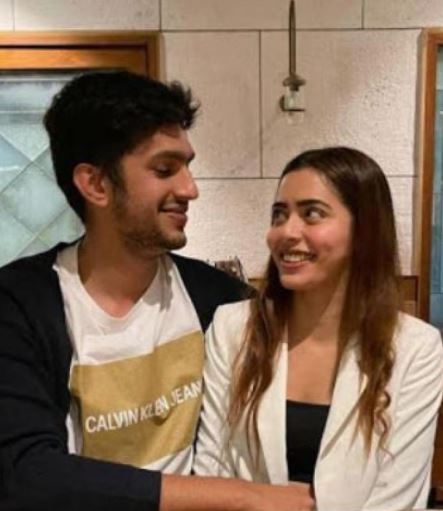 On June 23, 2021, Sana Sayyad's mehendi pictures had gone viral. The young actress was seen donning a pastel green lehenga for her special day. Sana had accessorised her look with a polki neckpiece, matching earrings and a maang teeka. Along with this, she had opted for a subtle look with a pretty side braid. 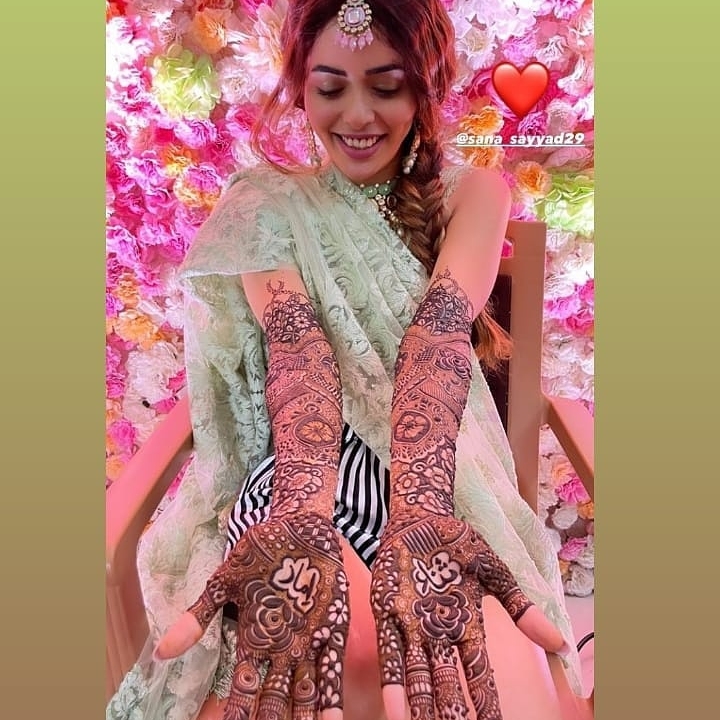 On June 21, 2021, Sana Sayyad's Divya Drishti co-star, Adhvik Mahajan had shared pictures from her intimate haldi ceremony. The young actress had looked ravishing as she had donned a yellow-coloured suit. However, what highlighted her look was the real flowers embellished dupatta. On the other hand, her groom-to-be had donned a white-coloured kurta-pyjama. 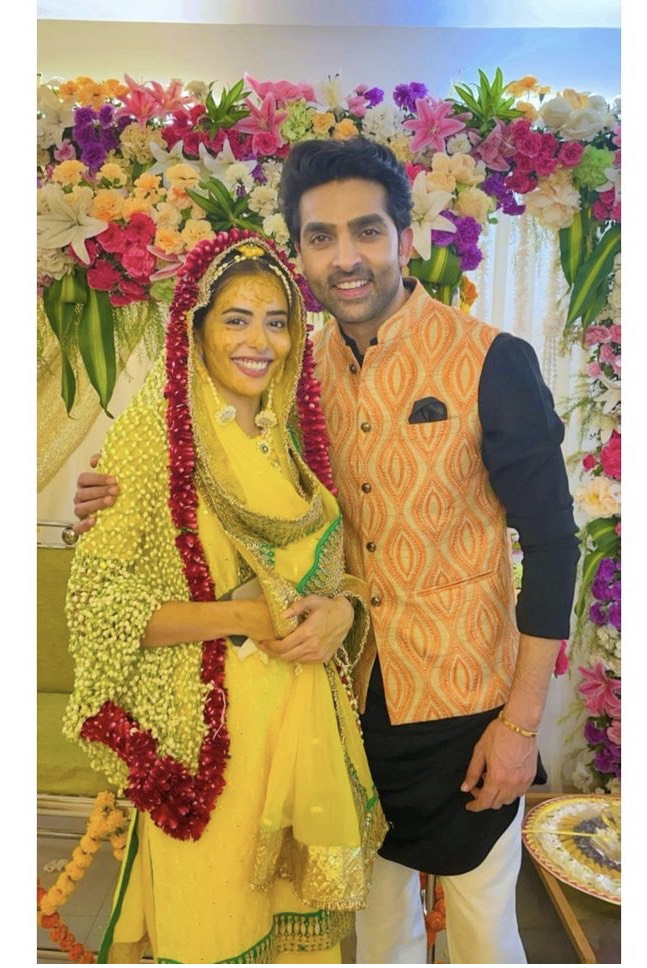 Sana Sayyad and Imaad Shamsi have known each other since their college days. We wish them all the happiness!