The actress-mommy, Sameera Reddy shared a collage of her snaps in support of real bodies and real pictures. Take a look at her weight loss journey!

The Maine Dil Tujhko Diya actress, Sameera Reddy had tied the knot with the entrepreneur, Akshai Varde on January 21, 2014. The couple had embarked on their journey of parenthood in 2015 when they had welcomed their first child, Hans Varde. Four years later, Sameera had given birth to a baby girl, Nyra Varde. The actress devotes all her time to her children and has been away from the silver screen for a long time now.

At the time of her son, Hans’ delivery, Sameera had weighed 105kgs. Her increased weight had become the reason for her postpartum depression. However, with time, the actress has become very vocal about body positivity and always emphasises on developing healthy habits. Apart from posting pictures and videos from her parenthood journey, she also takes to her social media handle to talk about her body and fitness. On June 25, 2021, Sameera Reddy took to her IG handle to share a collage of her pictures. Her post was about how pictures can be misleading. To demonstrate the same, she posted two pictures of herself, one in which she posed in a manner that made her look slimmer, while in the other, Sameera was seen with a belly and flab. 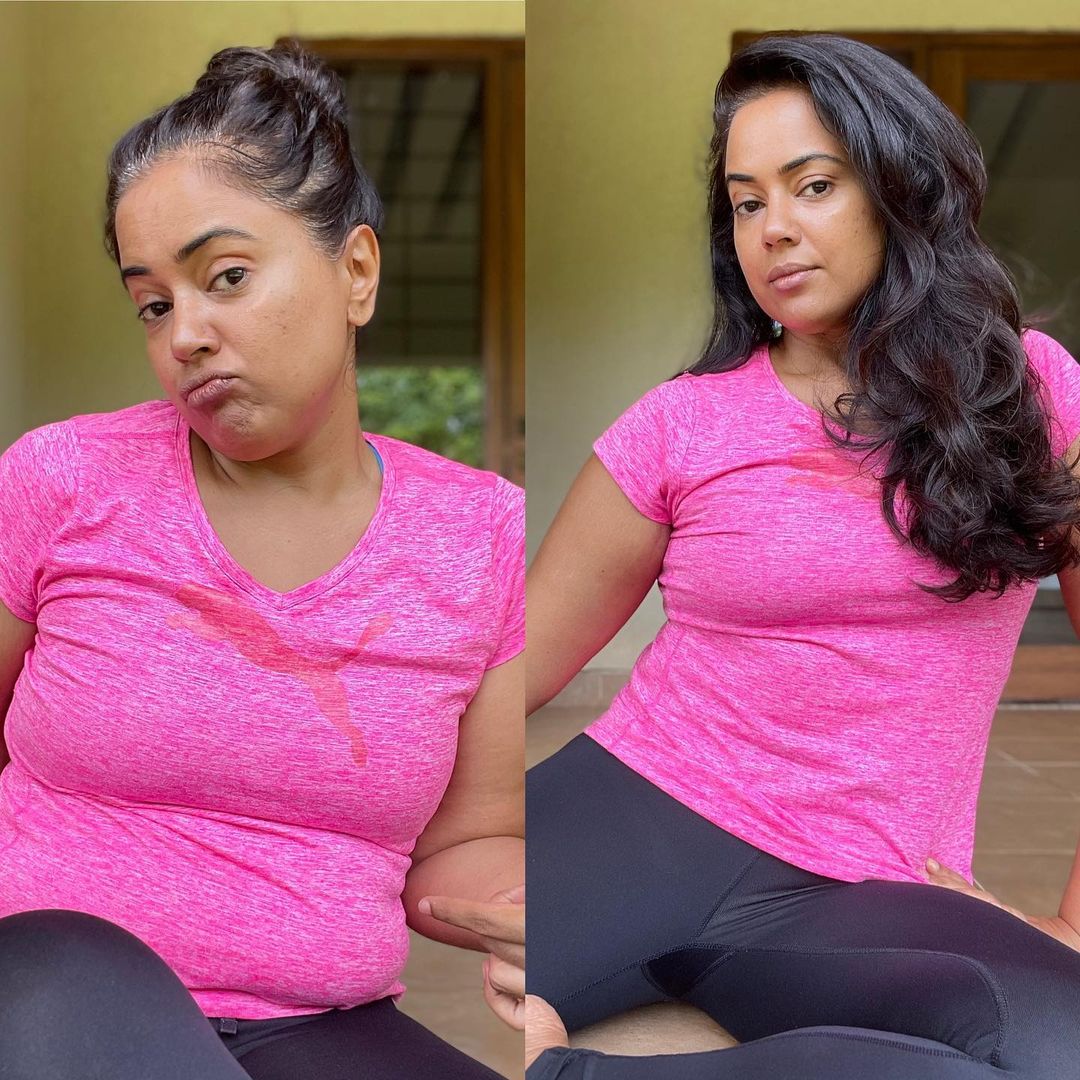 Alongside the post, Sameera penned a long note, in which she wrote about how accepting your own body is a positive approach in life. She also revealed the secret behind her weight loss journey. She is a person, who supports real pictures and real bodies over misleading snapshots. Her physical transformation after giving birth to two children has inspired so many mothers to look out for their own health and fitness. 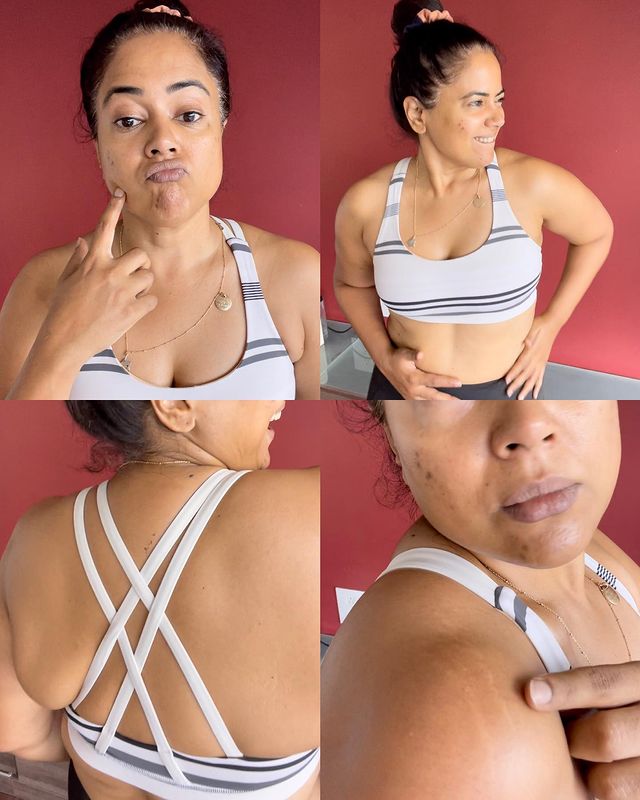 In the beginning, the Chakravyuh actress, Sameera Reddy opened up about her body and the dedication she has towards her fitness goal. She wrote, “Photos can be so misleading. On this #fitnessfriday I want to remind myself that what you see is not really what exists. Yes I workout and I’m seeing results but I do have a belly and flab which will go in a few months. I feel inspired when I see real bodies and real pictures. That is my #fitnessmotivation and it drives me to work harder.” 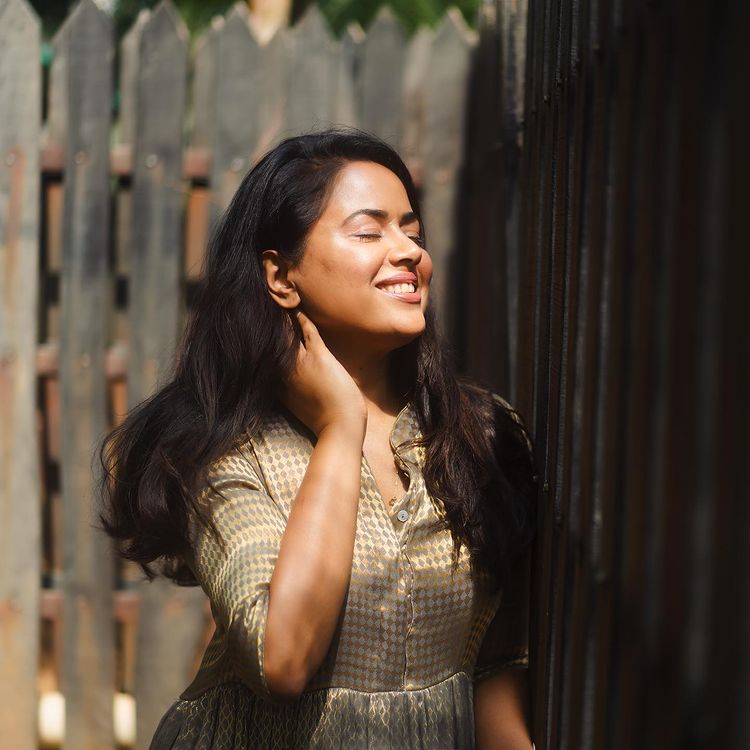 Sameera continued to update her fans about her new fitness regime and also felt thankful for the results. She added, “Update. I’ve had a good week. I’ve down an inch all over and that is because of the intermittent fasting and sugar control with dedicated yoga and badminton 4 times a week. I’m hoping to keep this up. I think I will make my Diwali Goal. How’s it going for you?” In Sameera’s previous Fitness Friday post, she had shared a picture, revealing her current weight, 89.6 kgs and had also mentioned about her goal of reaching 75 kgs. She had taken to her IG account and had shared how charged up she feels because of her day-to-day fitness and diet routine. She is undoubtedly an amazing example of body positivity. 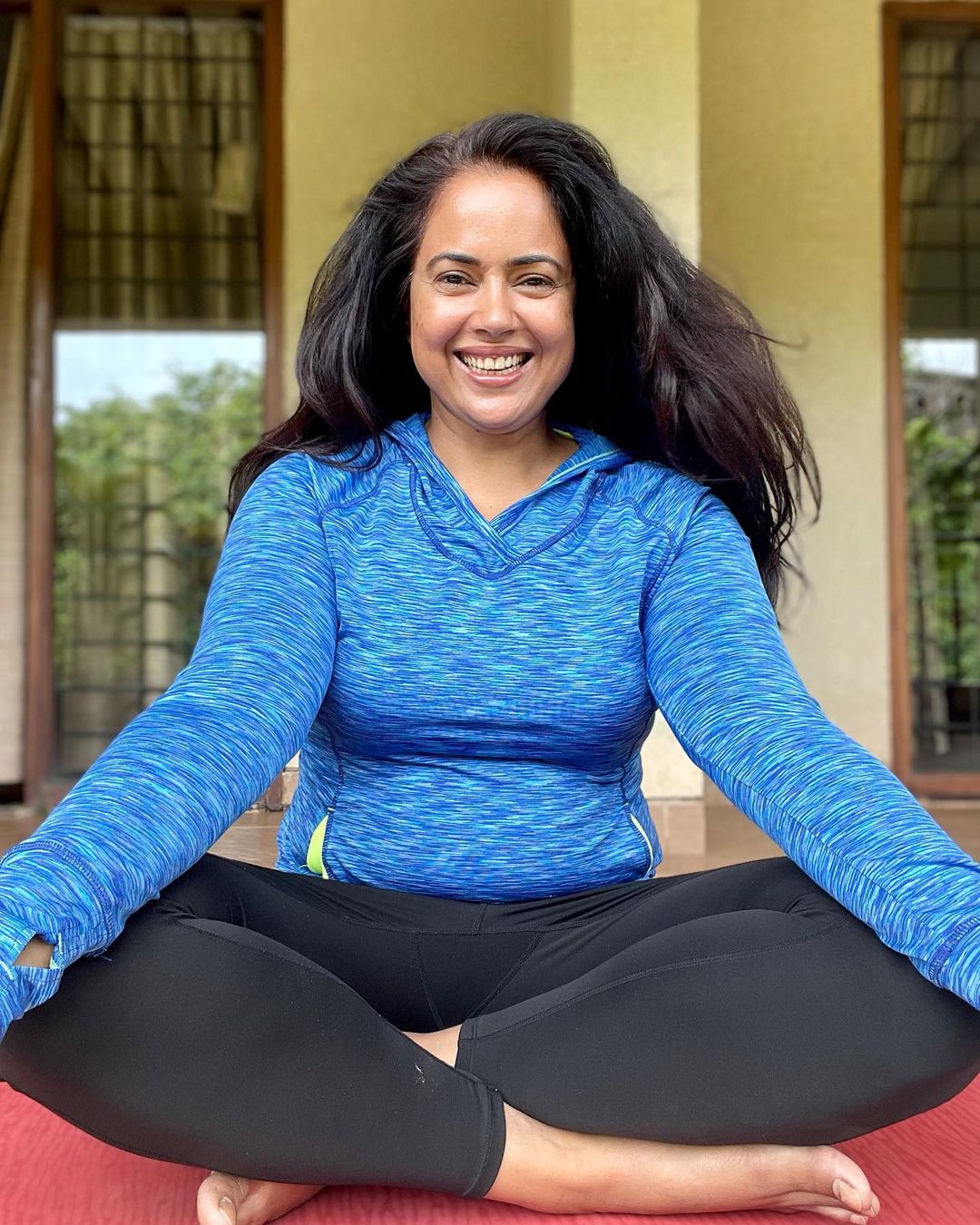 Sameera Reddy had made her last appearance in the Hindi film, Tezz in 2012. Sameera Reddy has always been an inspiration to millions. In a world full of beauty conscious minds, Sameera, despite being a part of the glamour world, flaunted and celebrated her true self. Whether it is being proud of her grey hair, flaunting a no-makeup look, or talking at lengths about