Sameera Reddy is acing the game of motherhood. On February 15, 2020, she took to her Instagram handle and shared a video where she was seen grooving with her kids. Take a look. 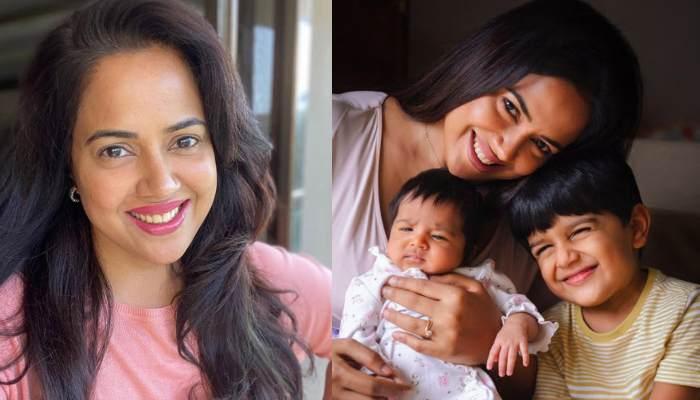 Although motherhood comes with its own share of pains but the feeling of being called ‘mumma’ is beyond words. A woman undergoes through a lot of physical as well as emotional turmoil during the course of her pregnancy, be it mid-night cravings or morning sickness. But when she realizes that a life is breathing inside her, she gets the courage to deal with anything in the world. Nothing in this universe can take the place of a mother as she is the only one who nurtures her child with her love and compassion. (Also Read: Akshay Kumar Asks For Suggestions To Take Revenge After Twinkle Khanna Changed His iPad's Password)

One such doting mother is actress, Sameera Reddy whose life revolves around her two little munchkins. Married to entrepreneur, Akshay Varde, Sameera had embraced motherhood for the first time on May 14, 2015, when she had welcomed her baby boy, Hans Varde. On July 12, 2019, Sameera had become a mother for the second time as she had welcomed a little princess and named her, Nyra. A doting wife and a caring mother, Sameera is a true inspiration to all the new mommies. As soon as she delivered Nyra, Sameera had resumed her work out and her amazing transformation had given major goals to new mothers.

On February 15, 2020, Sameera took to her Instagram handle and switched on her mommy swag as she grooved with her kids, Hans and Nyra. Along with the video, she wrote, “Mommy Swag… Getting into the weekend with @dualipa… feeling down? Try grooving to your favourite song! It’s such a stress buster!! #swag #momlife #keeponmoving #dontgiveup #lifeisgood #motherhood.”

On February 14, 2020, Sameera had posted an adorable picture of her little Valentines, Hans and Nyra. The two had looked adorable as they posed for their mommy. Along with the picture, Sameera had written, “My Valentine babies… happy to see his Little sis again! And I’m thrilled to have the chaos back in the house! Can’t handle these father-son boys trips without us girls!!! #family #first #always #brother #sister #happyvalentinesday #mybabies #baby #love.” (Also Read: Neeti Mohan And Nihaar Pandya Share A Song, 'Prem Sagar Mein Neeti Aur Nihaar' On First Anniversary) 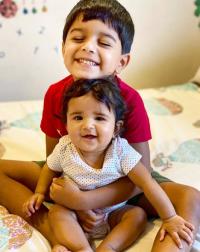 On November 17, 2019, Sameera had taken to her Instagram handle and had shared a beautiful picture of herself holding her tiny bundle of joy. Along with the picture, Sameera had written a heartfelt note which could be read as “To have a little girl is such joy! Can’t even understand how In our country the girl child was considered a burden. I say ‘was’ because I hope that mindset has really changed. I still hear how in big urban families they prefer the firstborn to be a boy but I can tell you as one of three girls in my family we have achieved more than any boy could have!” 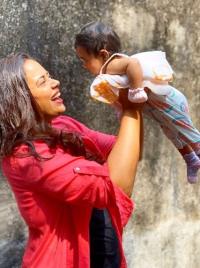 Postpartum depression is a very common thing that every new mother undergoes. Sameera Reddy is one of the few actors who had come out in open to admit about facing the same. Sameera had been quite vocal about undergoing postpartum depression after the birth of her son, Hans Varde. In an interview with the Hindustan Times, Sameera had opened up about the time she felt completely lost after delivering Hans. She had begun a campaign #ImperfectlyPerfect on social media to encourage people to love one's self. 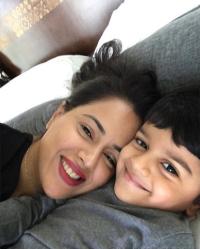 Sameera while addressing her postpartum depression had revealed, “Back then, I didn’t even realise I was suffering postpartum. When I complained that I was emotional, moody and feeling very disconnected, I was told, that they were the pregnancy blues. I went with that and kept thinking something is wrong with me. But later, when I consulted a doctor and opened up about my negative thoughts and how I was often feeling extremely low, that was when I was told that I had postpartum depression. As I waited too long to open up and get a diagnosis, it took me almost a year to get out of it.” Sameera had also retorted that with time, her perception about her body changed and she was more prepared when she was expecting Nyra. (Also Read: Arjun Kapoor And Malaika Arora Celebrate First Valentine's Day, Post Opening Up On Their Relation) 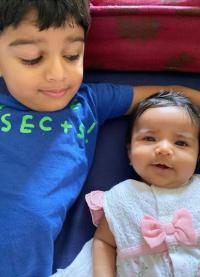 Well, we adore Sameera and her kids, Hans and Nyra. What do you think about her video? Let us know. 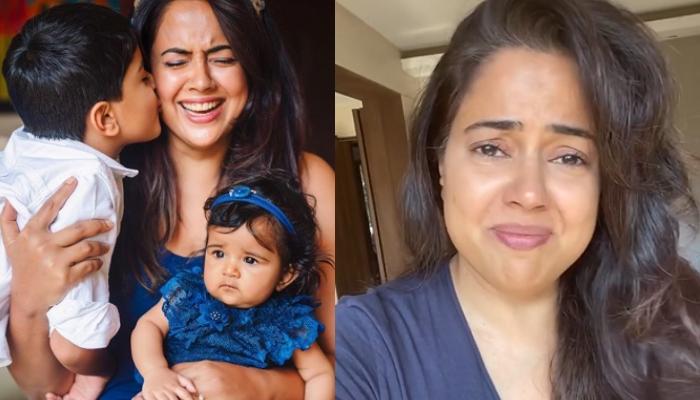 Motherhood is the best phase in every woman's life, from seeing her baby take the first step to cherish each and every moment spent with them, every moment is precious. Although it has its share of pains, however, the feeling of being called ‘mumma’ by the little one is out of