Samantha Akkineni Shares An Adorable Wish For Father-In-Law, Nagarjuna On His 61st Birthday

Samantha Akkineni Shares An Adorable Wish For Father-In-Law, Nagarjuna On His 61st Birthday

Tollywood’s superstar, Nagarjuna turned a year older and his doting daughter-in-law, Samantha Akkineni shared a heart-melting wish for him. 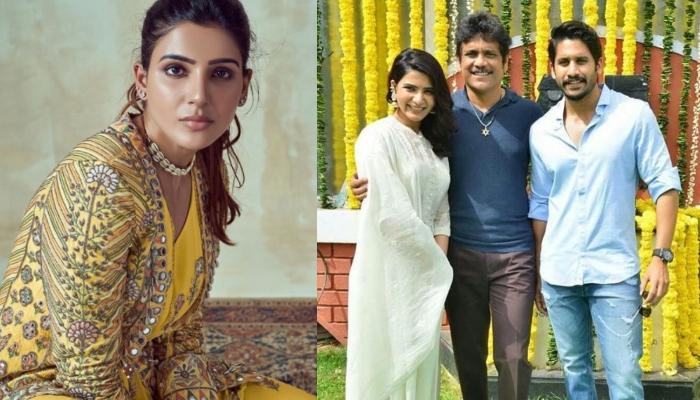 The feeling of being madly in love is quite beautiful but sharing the same feelings with your in-laws makes it perfect. Every new bride has a million mixed emotions when she gets married, but the thought of leaving her home gives her jitters. And exactly at this point, the role of in-laws comes into the picture. It is the duty of a bride's in-laws to make her feel home so that she doesn’t miss her parents after marriage. And Tollywood’s Akkineni family has done complete justice to it when they had welcomed their daughter-in-law, Samantha Akkineni into their family. (Also Read: Namrata Shirodkar Shares Glimpses Of Her Ganesh Utsav With Kids, Gautam And Sitara)

Samantha shares an adorable bond with her in-laws and specially with her father-in-law, Nagarjuna. She is quite active on social media and never misses an opportunity to share pictures with her sasur ji. On July 11, 2020, she had taken to her IG handle and had accepted the challenge ‘Hara Hai To Bhara Hai’ from Nagarjuna and had planted three saplings. She had shared pictures of the same where we could see her sasur ji helped her in planting those saplings. Along with the pictures, she had written, “I've accepted #HaraHaiTohBharaHai #GreenindiaChallenge from Nag mama. I planted 3 saplings.” 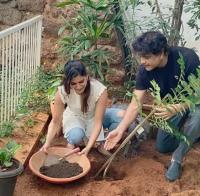 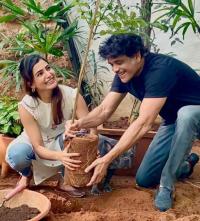 On August 29, 2020, Nagarjuna turned 61 and his doting bahu shared an adorable birthday wish for him. She took to her IG handle and shared a poster of his upcoming film, Wild Dog, which was unveiled on his birthday itself. Along with the poster, Samantha shared her excitement for the film and wrote, “Can’t wait for this #hbdkingnagarjuna” followed by a heart emoticon. 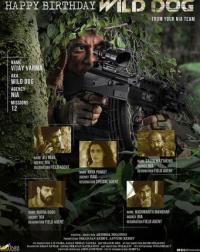 Last year on his birthday, Samantha had penned a heartfelt birthday wish for him, along with a picture of him. Her million-dollar note for her sasur ji could be read as “What everyone seeks you have found... just being around you I have learned to only look within for happiness... it is your beautiful mind, the creativity you bring to your life and the lives of the people you love… you have defeated age, my mama, #happybirthdayking You will continue to inspire generation after generation... you are pure goals.” (Also Read: Anushka-Virat Celebrate Their Baby Announcement With Team RCB, Her Baby Bump Makes Her Glow [Video]) 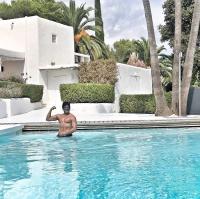 When he had turned 60 last year, his sons, Chaitanya Akkineni, Akhil Akkineni and the former’s wife, Samantha Akkineni had jetted off to Ibiza, to give him a surprise to remember. An India Today report had it that the younger lot of Akkinenis’ were to host a private party for the 60-year-old star. It was also stated in the report that there would be a week-long celebration on the occasion of Nagarjuna’s birthday! In the similar lines, Samantha had taken to her Instagram handle and had posted a full family glimpse, comprising of herself, hubby, Chaitanya, father-in-law, Nagarjuna, Chay's step-mother, Amala Akkineni and Chay’s half-brother, Akhil Akkineni from their holiday. Sharing the picture, she had written, “Nag mama says “Thank you for all the love... always and forever… your blessings matter the most.”” 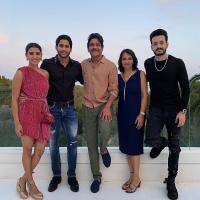 In the Telegu version of Feet Up With The Stars, Samatha Akkineni had shared the beauty of being a part of such a famous and amazing family. She had revealed, “Swear to God, there was no pressure. Both the families are like friends and are so open with their children and treat them like adults who are capable of making their own decisions without any fear. I feel it (being part of Akkineni and Daggubati family) has been more of a strength because I have the advice of amazing people. I can now call Suresh uncle and say, ‘I have this doubt’ and he’s like the wizard of the Telugu industry. If you can answer his questions, your film is a hit." And then, Samantha went on to reveal the name of the person, who adds colour to her life, “My father-in-law Nagarjuna. He is the bible on how to live your life." (Also Read: Rohit Sharma Receives A Perfect Send Off From Daughter, Samaira As He Leaves For IPL 2020 Training) 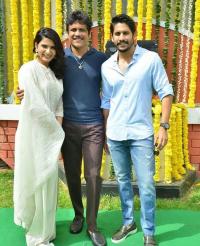