Namrata Shirodkar Shares Glimpses Of Her Ganesh Utsav With Kids, Gautam And Sitara

Namrata Shirodkar Shares Glimpses Of Her Ganesh Utsav With Kids, Gautam And Sitara

Namrata Shirodkar is quite active on social media. She shared glimpses of her Ganesh 'utsav' with kids, Sitara and Gautam. Take a look! 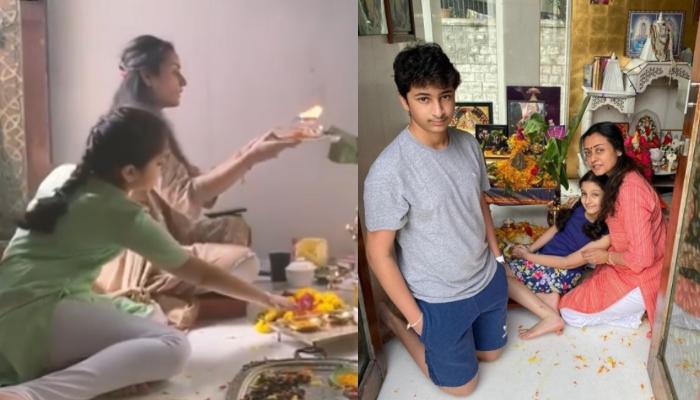 Festivals are one of the most awaited events of our lives as it brings happiness and joy into our lives. But unlike every year, this year was quite different as the global pandemic had ruined all our plans, making us opt for low-key celebrations. Ganesh utsav is one of the major festivals and every year, the entire nation witnesses a lot of pomp and show during this time. But this year, the scenario was completely different as people opted for a quite ceremony taking care of the social distancing norms. As the glamour world too choose to keep it low this year, actress, Namrata Shirodkar gave glimpses of her Ganpati utsav. (Also Read: Rohit Sharma Receives A Perfect Send Off From Daughter, Samaira As He Leaves For IPL 2020 Training)

Namrata Shirodkar had won million hearts when she was awarded the title of Miss India in 1993. With movies like Vaastav, Pukar, Astitva, and Bride and Prejudice to her credit, she had been applauded for her splendid performances. She had gotten married to the man of her dreams, superstar, Mahesh Babu and had left the glamour world for her family. Their love story had begun when the two were filming for the Telegu movie, Vamsi. The lovely couple is blessed with two adorable kids, 14-year-old son, Gautam Krishna, and 8-year old daughter, Sitara Ghattamaneni. 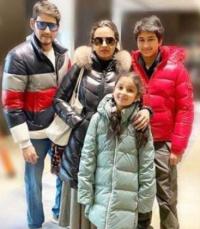 On August 28, 2020, Namrata took to her IG handle and shared glimpses of her Ganpati utsav. In the video, Namrata can be seen performing aarti to Lord Ganesha while daughter, Sitara can be seen plucking flower petals for the puja with brother, Gautam. Later the family was seen doing a home visarjan of the idol. Along with the video, Namrata wrote, “Ganpati Bappa Morya!! Pudchya varshi lavkar ya” which meant, “Oh Lord Ganesha, return soon next year.”

On August 22, 2020, Namrata had welcomed Ganpati Bappa home. She had taken to her IG handle and had shared pictures giving glimpses of the same. In the pictures, Namrata was seen posing with kids, Sitara and Gautam. Along with the pictures, Namrata had written, “Ganpati bappa Morya. He's home, bringing us love. Protecting us from all the challenges and assuring us all will be well. Prayers and blessings to all celebrating him today and everyday #GoGreen #StaySafe.” (Also Read: Sushant Singh Rajput And Sara Ali Khan's Bangkok Trip Details Revealed By His Ex-Assistant, Sabir) 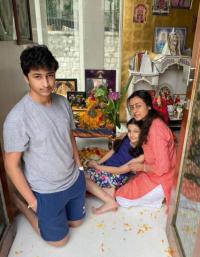 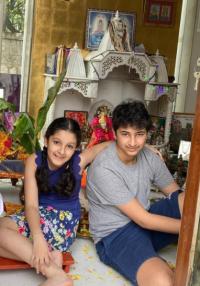 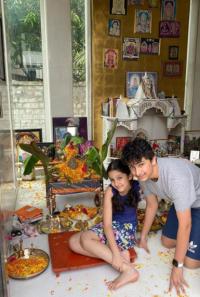 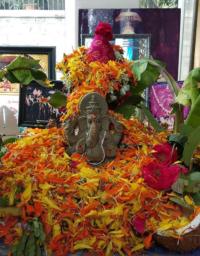 Namrata shares an adorable bond with her kids, Gautam and Sitara and often treat her fans with their family pictures. On July 8, 2020, Namrata had taken to her Instagram handle and had shared a picture of her game nights with Sitara and Gautam. Along with the picture, Namrata had written how her kids had asked her to cover up as she sneezed while playing. Her note could be read as “Talk about awareness!! It’s on another level!  After a simple innocent sneeze was told by my uno gang to cover up. Lockdown trivia #gamenights #coronaeffect #birthdayweek so I’m being kind and doing as asked.” 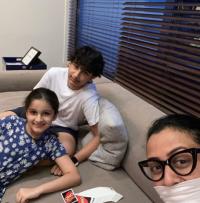 On June 30, 2020, Namrata had hosted an 'Ask Me Anything' session on her Instagram handle, wherein she had answered many questions of her fans. During her interaction, one of the fans had asked her to show her forearm tattoo and the beautiful actress had immediately clicked a picture of the same. In the picture, we could see her superstar husband, Mahesh Babu’s name on her forearm. We had also spotted her kids, Sitara and Gautam's name written in Devnagri. Another fan had questioned her about the moment when she had realised that she is in love with Mahesh Babu. To this, the actress had replied, "It was the last day of 52-day long outdoor schedule in New Zealand. That's when it hit me." (Also Read: Karanvir Bohra Reveals How His Daughters Are Reacting To The Baby Bump Of Their Mommy, Teejay Sidhu) 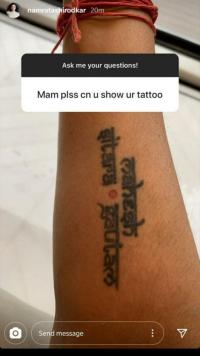 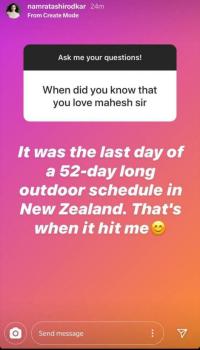 What do you think about Namrata’s Ganesh utsav? Let us know. 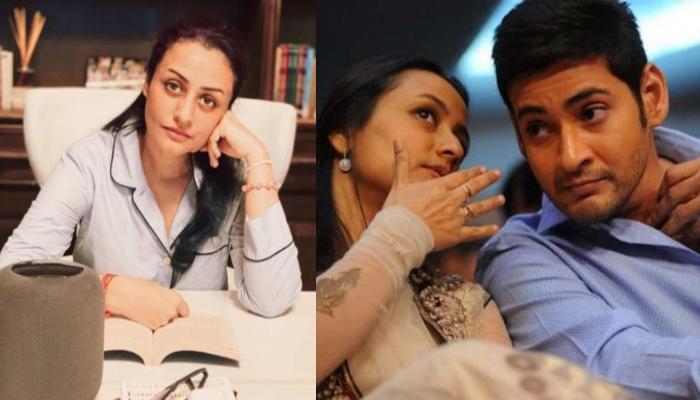