To seek blessings for her film, 'Jaanu', Samantha Akkineni visited the Tirupati temple and while interacting with fans, one of them blessed her to have a baby soon. Scroll to see how she reacted. Just how in no time a lunch/dinner date spotting of two people gives rise to dating speculations in the world of entertainment, the couple enjoying their courtship period are surrounded with conjectures about their apparent wedding. And the ones who are making the best of their married life are prodded with questions on the next ‘update’ on their lives, i.e., when the couple will embrace parenthood. And the scenario is no different for the South Indian film fraternity’s star couple, Samantha Akkineni and Naga Chaitanya. (Also Read: Mira Kapoor Shares A Monochrome Picture With Shahid Kapoor, Proves That Their Love Needs No Caption)

It was on October 06, 2017, when, shattering millions of hearts, Samantha Akkineni and Naga Chaitanya had exchanged wedding vows and became each other’s forever. From decking up for weddings, dancing with one another, going on dinner dates, social media PDAs to channelling their inner child, Samantha and Chay (as everyone fondly calls him), are sheer goals! In October 2019, Samantha and Chay had completed two years of their marital bliss, but it is the pregnancy speculations that don’t seem to cease. 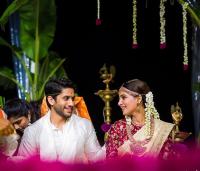 Samantha Akkineni and Naga Chaitanya are riding high on the professional front and are enjoying the most of their personal life amidst hectic schedules. To seek blessings from God for her film, Jaanu, Samantha visited the Tirupati temple and an incident while exiting made her blush. Dressed in a beautiful magenta-coloured kurta with yellow print, Samantha interacted with her fans while exiting the temple by shaking hands with them. As per a Pinkvilla report, a fan blessed her for having a baby soon and it left Samantha smiling and blushing. A woman asked Samantha if it's a baby girl or a boy, to which Samantha smiled.

In a 2019 interview with Sakshi.com, Naga Chaitanya had answered the most-asked question about their life, which is, when will the couple embrace parenthood? An all-sporty Chay had shared with the portal that the ‘good news’ might come soon! The doting hubby had also described his current life state as 'beautiful'. The Venky Mama star had further shared that he is very thankful to his life and there is nothing more that he wants to ask from it! 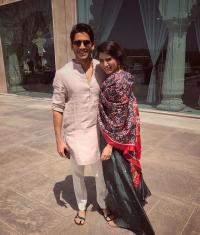 But it was a savage reply from his wife, Samantha Akkineni that had made us go ROFL. A few months back, Samantha had a hilarious prophecy ready about welcoming a 'third member' in her and hubby, Naga Chaitanya’s life. Samantha was travelling and was bored at the airport because her flight had gotten delayed. To while away time, she had interacted with her fans via a Q & A session on Instagram. And that’s when a fan had asked her, “When your kid will come?” To which, Samantha had a hilarious reply, “For all those interested in the functioning of my body, I'm gonna have a baby on August 7th, 7 am, Twenty Twenty two (2022).” Isn’t that savage? (Also Read: Riteish Deshmukh Piggybacking Genelia Deshmukh On Shoulders For A Picture Makes Him Best Hubby Ever)

A few months back, rumours were rife that Samantha Akkineni and Naga Chaitanya were expecting their first child. But the couple had refuted all such rumours and Samantha was quoted as saying in an interview with Film Companion South, “I have put a date as to when I want my baby. The date has been fixed! Like, as if that’s going to happen according to the date we have fixed! But Chay (Naga Chaitanya) seems to be certain that it will happen on the assigned date!” 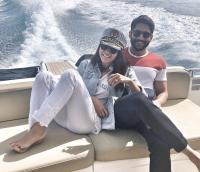 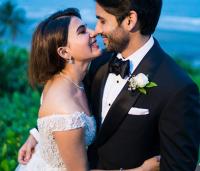 In mid-June 2019, when Samantha Akkineni had changed her Twitter name to Baby Akkineni, it had created a storm in the media. Soon, speculations made it to the headlines if Samantha and Naga Chaitanya were expecting their first child. However, it was later clarified that Samantha was just promoting her film, Oh Baby. Samantha had always addressed the pregnancy rumours with a perfect combination of dignity and wit. Replying to a media report which stated that she’s pregnant, Samantha had written, "Damnnn ....... is she? When you find out please let us know." (Also Read: Kamya Panjabi Looks Stunning On Her 'Mehendi' Night, Dances Her Heart Out With Fiance, Shalabh Dang) 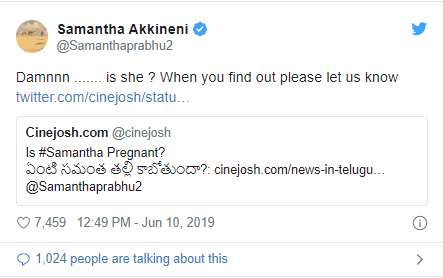 The one who loves you with an open heart with all your flaws is the dream partner of everyone, without a doubt. However, it's not an easy task to find that person. But if you'll try, you can find your soulmate even in the people that are poles apart from you.