Babies are the biggest blessing of God and having one is definitely a thrilling experience. And apart from the conventional options of having kids, there are many other options available with which one can have the pleasure of embracing parenthood. 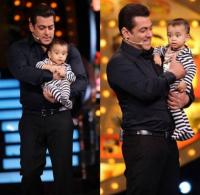 There is one actor of Bollywood who has been asked about his marriage plans in almost every interview and reality shows he has been in, but he has always dogged the question. Yes, we are talking about none other than Bigg Boss host Salman Khan. This year Salman will be turning 52 on December 27, and he is someone who has maintained distance from marriage as he feels he is not a husband material.

But we have all seen the actor’s love for children specially his sister Arpita Khan’s son Ahil. We saw him playing with Ahil, feeding him and we have also seen Ahil feeding his mamu. And after watching his bonding with Ahil, we are sure that he is definitely father type. There are hints that our bhai of Bollywood is planning to follow the footsteps of his fellow single dads (Karan and Tusshar) and will embrace fatherhood through surrogacy.

Also Read: Tusshar Kapoor Gets Candid About Being A Single Parent To A Surrogate Baby 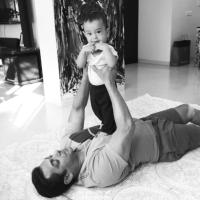 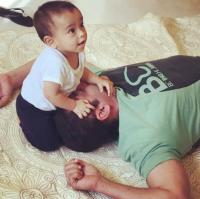 According to leading daily reports, Salman is planning to have a child in the next 2 years. He also mentioned that his parents are looking forward to becoming grandparents again and so there are chances that he might think about fulfilling his parent’s wish. In a statement to The Times Of India, he said:

“I do want to have a child, but with child, the mother comes. And when the mother comes, big complications happen as I am not the husband material. I am the father type. It will be unfair for anyone to think that I will change him. I will not change. I sometimes feel surrogate type ka ho jaye, but then look how close we are to our mothers so when the kid grows up he or she will ask maa kaun? They will then think that my father for his own selfish reasons has kept us without a mother. And then my parents too would like to see my children. So it’s all very complex.”

The actor also admitted that having a child now would mean that when his child will turn 20, he would be 70. But he also wants to fulfill his parent’s wish to see him as a father. 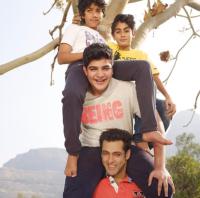 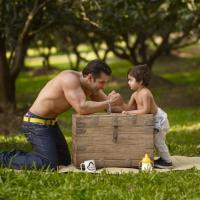 We all know Salman would be a great dad because we have seen how much love his nephews get from their mamu/chachu. And after watching other Bollywood celebs embracing parenthood with such grace, we just can’t wait to see the most eligible bachelor of Bollywood following their path. Even this hint of him thinking about being a father has made us so happy, that we are all waiting for the good news from the actor soon.

NEXT READ: Karan Johar Writes A Heartfelt Letter For His Babies And It Will Bring Tears To Your Eyes