Salman Khan is very fond of his younger sister, Arpita Khan Sharma and is very protective of her. On December 27, 2019, Salman will turn 54 and will be celebrating the day with his sister.

The relationship that a brother shares with his sister is like that of Tom and Jerry. They will fight with each other, make fun of each other, pull each other’s leg but will never hurt each other. they will always stand by one another like a pillar of strength and will fight with the whole world just for you. No matter how far you go from each other, your hearts will always be connected, and the unsaid bond will always keep you together. Such is the bond between a brother and his sister. A similar bond is shared by Salman Khan with his sisters, Alvira Agnihotri and Arpita Khan Sharma. (Recommended Read: Soha Ali Khan Shares Her Excitement On Working With Her Hubby, Kunal Kemmu After 10 years)

Salman Khan is a complete family man who loves to spend time with his family members and have always stood by them in difficult situations. Salman is always supportive of all his siblings and helps them in every possible situation but among his siblings, his favourite is his younger sister, Arpita Khan Sharma. She is the jaan of Khan and Sharma pariwaar and is pampered by all. Arpita is expecting her second child with hubby, Aayush Sharma and is radiating the pregnancy glow. Arpita and Aayush are proud parents to little wonder, Ahil Sharma, who is Salman’s jaan. On December 27, 2019, Salman Khan will turn 54 and like every year, we were expecting he will be celebrating his birthday with his close friends and family members at his Galaxy apartments. But, for this year’s birthday, Salman has different plans and it will not be at his residence. As per a Miss Malini report, Salman is planning to celebrate his birthday with her younger sister, Arpita Khan Sharma. Salman told an entertainment portal, “There are no plans for my birthday. My sister Arpita (Sharma) is pregnant, so I’m going to spend time with her.” 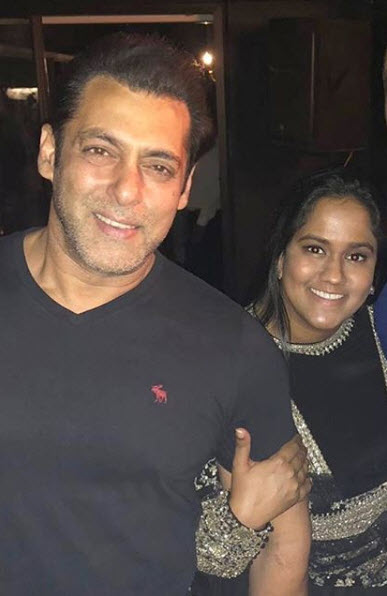 When Aayush Sharma had confirmed his wife, Arpita Khan Sharma’s second pregnancy it was reported that her due date will be in the month of January 2020. But as per update by Mumbai Mirror about Arpita’s pregnancy, it was stated that the soon-to-be second-time parents are planning to welcome their baby via caesarean section. Reportedly, they want the little one to arrive on Salman Khan’s birthday i.e., December 27, 2019 and have scheduled the delivery at a city hospital. 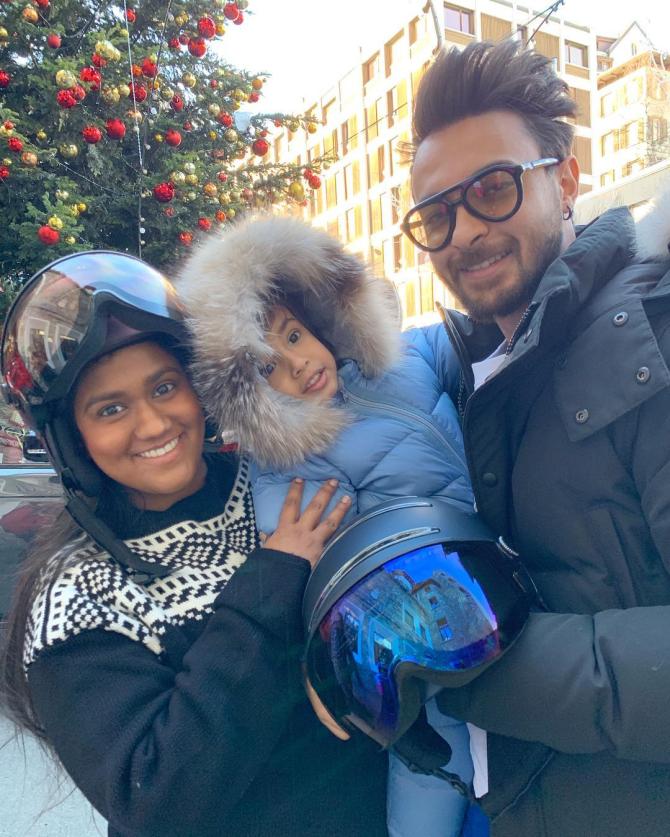 Salman Khan is not only a doting brother but a loving mammu also. He loves to spend time with Arpita and Aayush’s little boy, Ahil. Arpita loves to share snippets about their bonding to her social media handle and in one of the posts of Salman and Ahil, Arpita had written, “My life in one frame My brother and My son. Thank you, god, for the choicest blessing." Aayush Sharma had once shared how only Ahil can dare to wake up Salman bhai when the latter is sleeping. The Loveyatri actor had told a media portal, “With Salman bhai, Arpita has been more like his daughter than a sister. He’s always taking care of her like a daughter. Now Arpita and his son is even special. It’s not just for Salman bhai, but the whole family. Salman bhai also gets a little break with Ahil. If Ahil wants bhai to get up, he’ll pull him and bhai doesn’t say anything to him. But we’re not allowed. He gets away with everything. Ahil doesn’t sleep before 4 am. He likes to party with us. Bhai even takes Ahil with him to shoot." 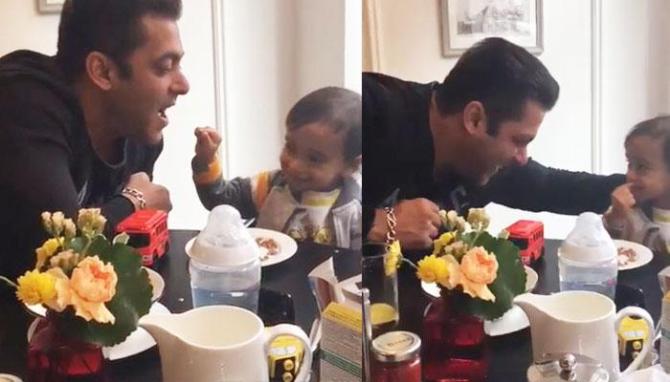 The entire nation is eagerly waiting to see Salman Khan as a groom but he has some different plans and wants to adopt kids through surrogacy. In an interview with The Times of India in 2017, he was quoted as saying, “I do want to have a child, but with a child, the mother comes. And when the mother comes, big complications happen as I am not the husband material. I am the father type. It will be unfair for anyone to think that I will change him. I will not change. I sometimes feel surrogate type ka ho jaye, but then look how close we are to our mothers so when the kid grows up he or she will ask maa kaun? They will then think that my father for his own selfish reasons has kept us without a mother. And then my parents too would like to see my children. So it’s all very complex.” (Must Read: Genelia Deshmukh's Heartfelt Birthday Wish For Hubby, Riteish Deshmukh Is Pure Love) 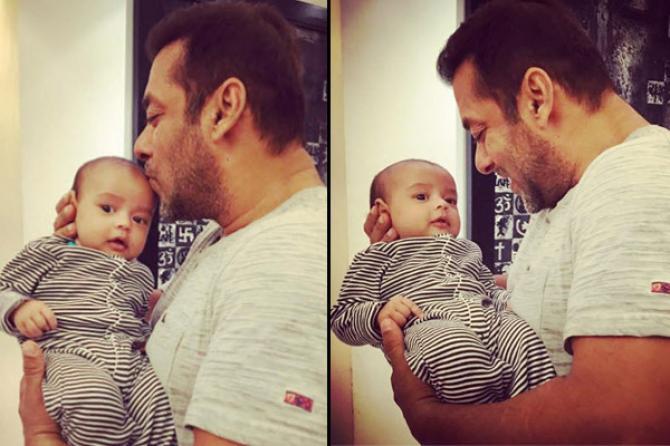 When a family welcomes a child in the house, all the members gather around him/her all the time and do everything to get the little one's attention. Such is the charm of a newborn baby! From trying to put the child to sleep to help him/her say the first word,