After all the celebrity weddings have been wrapped up, we thought Bollywood would rest for a little bit. But parties are one thing which never stop in the film fraternity. You must have guessed by now, what are we talking about. Yes, the mention is about Christmas parties! After the Kapoors' Christmas lunch, it was time for Loveyatri actor, Aayush Sharma and Arpita Khan Sharma to host the Christmas bash last night, December 25, 2018. (You May Like: Sara Ali Khan Was A Bossy Kid Who Used To Boss Around The Sets Of Mom Amrita Singh's Show)

Aayush and Arpita organised the Xmas party on behalf of their son, Ahil Sharma. And guess who all attended the bash? Yes, the Khan brothers- Salman Khan, Sohail Khan and Arbaaz Khan were present at their nephew, Ahil Sharma's Christmas party. And thanks to Salman's stylist, Ashley Rebello that we got our hands on a video in which Salman, Sohail and Arbaaz are seen dancing to the jingles and carols and it's the best Christmas gift for any Bollywood fan. Ashley captioned the video as, "The 3 stooges this #christmas fab time at ahils s Christmas party @beingsalmankhan @arbaazkhanofficial @arpitakhansharma." Take a look:

Salman Khan himself took to his Instagram handle to share a video from Ahil's Christmas party and to wish his fans. He shared the following video:

Salman Khan and his nephew, Ahil Sharma share an adorable maamu-bhanja bond with each other. In fact, Ahil's father, Aayush Sharma once shared with a media portal that only Ahil can dare to wake up Salman from his sleep. Aayush had said, "With Salman bhai, Arpita has been more like his daughter than a sister. He’s always taking care of her like a daughter. Now Arpita and his son is even special. It’s not just for Salman bhai, but the whole family. Salman bhai also gets a little break with Ahil. If Ahil wants bhai to get up, he’ll pull him and bhai doesn’t say anything to him. But we’re not allowed. He gets away with everything. Ahil doesn’t sleep before 4 am. He likes to party with us. Bhai even takes Ahil with him to shoot." (Suggested Read: Taimur Ali Khan Celebrates Christmas Eve With Pataudi Clan Including Sara, Saif, Kareena And Ibrahim) 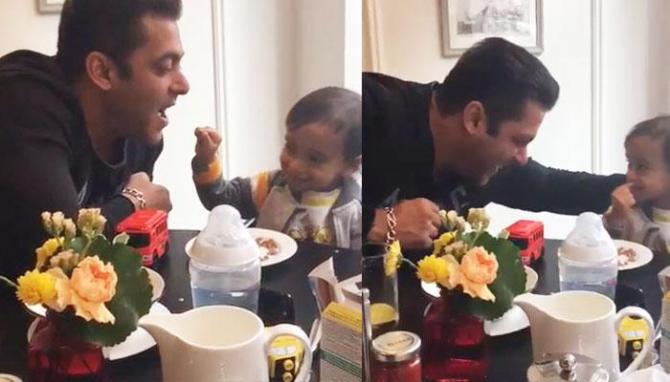 Ahil's mom, Arpita shared a video a couple of months ago in which her munchkin could be seen enjoying his first-ever canvas painting session with Salman Khan. She captioned the video as, "Ahil’s first painting on canvas escapade with Mamu @beingsalmankhan #lovetakesover #loveislove #blessed. Thank you @diekomirza for the lovely video." Take a look:

Coming back to the three Khan brothers, and Arpita Khan, the three have often shared how protective they are about their sister. In an interview, Salman shared how Aayush was accepted into the family, "We brothers wake up late. And all such proposals came early in the morning. We were (that time) making a film titled My Punjabi Nikah, that’s still under production. So we were looking for a new boy. After a month Sohail said ‘I’ve seen a guy in the gym. He is the ideal casting for My Punjabi Nikah." He had further added, “I said that’s great, let’s sign him. But then that guy simply vanished and reappeared after three months. We met that guy (referring to Aayush Sharma) at our home when our sister (Arpita) brought him and said I want to marry him. We agreed, and then Sohail told me, ‘remember I told you about that boy at the gym for that film? He’s the boy!’ I said ‘great, now our film will be made for free.’ So nepotism doesn’t suit him! (laughs).” 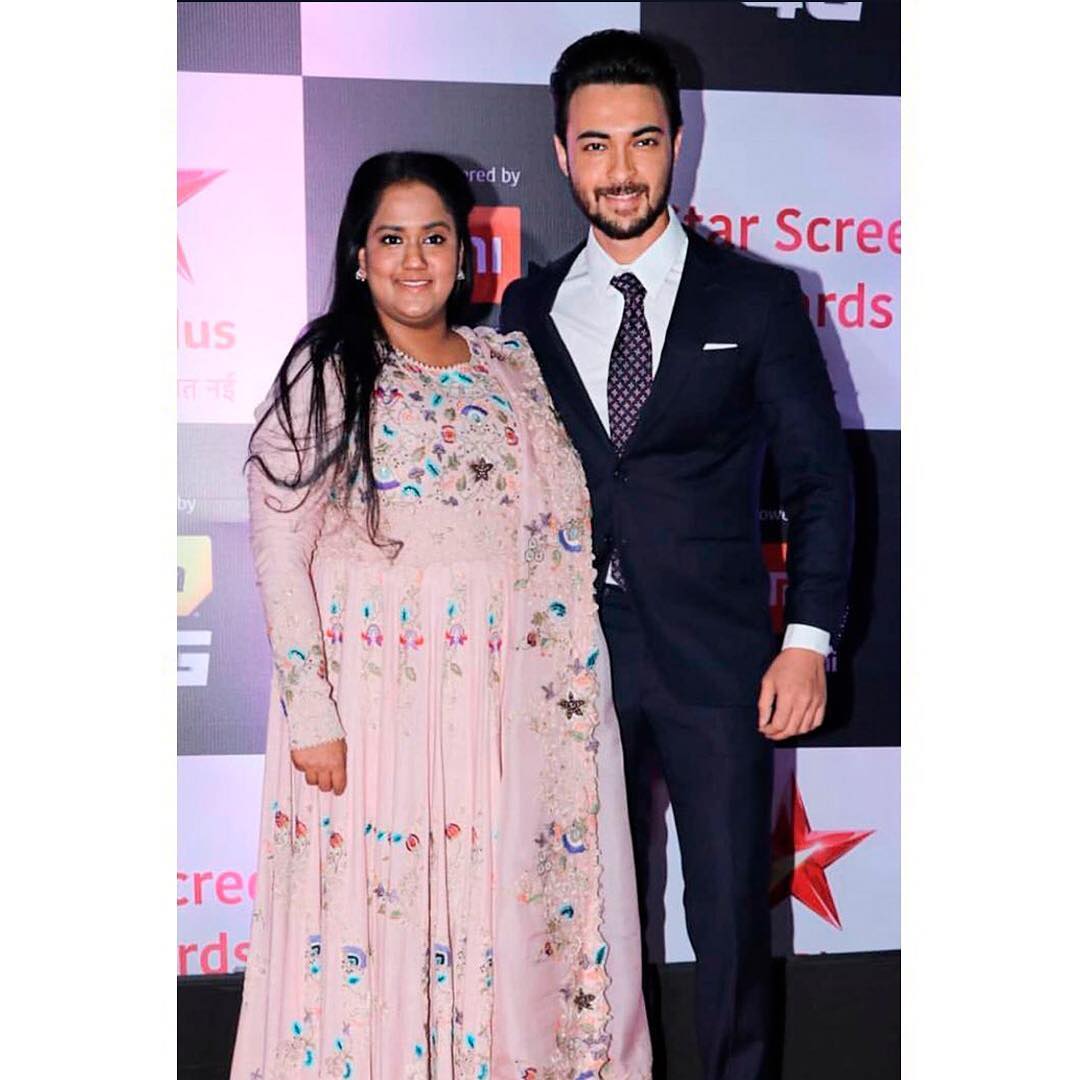 Talking about Arpita and Aayush, the latter has always spoken reverently about his wife, In an interview earlier, Aayush had revealed how his wife, Arpita has always been supportive of him. He had shared, “She (Arpita) said, Listen you have to do it for me, for our son Ahil, for yourself...Like one day I had to do an action sequence in Gujarat. But I was unwell. Arpita told me on the phone, You can declare a pack-up. No problem. But remember, when one day Ahil goes on the set, he should hear that his father used to perform like this and under such conditions. That will motivate Ahil to work harder. Arpita’s one person, who never gives up. On days when I come home tired, she says, Be grateful you have work. There are many, who wait for this opportunity. So, don’t let it go”.(Don't Miss: Deepika And Ranveer Look Like A Perfect Couple At Kapil Sharma And Ginni Chatrath's Mumbai Reception) 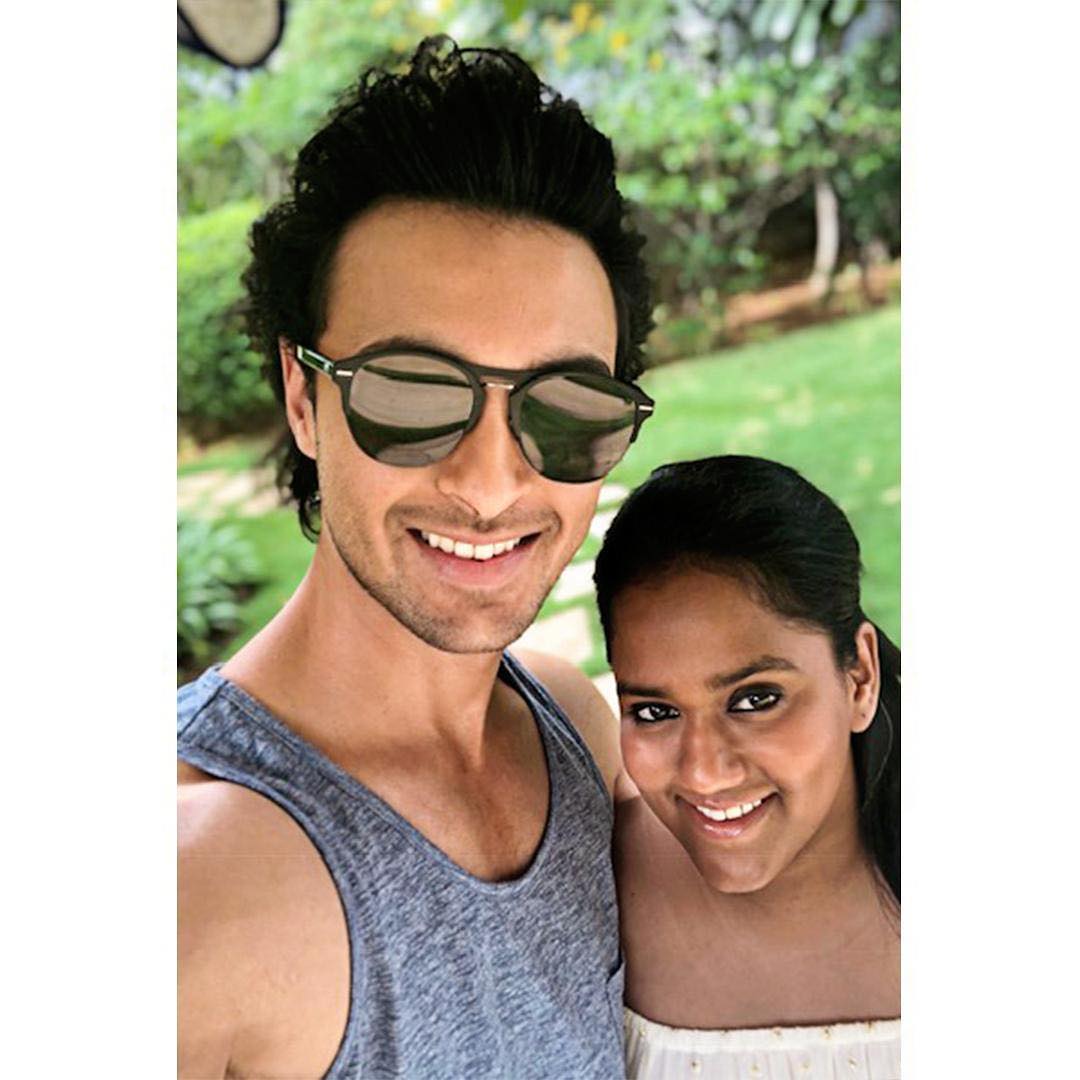