Kamli in Sanju and Vicky in Manmarziyan are roles which are not every actor's cup of tea. But the way Vicky Kaushal portrayed these characters on the silver screen, it was unmatched. 2018 was surely Vicky Kaushal's year in Bollywood with his filmography boasting of brilliant films like- Raazi, Lust Stories, Love Per Square Foot, Sanju and Manmarziyaan. Every director and actor wants to work with this 29-year-old lad, and rightfully so. (Suggested Read: Rohit Suchanti On Srishty Rode And Manish Naggdev's Breakup, Says He Didn't Cross The Line)

One actress who has also been smitten by Vicky's charm is Katrina Kaif. The Zero actress recently shared on Koffee with Karan that she and Vicky would look great together on the screen. When Vicky made his appearance on the show, and Karan asked him to reply to Katrina's statement, he was shocked and bowled over. Take a look at his reaction here:

Katrina Kaif Reveals Every Time She Is Upset, Salman Khan Shows Up From Nowhere Vicky Kaushal has now proposed to Katrina Kaid at the recently concluded Star Screen Awards. When Katrina came face to face with Vicky, he asked her why don't you find a good boy like Vicky Kaushal and get married? To this Katrina was left speechless for a few seconds, and asked him, "what?" Vicky then wittily started singing Salman Khan's song Mujhse Shaadi Karogi. We all know about the past between Katrina Kaif and Salman Khan, and he was present in the audience. Check out Salman's reaction when Vicky proposed Katrina to marry him and it will remind you of Vicky's reaction from Koffee with Karan: 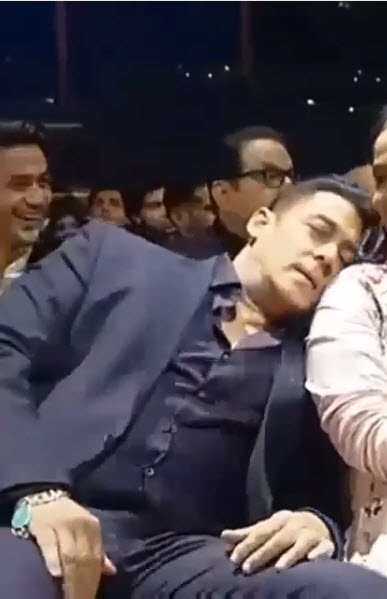 Post Koffee with Karan episode, when Vicky was asked to comment on Katrina's statement by a media group, he had replied, "I was surprised that she knows about my existence. But the love that is coming my way is great." (Don't Miss: Hrithik Roshan Attends Ex-Wife Sussanne Khan's Father Sanjay Khan's Birthday Bash, Pictures Inside)

At every interview and talk show, Salman Khan is only asked one question- "When are you going to marry?" And the one lady who pops up in everybody's mind, is Katrina Kaif. Recently, during the promotions of Zero, Katrina had shared that Salman appears out of nowhere whenever she is upset. Katrina had said, "Salman is a dear friend, and the best, seemingly bizarre thing, is that we may not speak for weeks, even months. But during this period, if something happens to upset me, he will suddenly show up." 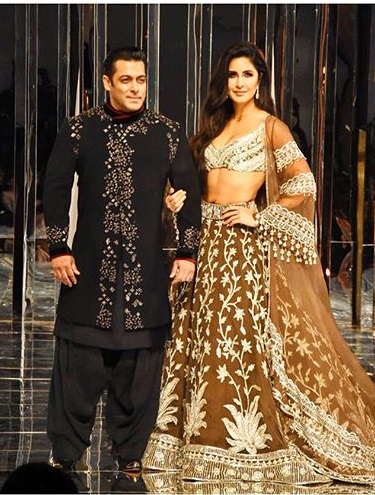 The Bharat actress had further said, “It's strange because, at such times, I haven't confided in anyone for him to know yet he's there. It's just a strange coincidence and yet somehow comforting. Nothing needs to be said or done, but just the fact that it happens is reassuring. Beyond that, I also feel blessed to have my six sisters and mother who are a great source of support.”

Vicky Kaushal, on the other hand, is dating actress Harleen Sethi. When Harleen was asked about the same in an interview, she said, "We share a good bond, there is a kind of comfort level we have that is wonderful.” In another interview with SpotboyE, she had shared, “I just want to say that we share a very good comfort level. And we are getting to know each other. Par usse aage kuch nahi bolna chahungi main.”

Talking about marriage and relationships, the Masaan star once told The Indian Express, “I don’t believe in a relationship of convenience, personally. I am an introvert, not that much now after getting into acting, but in a relationship sense. I believe in becoming friends first and in knowing each other. It is a very old school way of getting into a relationship, even if it is a love at first sight. Relationship of convenience has never happened to me, so I cannot talk much about it. In the film, we have explored both – negative and positive side – of being in such a relationship.” (You May Like: Aishwarya Rai Didn't Know What 'Roka' Meant Before Her Marriage, Recalls How Sudden It Was For Her) 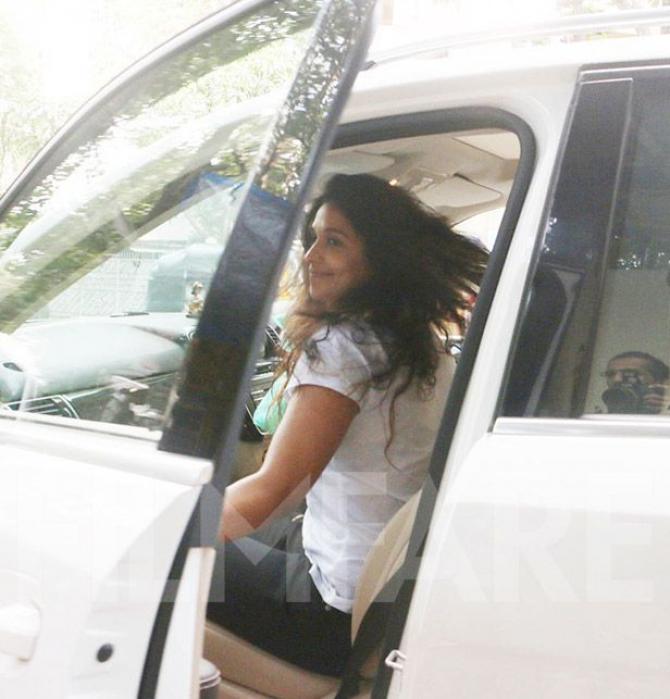 Salman Khan's reaction when Vicky Kausal proposed Katrina Kaif is epic, isn't it? Doesn't it seem that he tried to imitate Vicky's reaction from Koffee with Karan? Share your comments below.

Katrina Kaif Reveals Every Time She Is Upset, Salman Khan Shows Up From Nowhere