Birthdays are special and it becomes super special when celebrated with your friends. Recently, Salman Khan and his rumoured girlfriend, Iulia Vantur celebrate Sangeeta Bijlani’s birthday. 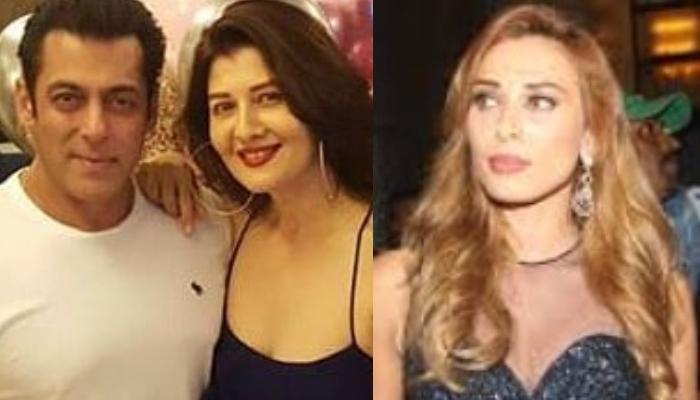 You might love him or you might hate him, but you just cannot simply ignore the charm of superstar, Salman Khan. For some he is a bhai, for some, he is an epitome of fun, but in the midst of acing all the roles, everyone knows him best for his friendship. The actor has been ruling the industry for over two decades and still, his dosti qissas are the most popular among the millenniums. (Recommend Read: Neetu Kapoor's Mother Used To Send Her Cousin Along On Dinner Dates With Then BF, Rishi Kapoor)

We all have grown up watching Salman's films and we loved them all, no matter what the critics say. And the actor keeps a special place booked for the people, who have been part of his journey called life. However, it is the special bond he shares with his ex-girlfriend, Sangeeta Bijlani that shows off his other side. Yesterday, on July 10, 2019, he attended her birthday with rumoured girlfriend, Iulia Vantur.

The pictures from Sangeeta's 54th birthday bash has been making the rounds on the internet. In one of the pictures, we can see Salman flashing a big smile as he has his arm around Sangeeta and other industry friends. Take a look at the pictures below:

For those who don't know, Salman and Sangeeta's affair created a lot of buzz in the media. And they were head-over-heels in love with each other, they were even all set to tie the knot. However, destiny played its game and they drifted apart. In Salman's biography, Being Salman penned by Jasim Khan clealry stated that the two had finalised their wedding dates too. Salman and Sangeeta were planning to exchange the wedding vows on May 27, 1994, but suddenly the event was called off. All the wedding preparations were stalled midway. Reports claim that Sangeeta was apparently upset with Salman and hence decided not to marry him. (Also Read: Pooja Ghai Of 'Kyunki Saas Bhi...' Fame Gets Married For Second Time, Her 18 Year-Old Son Attends) 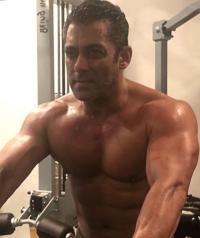 Coming back to Salman's popularity, it doesn't seem like he is aging. In an interview, he had shared, "I don’t feel my age. My mother says I’m stuck at 13! But I’ve started getting injured a lot more and I’ve started feeling the pain a lot more. I’ve had fractures, broken bones, strained muscles, torn ligaments, everything hurts, but I’m still working. I sleep for four hours. People who complain they can’t sleep don’t know what to do with the time they’re awake. I use that time. If I’m not shooting, I’m reading scripts, listening to narrations, sitting on music, meeting lawyers, attending to the Being Human Foundation, or partying! My doctor says, ‘Don’t be Rambo!’ But I can’t stop working. I believe you grow old and feel your age when you start getting tired when you’re bored with life, unenthusiastic about your work and when you lose that get-up-and-go impulsiveness. You need to be happy, excited and interested all the time. You need to be on the move. And don’t leave even one pore in your body open for the old man to get in. If you do, the old man will take over your life!" 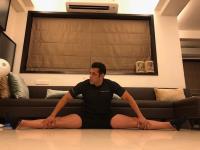 In the same interview, Salman had further stated that he doesn't think about the future and live in the moment, "When I was nothing, I had nothing. I don’t think of the future. My time is now. And I will do whatever I can do. Money, anybody can earn. But a name like mine, to be the universal ‘Bhai’ to everyone, that’s difficult. I go with what’s happening. And I try to take it to the next level. Doing charity isn’t about giving money. It’s about holding out a hand, offering a smile, charity is about kindness. Being Human is about being there." (Don't Miss: Ananya Panday Finally Reveals If Rumoured BF, Kartik Aaryan Looks Better With Her Or Sara Ali Khan)