It's time for a new beginning in the life for Pooja Ghai as she got hitched for the second time with her longtime boyfriend, Nowshir Engineer on July 9, 2019, in an intimate ceremony. 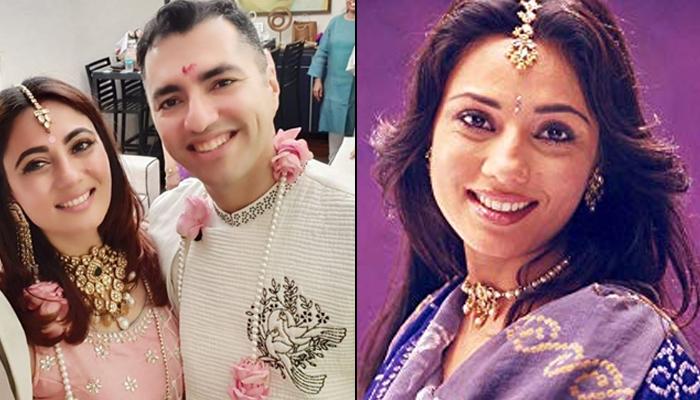 Gone are the days when pyaar aur shaadi dono, ek hi baar hota tha. The perceptions have changed as people have finally realised that marriages don’t come with a manual and no two relationships are the same. But walking out of marriage must not let you hold yourself from falling in love again. And we bet, Kyunki Saas Bhi Kabhi Bahu Thi fame, Pooja Ghai would vouch for the same. (Also Read: Neetu Kapoor's Mother Used To Send Her Cousin Along On Dinner Dates With Then BF, Rishi Kapoor)

Pooja Ghai, who rose to fame with Kyunki Saas Bhi Kabhi Bahu Thi and was last on the silver screens with Sonam Kapoor Ahuja and Imran Khan starrer, I Hate Luv Storys, had left her acting career to start her own business and became an entrepreneur. Riding high professionally as a celebrated wedding manager, Founder and MD of Tranquil Weddings, Pooja is on cloud nine these days, personally as well. 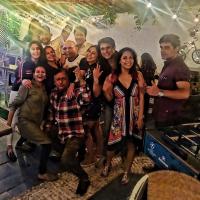 It's time for a new beginning in the life for Pooja Ghai as she got hitched for the second time with her longtime boyfriend, Nowshir Engineer. Pooja and Nowshir got married on July 9, 2019, and for it seems like, their wedding was an intimate one with just their close ones around. Donned in a pretty pink lehenga, the bride looked lovely as she posed with her groom, who wore a cream-coloured sherwani. Wearing an elegant pearl and rose jaimala, Pooja captioned her ‘just married’ post as, "My pillars of strength, all in one frame! My Mommy, My Cookie, My Brother, My Didi & My Nowshoo." 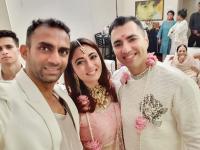 For the uninitiated, Pooja Ghai was earlier married to Neeraj Rawal in the early 2000s, but in 2007, they had parted ways. Pooja and Neeraj have a son named Raaj, who was then six years old. Post her separation with Neeraj, Pooja was allegedly in a relationship with Vikas Kalantari for a couple of years, but things didn’t work out between them either. Apparently, the reason behind their separation was Vikas not being ready to settle down. After her split with Vikas, she had remarried her first husband, Neeraj in 2010. Reportedly, he was trying to win her back for a long time and also, they did it for their son, Raaj. However, their second innings did not last either. 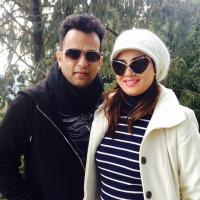 Pooja Ghai has found love once again in Nowshir Engineer, who is also an entrepreneur and has been a part of her life for quite some time. Nowshir shares a good rapport with Pooja's son, Raaj and their camaraderie is quite evident on not only her but Raaj's social media timeline too, as the three of them often go for vacations together and enjoy family get-togethers. (Also Read: Karisma Kapoor's 'Jija' Saif Ali Khan Had Gifted Something Lovely To Her On His Wedding With Kareena) 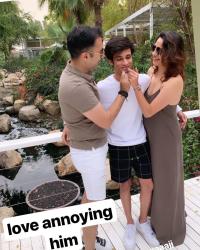 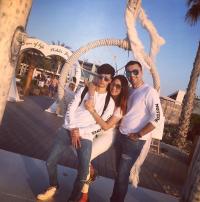 In a throwback 2007 interview with the DNA, Pooja Ghai had talked about being a single parent and juggling her career and motherhood. Speaking on marriage and motherhood, Pooja had said, “Motherhood has definitely been the most challenging phase for me. I have enjoyed it the most too. Yes, I am not with my husband any longer. We have parted. I manage to take out time for Raaj. We read books together, play video games. I also take him out shopping.” 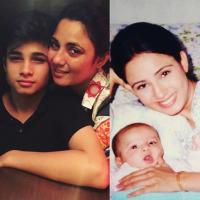 Sharing how her then six-year-old son, Raaj had reacted on his parents’ separation, Pooja Ghai had stated, “He is smart enough and does not crib about it. I have a healthy relationship with my son. Anyway, he is too young now to discuss our parting with.” Elaborating on how she has managed to get through this difficult phase, Pooja continued, “I am a mature girl and my decision was mature too. We broke up on a good note and are still good friends. My son loves to see me acting. But he hates to see some other child call me mummy. I had done this commercial where the kid called me ‘Mummy’. Raaj would start hitting the television when he saw that commercial.” 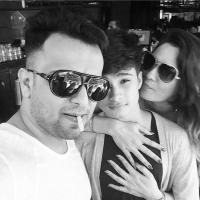 In 2010, when the reports of Pooja Ghai and Neeraj Rawal's remarriage had hit the headlines, a close friend of her was quoted as saying by The Times Of India, “Pooja is very happy now. She and Niraj had a grand wedding ceremony at a suburban five star hotel yesterday afternoon. All their friends are really happy for the couple. Pooja was in a relationship with Vikas for two years. However, he was not keen to get married to her so they broke off some months ago. Although Niraj and Pooja had an acrimonious break up, Niraj was keen to reunite with Pooja and had been trying to win her back for a long time. Their son Raaj was staying with Pooja and her mother Veena Ghai after the divorce.” (Also Read: Sangram Singh Of 'Yeh Hai Mohabbatein' Fame Becomes A Father, Elated Daddy Announces Baby's Arrival) 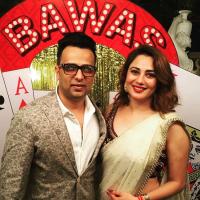 Congratulations Pooja for new beginnings in your life!