Dilip Kumar’s wife, Saira Banu has opened up on the decision of Pakistan Government to not demolish Dilip sahab's home in Pakistan. Scroll down to read more!

Dilip Kumar is the ‘Tragedy King of Bollywood’ and a living legend, whose presence still touches the hearts of millions. Other than his strong aura and acting, it is his love story with fan-turned-wife, Saira Banu that makes him a legend. Born in the Qissa Khawani Bazaar area of Peshawar, British India (modern-day Khyber Pakhtunkhwa, Pakistan), Dilip Kumar is one of the 12 children of Ayesha Begum and Lala Ghulam Sarwar Khan. As earlier, the ancestral structures were facing the threat of demolition in Pakistan, the news of Dilip Kumar’s home to be preserved has come as a sigh of relief for the family. Dilip Kumar’s wife, Saira Banu has opened up on the decision of Pakistan Government. (Also Read: Paras Chhabra And Mahira Sharma Complete One Year Of Togetherness, Seal It With A Kiss [Video])

The epitome of true love, Dilip sahab and Saira Banu have redefined the meaning of love for everyone, even after 53 years of marital bliss. Whether it is taking care of her husband or showing her love for him, Saira Banu has always been his best half. With an age gap of 22 years, the phenomenal couple had taken their love to the next level and had gotten married to each other on October 11, 1966. Smitten by Dilip sahab’s charming personality, Saira Banu was head-over-heels in love with him right from the age of 12. It was a fairytale romance for the ‘king of tragedy’ Dilip Kumar (a.k.a., Yusuf Khan) and the bubbly and charming diva, Saira Banu. Saira ji has been a constant support for Dilip ji and their devotion for each other makes them an ideal couple. 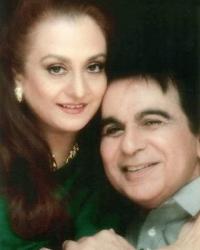 As the ancestral structures were facing demolition threats in Pakistan, the news of them being finally purchased by the provincial government in Pakistan’s Khyber-Pakhtunkhwa came as a happy news for Dilip Kumar and family. In a conversation with ETimes, Dilip Kumar’s wife, Saira Banu reacted to the news of Pakistan government saving Dilip ji’s ancestral home. She shared how her heart fills up with joy and how she hopes that this time their dream come true. She said, "I wish the provincial government success in its efforts and sincerely hope that this time the dream comes true. Mashallah. My heart fills up with joy each time I receive the same news about the ancestral home of Yousuf Saheb in Peshawar in North West Frontier province which the provincial government has been repeatedly trying to turn into a monument for posterity." 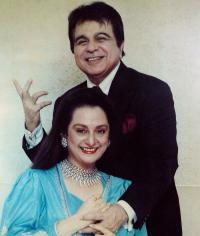 Saira ji further added that it makes her happy how the government is planning to turn Dilip ji’s house into a museum. She added, "It has come up so many times in the past and I have appreciated the tenacity with which the government is pursuing the mission of turning the house into a museum for the public to visit and feel the vintage charm of the house where Dilip Saheb grew up like any bright boy of the province." 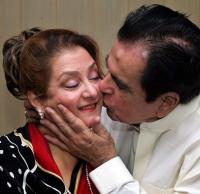 Coming back to the love story of Dilip ji and Saira Banu ji, a few days back, we had stumbled upon a picture of the gorgeous couple from their wedding in 1966. In the candid picture, Dilip sahab had looked dapper in a bandhgala whereas, Saira ji had looked breathtakingly beautiful in her lehenga with dupatta pinned on her head. Explaining something to his gorgeous begum, the lovely couple could be seen madly-in-love with each other. (Don't Miss: Sara Ali Khan Says Sushant Was Not Loyal To Her In Their Relationship, During Questioning To NCB) 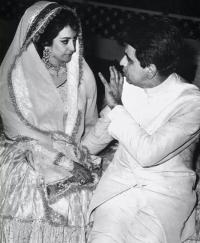 It was Saira Banu’s mother, actress, Nassem Banu, who had played Cupid between Dilip sahab and Saira ji. She was the one responsible for introducing them to each other and bringing them closer. After falling in love with the gorgeous Saira, when Dilip sahab had proposed her, without much ado, she had agreed. Saira Banu was 22, when she had gotten married to a 44-year-old Dilip Kumar in 1966 with the blessings of their respective families. (Recommended Read: Anushka Sharma Is Too Excited For A Pregnant Lady As Hubby Virat Kohli's Team RCB Wins Another Match)

We are elated that Pakistan government is taking a great step to preserve Dilip sahab’s ancestral home!