Saina Nehwal And Parupalli Kashyap Are Now A Married Couple, She Calls It The Best Match Of Her Life

Saina Nehwal And Parupalli Kashyap Are Now A Married Couple, She Calls It The Best Match Of Her Life 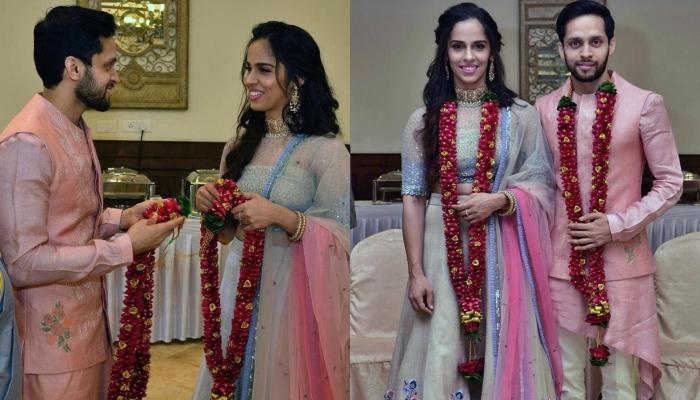 Looks like the wedding season is in no mood to end, and no we aren’t complaining! After celebrities from tinsel town and telly world tied the nuptial knot, our sports world star Saina Nehwal too got married to the love of her life, Parupalli Kashyap. While the reports suggested Saina and Parupalli will take their wedding vows on December 16, 2018, the lovebirds gave a pleasant surprise to their fans today itself. (Also Read: Ginni Chatrath's Post-Wedding Look As Mrs Sharma, Looks Gorgeous In A Unique Mangalsutra)

Saina Nehwal shared their first-ever picture with her husband, Parupalli Kashyap, after their wedding, and captioned it, “Best match of my life #justmarried”. While Saina is looking gorgeous in a powder blue lehenga and minimal makeup and jewellery, her husband Parupalli is looking dapper in a pink kurta and white pyjamas. 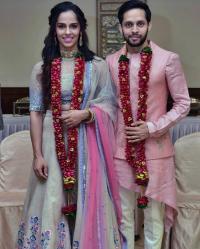 The picture shared by Saina after they have exchanged the varmalas, and it seems like a private affair. A few days ago, a source informed about Saina and Parupalli’s wedding and shared, “Both families had been planning the wedding for a while now. Now they have finalised the date. The arrangements are all for December 16”. 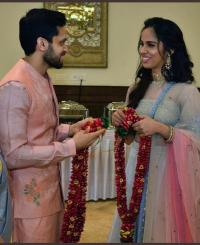 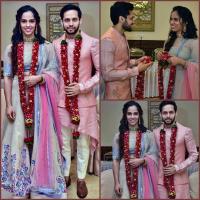 In an interview with TOI, Saina not only confirmed her wedding, but also shared tonnes of details on the same. The Padma Shri awardee badminton player was quoted as saying, “We started travelling for bigger tours from 2007-08 onwards. We played tournaments together, trained together and slowly, started paying more attention to each other's matches.” And further added, “In the competitive world that we live in, it is difficult to get close to someone. But somehow we both found it very easy to talk to each other, talk about our matches. The feeling gradually grew.” (Also Read: Parul Chauhan Shares Her First Look Post Marriage As Mrs Thakkar, Looks Beautiful In Chooda-Sindoor) 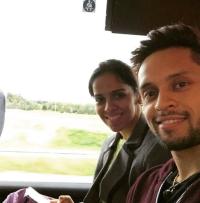 December 16, 2018, is the auspicious chosen date for the wedding and speaking about the same, Saina stated, “I will get busy with the Premier Badminton League from December 20 and then qualifiers for the Tokyo Games will begin. So this was the only date that we had to get married.” 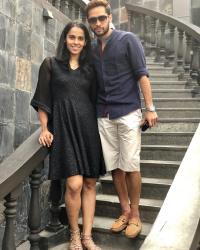 Publicly acknowledging their relationship for the first time, Saina stated, “We didn't think about marriage before. The career that we pursue is very demanding. It is very important to win tournaments and we didn't want to shift our focus by getting married earlier.” She added, “A player needs treatment and attention just like a baby. At home, I get everything without asking, but this will change once I get married. I will be equally responsible of doing things on my own.” 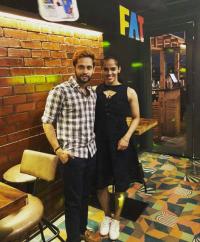 When asked what are her current thoughts, now that the wedding is almost round the corner, Saina retorted, “I didn't want to rush things before the CWG and Asian Games. But now, we think we are ready for it and can manage things on our own.” Also, do you guys something? Saina did not even had to tell her parents about her marriage because it was so obvious for them! Speaking about the same in the interview, Saina revealed, “Bolne ki zaroorat nahi padi (I didn't have to tell them). We used to be together most of the time and my parents also travelled with me, so they understood who I was close to and comfortable with even after my losses.” (Also Read: Ranveer Says Deepika Is Better Than Him At Everything, Adds Marriage Is The Best That Has Happened) 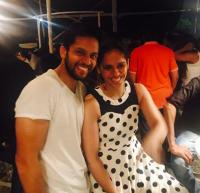 Congratulations Saina and Parupalli. Wish you tonnes of happiness and love! 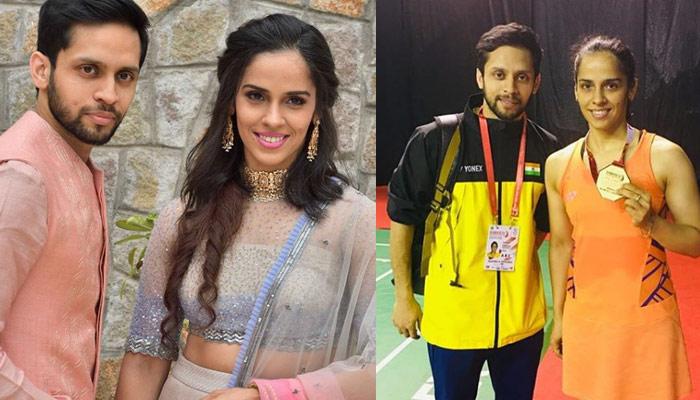 Newly-weds, Saina Nehwal and her husband Parupalli Kashyap are enjoying their married life to the fullest. The ace badminton players, Saina and Parupalli took the wedding vows on December 16, 2018. Speaking about the reason behind choosing December 16, 2018, as their wedding date, Saina was quoted as saying, “I