Saif Ali Khan Praises His Ex-Wife, Amrita Singh For Advising Him To Take His Career Seriously

Saif Ali Khan Praises His Ex-Wife, Amrita Singh For Advising Him To Take His Career Seriously

Saif Ali Khan's love story with ex-wife, Amrita Singh is known to all and their ugly divorce, but now, they make sure to respect each other's respective life. Recently, he talked about Amrita. 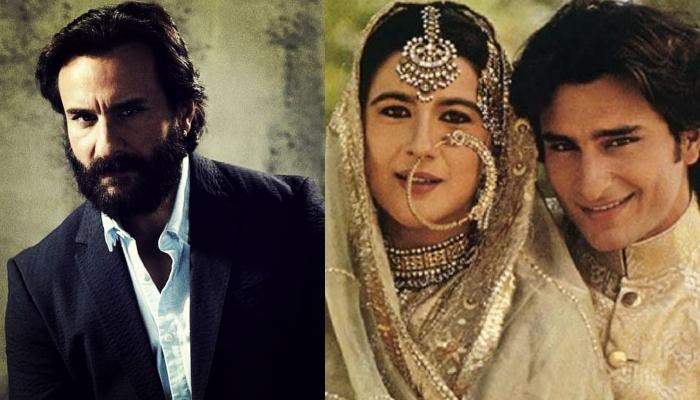 In life, we meet some people, who become a part of our life for a short time span but leave a huge impact on us. And that's the tragic tale of Saif Ali Khan's first marriage with ex-wife, Amrita Singh. The then 20-year-old, Saif was smitten by Amrita's beauty and charm when he had first seen her on the sets of one of Rahul Ruwail's films. However, Saif's parents, Sharmila Tagore and Mansoor Ali Pataudi had clearly shown their disapproval as there was a huge age difference (Amrita was twelve years older to him). (Recommend Read: Shefali Jariwala's Hubby Parag Tyagi Opens About Sidharth Shukla, Says He Treats Women Like Doormat)

Despite it all, Saif had married Amrita in a secret wedding in October 1991. They had their share of ups and downs and remained with each other for thirteen long years until their divorce. Over the course of their relationship, they became parents to two cute kids, Sara Ali Khan and Ibrahim Khan. However, their ugly split is still engraved in the hearts of their fans. While Saif had stated that their love faded, Amrita had clearly stated that they grew apart because of the actor's infidelity. And that's the end of their short-lived love story.

But time and again, Saif and Amrita had shown the world that they have let the bygones be bygones. Recently, in an interview with the Mid-Day, Saif credited his ex-wife, Amrita for teaching him to get serious in his acting career. The actor shared how she was the only person from the industry, who had given him this advice. He said, "It is personal and I don't want to dwell much on it — I also ran away from home, and got married at 20. And I've to give Amrita [Singh], my ex-wife, credit for being the only person who taught me to take it all [work/show-business] seriously. She said you can't hit the target while laughing at it. That's when Parampara happened." 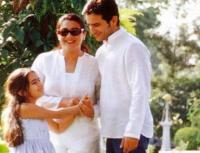 This isn't the first time Saif had praised Amrita. We remember in an interview with the Mumbai Mirror, Saif had said that he is proud of Amrita Singh for giving his daughter the right lessons in life as she is so well behaved, charming and well-spoken. Saif and Amrita's daughter, Sara, who is now a superstar, had shared in a media interaction that she had often asked her parents what were they thinking when they had decided to get married. But she is happy that they chose the right path and lived a happy life rather than sticking together in an unhappy marriage. (Also Read: Throwback: Neetu Kapoor Revealed How Rishi Kapoor Reacted To Cancer On National Cancer Awareness Day) 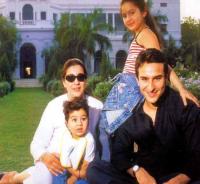 Last month, in an interview with the Filmfare magazine, Sara had talked about how her mother, Amrita had reacted to Saif's second marriage. She had said, "When my father got married to Kareena, I remember going to the locker with my mother and taking out jewellery and saying which jhumkas should I wear? She called Abu and Sandeep and said, ‘Saif is getting married and I want Sara to have the most beautiful lehenga.'" In a 2005 interview with the Telegraph, Saif had talked about the ugly divorce, and had said, "My wife and I have gone our separate ways. I respect my wife's space. But why am I being constantly reminded of how terrible a husband I was, and how awful a father I am.I've my son Ibrahim's photograph in my wallet. Each time I look at it, I feel like crying. I miss my daughter Sara all the time. I'm not allowed to meet my children. They aren't allowed to come to visit me, let alone stay with me. Why? Because there's a new woman in my life who'd influence my children against their mother' That's so much hogwash and Amrita knows it. Right now my kids are growing up with Amrita's relatives and maidservants while she's out working in a TV serial. Why does she need to do that, when I'm more than willing to support my family?" 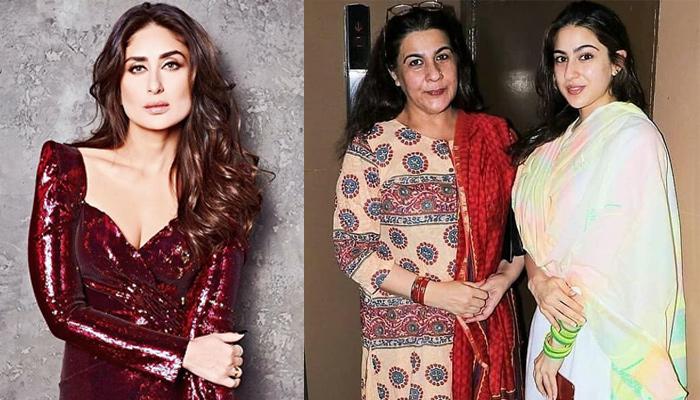 A close camaraderie between Bollywood exes is not an uncommon phenomenon. There have been instances wherein we have seen two celeb ex-wives going for shopping together or exchanging pleasantries, while some don’t feel the need to maintain any kind of relationships, letting bygones be bygones. And we guess Saif Ali Khan’s