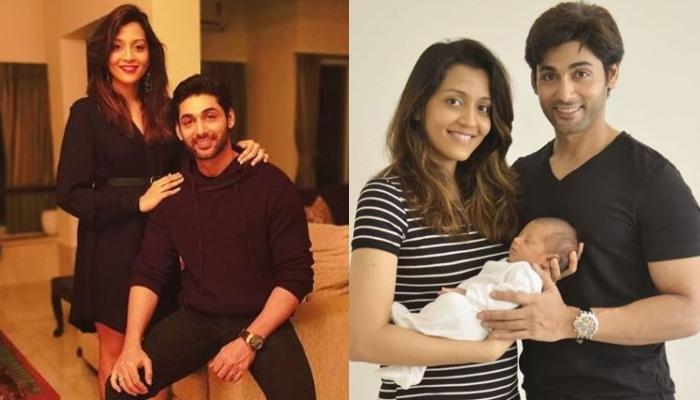 We have all grown up watching tons of Bollywood movies but there’s something special about Yash Raj’s love stories that introduced us to a lot of 'hopelessly in love' couples over the years. But when a real-life love story reels out before you (whether your own or someone else’s), then only you can feel it perfectly and sometimes you do smile, while sometimes you wipe a tear or two. For one such couple, it had all started with one glimpse and then the lovebirds had only soared high on cloud nine. We're talking about Kehta Hai Dil Jee Le Zara and Balika Vadhu fame, Ruslaan Mumtaz and his better half, Nirali Mehta. Filmy in the truest sense but also true in every sense, the couple had tied the nuptial knot in 2014. (Recommended Read: K.G.F. Star, Yash's 18-Months-Old Daughter, Ayra Pats Her Baby Bro To Sleep, Singing Lullaby [Video])

On March 26, 2020, Ruslaan Mumtaz and Nirali Mehta had welcomed their baby boy in their world. Ruslaan had announced the arrival of his baby boy with a cute family picture and had written a long note along with it. A little excerpt from his long note could be read as "26-03-2020: CHOTA BABY HAS ARRIVED I was going to avoid uploading any of my baby's pictures for at least 3,4 months but given the current gloom and doom in the world right now I think news of a chota baby will only brighten your day.” 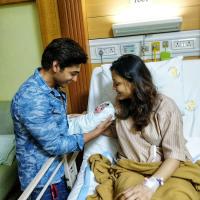 On June 02, 2020, Nirali Mehta took to her Instagram handle and posted two adorable pictures with her husband, Ruslaan Mumtaz and their baby boy, Rayaan. In the first picture that was the ‘expectation’ one, we can see the family posing for the camera with their perfect smiles spot on. However, in the second picture that is the ‘reality’ one, we can see Ruslaan and Nirali in their comfy sleepy outfits with a face pack on their respective faces. Nevertheless, we can see the adorable baby boy peacefully in the arms of his dapper daddy. Along with these hilarious pictures, Nirali wrote a caption that can be read as “Expectation vs Reality of Parenthood #parenting #momlife #dadlife #itsababysworld #chotababy #babiesofinstagram #parentsofinstagram.” Take a look. (Don’t Miss: Rohan Mehra Marks Four Years Of Togetherness With Ladylove, Kanchi Singh By Posting Endearing Selfie) 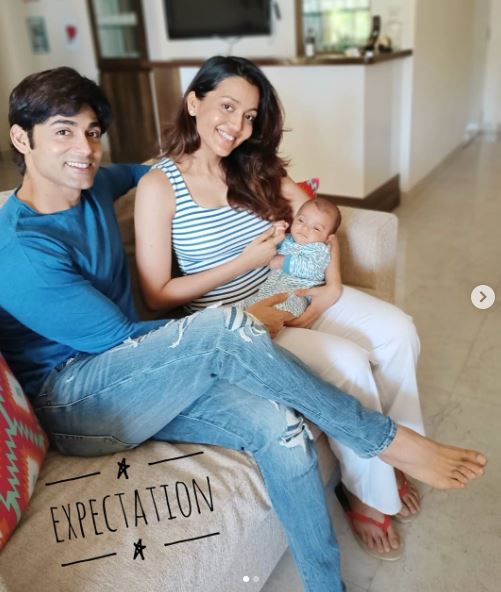 On April 1, 2020, Nirali had taken to her Instagram handle and had shared her baby's unique name. She had posted a candid picture with her little munchkin and had written, "Introducing you to the new love of my life, my son RAYAAN. His name means 'Gate to Heaven'. His birth date has a huge significance for me. He was born just 2 days after my granny passed away and I truly believe, he opened the gates to heaven for her. The bond I shared with my granny is something I will cherish forever and now I feel she's blessing me through my son. He's one week old today and it's been one of the most emotional, happy, loving, exciting weeks of my life so far." For the uninitiated, the love story of actor, Ruslaan Mumtaz, who had entered in Bollywood with the film, Mera Pehla Pehla Pyaar and his better-half, Nirali Mehta is no less than a movie. Once Ruslaan had admitted that he had never noticed Nirali despite being in the same dance class for about a month. Nirali, on the other hand, had gushed about her man, without containing her excitement, as someone who was a Bollywood actor, with an image of a ‘Casanova with an entourage of girls around him’. 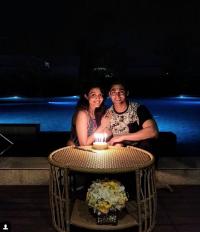 Ruslaan Mumtaz used to stand under a tree outside the dance class with his friends, which is when he had seen his ladylove, Nirali. She had turned her head, Ruslaan saw her and voila, he had instantly fallen in love with her! As filmy as it may sound, this love-struck Romeo did not shy away from admitting how it was ‘love at first sight’ for him in tons of interviews and media interactions over the years. (Also Read: Mohammad Kaif Reveals Whose Duty Is It To Wake Him Up Every Morning, It's Not His Wife, Pooja Yadav) 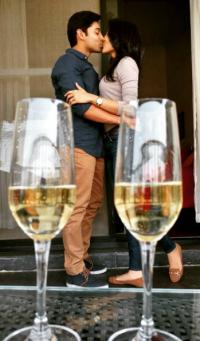 Do you love the ‘expectation-reality’ picture of Ruslaan, Nirali, and Rayaan? Let us know!