Former Indian cricketer, Mohammad Kaif revealed the name of the family member, who wakes him up every morning. Find out!

Mohammad Kaif had grabbed the headlines at the age of 16 only when India had won the Under-19 World Cup under his captaincy. The famous cricketer is still and will always be remembered as one of the finest fielders the Indian cricket team ever had. However, Mohammad Kaif has always stayed away from the limelight, especially when it comes to his personal life. Not a lot of people know this but Kaif was silently dating his now-wife, Pooja Yadav, for four years before they had decided to get married. The couple had tied the knot in an intimate ceremony on March 26, 2011, with only their close friends and family members in attendance. (Recommended Read: 'Papa' Tusshar Gives A Glimpse Of Son, Laksshya's Quarantine Birthday, Calls Him 'My Gift From God')

As for now, Mohammad Kaif and Pooja Yadav are proud parents of two kids, Kabir and Eva. The doting parents never skip a chance to shower their adorable pictures on their fans through their respective Instagram handles and something similar has been done by the former Indian cricketer this time around as he revealed a big secret about his morning routine. 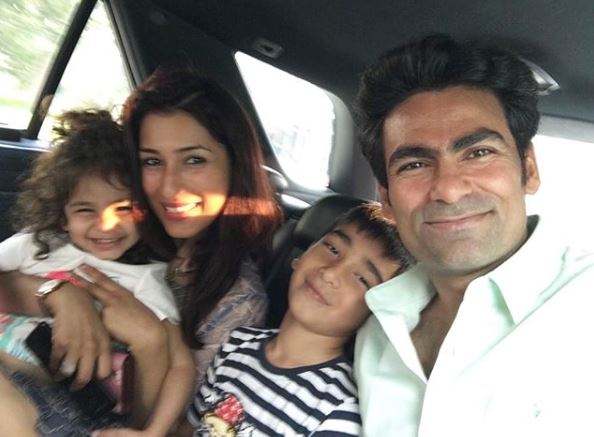 On May 31, 2020, former Indian cricketer, Mohammad Kaif took to his Instagram handle and revealed the member of his family, whose duty is to wake him up every morning. Mohammad Kaif posted a beautiful picture with his daughter, Eva, who looked adorable as she can be seen pressing her dad’s cheeks while posing for the camera. Along with this cutesy picture, Mohammad Kaif wrote a caption hinting towards the fact that having a daughter is like a blessing. His caption can be read as “My little birdie wakes me up every morning #myangel #fatherdaughtertime #daughtersarethebest #daughterlove.” Take a look. (Don’t Miss: Sunita Kapoor Gets Trolled By Harshvardhan On Sharing A Proud Mom Moment Of Him And Sonam Kapoor) 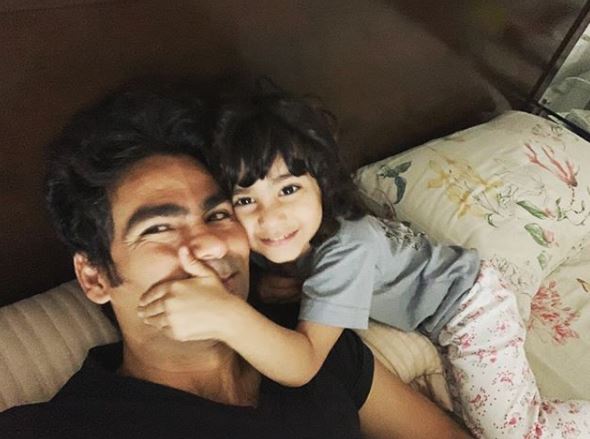 On April 4, 2017, Mohammad Kaif and his doting wife, Pooja Yadav had become the proud parents of a baby girl. The cricketer had taken to his Twitter handle and had shown the first glimpse of their newborn angel to the world. In the picture, we could see Kaif wearing a white t-shirt as he holds his little cotton ball sleeping in a pink blanket. Along with this adorable picture, Kaif had written a few lines in which he had said thanks to God. His tweet could be read as “We are proud to announce the arrival of the newest member to our family. Pooja and I have been blessed with a beautiful and healthy baby girl.” After which, tons of congratulatory messages from the Cricket fraternity and his fans had started coming in the newbie parents' way. Take a look. 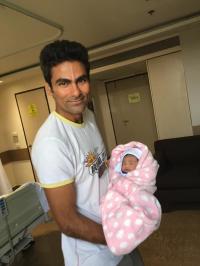 This is the second baby for Pooja and Mohammad. The cricketer and his wife, Pooja Yadav, a journalist by profession, had tied the knot in 2011. The couple had welcomed their first baby, a boy, in 2012 and named him Kabir. With the newest addition, the Kaif family looks sweet and complete. Their elder son, Kabir is just like daddy Mohammad Kaif as he has a massive inclination towards sports and his doting mother, Pooja Yadav had revealed it in an interview with The Times Of India, “Kabir is old enough now and is a lot like his dad. He has an inclination towards sports and he loves going out with Kaif early morning to the ground for practice sessions. Poora baap pe gaya hai.” Moving forward in the same interview, when Pooja Yadav was asked about her decision of taking a break from her profession and what’s the take of Kaif and his family on her work. Pooja Yadav, quite proudly, had revealed that both Kaif and his parents are quite supportive and have always supported her. She had stated, “I really enjoy my work and my family has always been very supportive. Kaif is very understanding and has never stopped me from working. Though I took a break of two years after our son Kabir was born.” (Also Read: Dipika Chikhlia's Honeymoon Picture With Hubby, Hemant From Switzerland Is Typical Bollywood Romance) 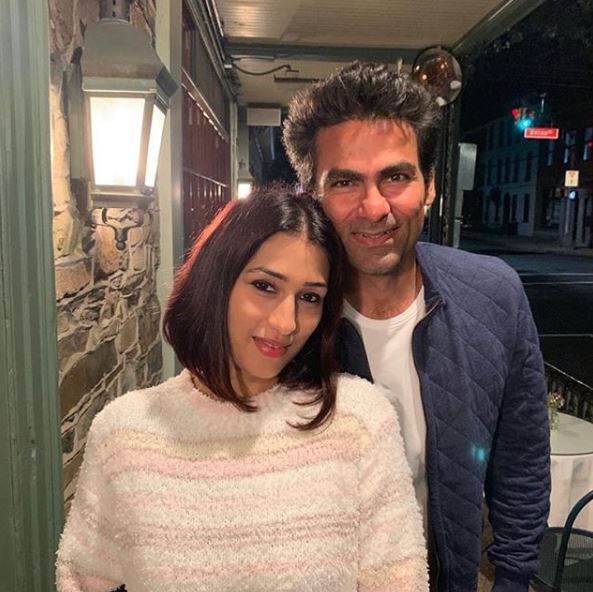 Do you like Kaif and Eva’s adorable picture? Let us know!