One of the leading ladies of the television industry, Rupali Ganguly shared her experience of being fat-shamed after her pregnancy.

Rupali Ganguly, one of the most promising actresses in the telly world, does not need any introduction. Best known for portraying the role of the middle-class and unapologetic, Monisha Sarabhai, Rupali was the show-stealer throughout the series. Rupali had made her television debut with the show, Sukanya but got recognition when she played a negative character in Sanjivani.

Rupali was seen in many other shows like Bhabhi, Kkavyanjali, Kahaani Ghar Ghar Kii, Parvarrish – Kuchh Khattee Kuchh Meethi. However, she became a huge sensation after Sarabhai Vs Sarabhai. In 2013, Rupali had tied the knot with her long-time friend, Ashwin K Verma and embraced motherhood in 2015. After welcoming her baby boy, Rudransh, Rupali took a sabbatical from acting.

Also Read: When 'Taarak Mehta' Actress, Munmun Dutta Admitted Even Her Married Male Friends Had A Crush On Her After a long break of seven years, Rupali made a comeback to television with the show, Anupamma. In an interview with Bollywood Bubble, Rupali spoke about her weight gain after pregnancy and how she was body-shamed by her neighbouring aunties. Talking about the same, Rupali had revealed that as she was not lactating, she tried all sorts of food to be able to produce milk and breastfeed her child. In the process, her weight went up from 58 kgs to 86 kgs.

Recalling an incident on how she was badly fat-shamed by the neighbouring aunties when she took her son, Rudransh for a walk, Rupali had shared:

“From 58 kilos when I delivered Rudransh, I went up to 86 kilos. When I would take my child out for a walk, certain neighbouring aunties that I didn’t even know… ‘Arre, tum toh Monisha ho, kitni moti ho gayi ho.’ Who gives anybody a right to judge a mother? Nobody knows the kind of issues that a woman is going through.” 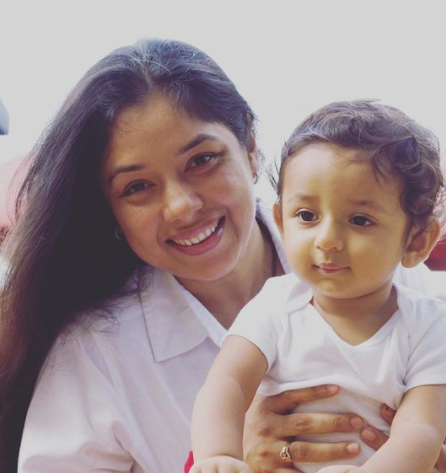 Rupali had to quit the show, Parvarrish because of her pregnancy, however, when the makers approached her for Anupamma, the actor in her got greedy. It was the support of her husband, Ashwin, who believed in her calibre, that Rupali made the decision to return to acting.  In an interview with The Times Of India, Rupali talked about the challenge she faced resuming work post her delivery and had said:

“To be 40 plus and not have a 26-inch waist when you’re playing the lead can be challenging at times. I always wondered if it would work. You can’t predict the fate of a show. I still can’t believe it’s happening to me and hope the bubble doesn’t burst.”

Recommended Read: Harshad Chopda On How He Managed Not To Think About His Parents While Doing Intimate Scenes 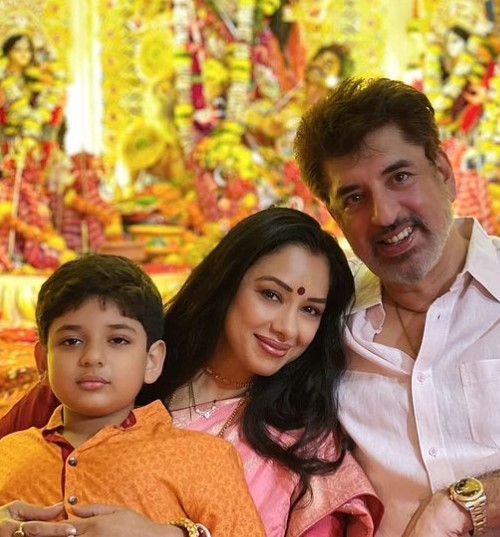 Rupali is currently the highest-paid actress in television, beating some of the leading actors in the industry. When she had signed Anupamma, the actress was charging Rs. 1.5 lakh per episode. However, as the TRP of the show skyrocketed, Rupali increased her fees to Rs. 3 lakh per episode.