Bigg Boss 14 winner, Rubina Dilaik opens up on the allegations on her hubby, Abhinav Shukla put by Kavita Kaushik and why she doesn’t feel the urge to confront him.

When a couple decides to get married and start their journey of happily ever after, everything seems magical and according to their plan. But in their journey, they face certain hiccups, which either make their relationship strong or build cracks that can never be healed. There are many celebrities in the glamour world, who have mesmerised us with their adorable bond, but a very few have spoken about the lows of their life. Television’s most loved couple, Rubina Dilaik and Abhinav Shukla are one such couple, who have opened up about contemplating divorce on national television. (Also Read: Future-Mami, Jasmin Bhasin Poses With BF, Aly Goni's Sister, Ilham Goni And Her Newborn Daughter)

It was in the year 2018, when Choti Bahu-Sindoor Bin Suhagan fame actress, Rubina Dilaik and Silsila Badalte Rishton Ka actor, Abhinav Shukla had decided to hold each other's hands forever. The two had an intimate destination wedding on June 21, 2018, at Heritage Woodville Palace, Shimla in the classiest manner. And since then, the two have been painting the town red. But their relationship was going through testing times and the two were on the verge to call it quits. However, destiny had other plans as the two were signed for the reality show, Bigg Boss 14. The show had made Rubina and Abhinav realise that the two are made for each other. During Bigg Boss 14, actress, Kavita Kaushik and her husband, Ronnit Biswas had made certain allegations on Abhinav Shukla. Ronnit had tweeted that Abhinav had a ‘serious alcohol problem’ and would message Kavita in a drunken state in odd hours. But Kavita had claimed in the reality show that Abhinav’s messages were not obscene but violent. And now, after winning the Bigg Boss 14 title, Rubina addressed the same and revealed why she didn’t confront all these to her husband. In an interview with radio host, Siddharth Kannan, Rubina shared that she trusts her husband, Abhinav. 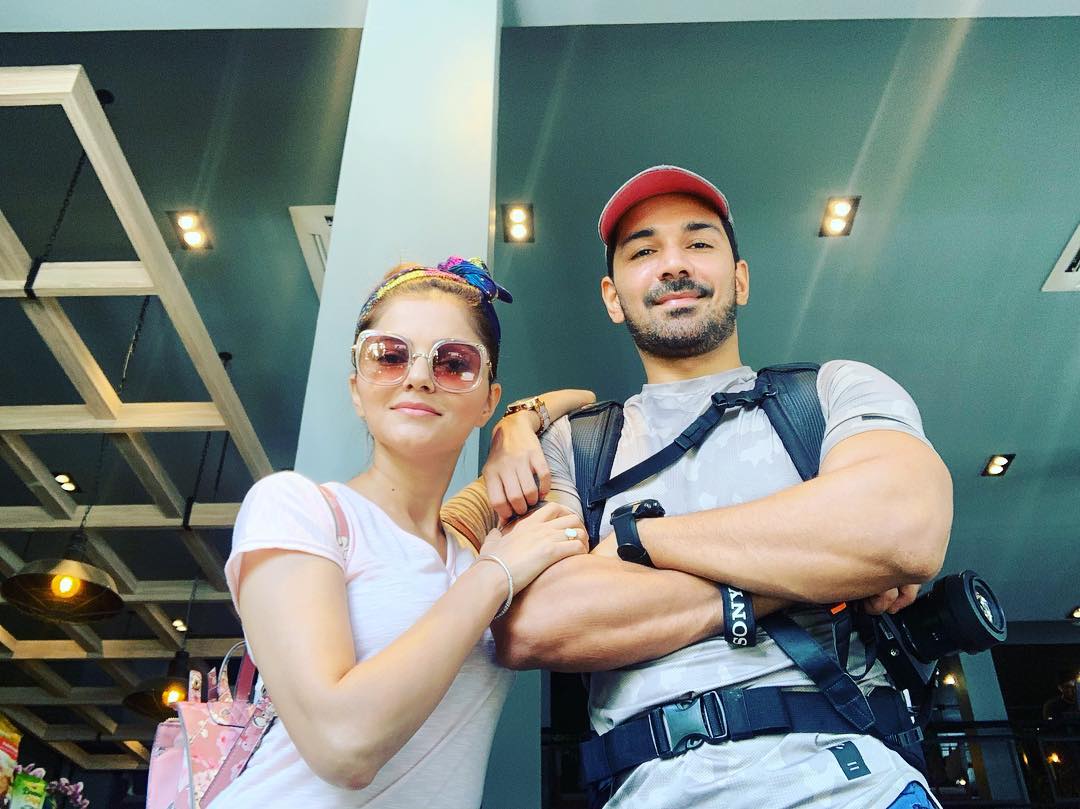 Talking About the same, Rubina shared, “Why discuss things where you have faith and you know that it is all a facade, nothing else? Isme koi sachchai hoti, toh apne aap mein ek roop le leta.” She further stated that if there was any truth in Kavita and Ronnit’s allegations, then the matter would have become a big deal but nothing of that happened. In her own words, “Jo cheez wahi pe dhasth ho gayi, uska matlab uska koi wajood hi nahi tha. Jiska wajood hi nahi tha, usko discuss karke, khuredke kya faayda.” (Also Read: Himansh Kohli's Sister, Disha Turns Heads With Her Extravagant Lehenga For Her Wedding [See Pics]) 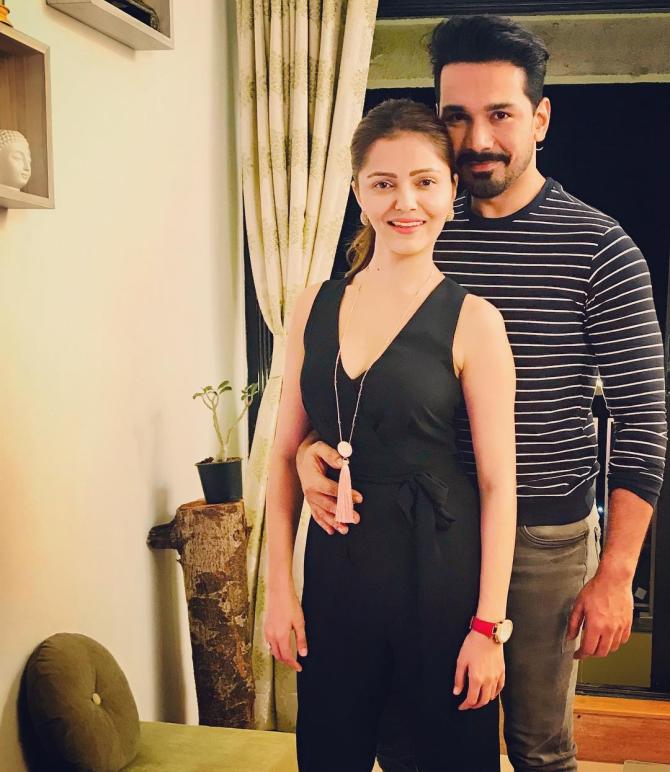 Post winning the Bigg Boss 14 title, when Rubina had come back to her house, her husband, Abhinav had planned a grand welcome for her. On February 22, 2021, Abhinav had given a warm welcome to the love of his life, Rubina. He had taken to his Instagram handle and had posted a picture of the beautiful decor he had done for his wifey, Rubina. In the picture, we could see Rubina posing with the Bigg Boss trophy. Their home was decorated with a cutesy 'Welcome home Boss lady' backdrop. Alongside the picture, Abhinav had written, "My Winner #rubinadilaik." 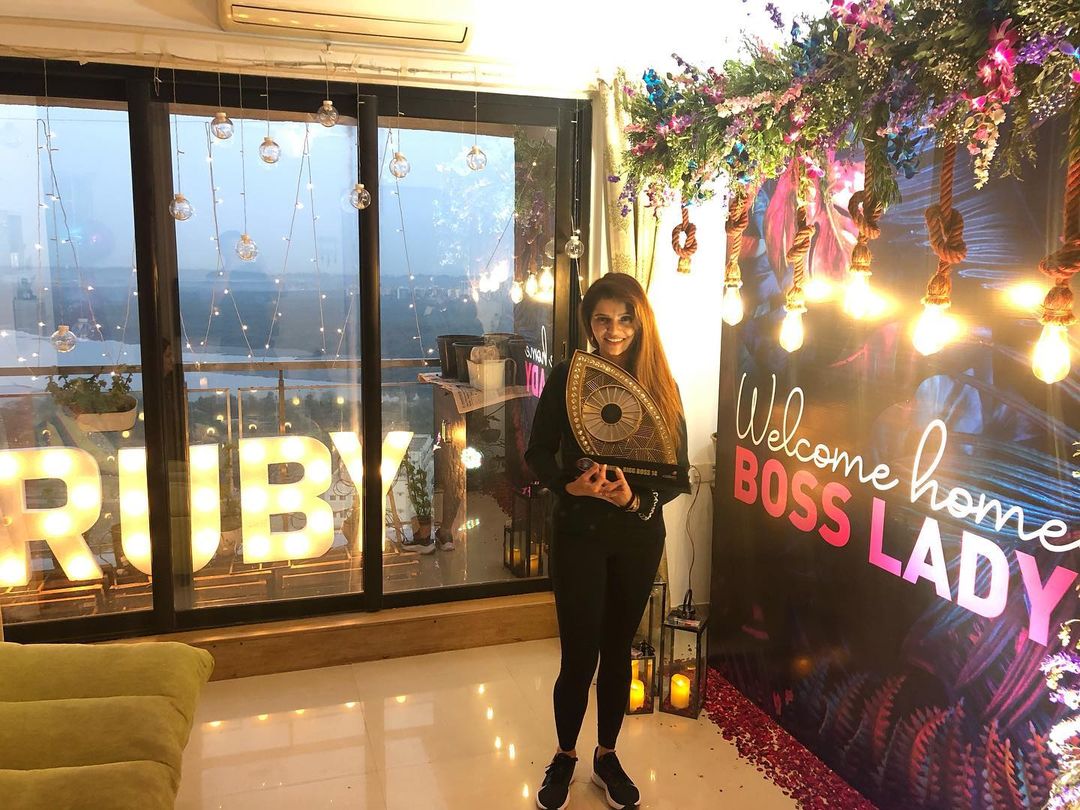 In an interview with ETimes, Bigg Boss 14 winner, Rubina Dilaik had talked about her historic win and had showered immense praises and love on her husband, Abhinav Shukla, for being her pillar of strength. She had said, "Abhinav's support made me stronger. When I won the show, he congratulated me, we hugged and kissed. It was beautiful to have him there with me." Rubina had also added that she and Abhinav had decided during their stay in the Bigg Boss's house that they'll get married for the second time after the show ends, and it'll be a huge destination wedding. She had added, "Ab main bas destination wedding ke baare mein soch rahi hoon (laughs). There will be a second wedding for sure and a journey of a lifetime, which we had promised each other on the show." (Also Read: Mira Rajput Kapoor Shares How 'Nani', Bela Rajput Pampers Her Grandkids, Misha And Zain Kapoor) Well, at the end what matters is trust and Rubina clearly trusts Abhinav. What do you think? Let us know.