No matter how much your sibling irritates you or gets on your nerves, you're closest to them as they're your companion, your confidante, your best friend, your secret holder and the one who can even take a bullet for you. Your sibling is the one person, who enjoys the most and cries the most at your wedding. Bollywood actor, Himansh Kohli is undergoing the same emotions as his sister, Disha Kohli got married on February 28, 2021. Scroll down to get a glimpse of the star-studded ceremony. (Recommended Read: 'Bigg Boss 14', Devoleena Bhattacharjee Reveals Her Marriage Plans With Her 'Mystery Man') 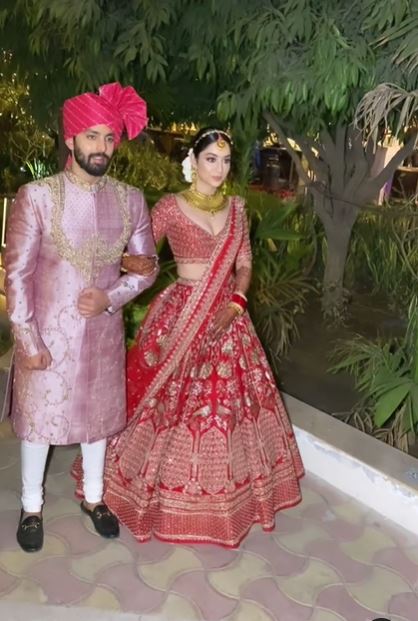 For the wedding, Disha Kohli donned a traditional red lehenga by Anita Dongre. The intricate, heavy golden work on the lehenga made her look like a royal princess. She paired it with a golden, Jodha-Akbar style choker, heavy golden jhumkas and a matching golden and red maang teeka. To top it all, she kept her makeup simple with a touch of nude lipstick and a small red bindi. Disha's bridal ensemble was a mix of extravagance and sheer simplicity, and she looked nothing less than breathtaking.

Taking about Himansh Kohli's attire for his sister's wedding, the dashing actor wore a light purple coloured bandhgala sherwani, with an intricate golden work over it. He teamed it up with white pyjama, black shoes and a red turban. In the video shared by Disha Kohli's makeup artist on Instagram, Himansh Kohli can be seen escorting his sister at her wedding and it's the cutest thing you'll see today!

The wedding was a star-studded ceremony attended by celebrities like Tusshar Kapoor, Khushali Kumar and many more. The doting brother, Himansh, took to his IG handle and shared glimpses of his sister's wedding festivities, posing quirkily with the guests. Check out all the pictures below. (Also Read: Gauri Khan's Throwback Picture With Shah Rukh Khan From A Premier Is A Priceless 'Flashback' Moment) 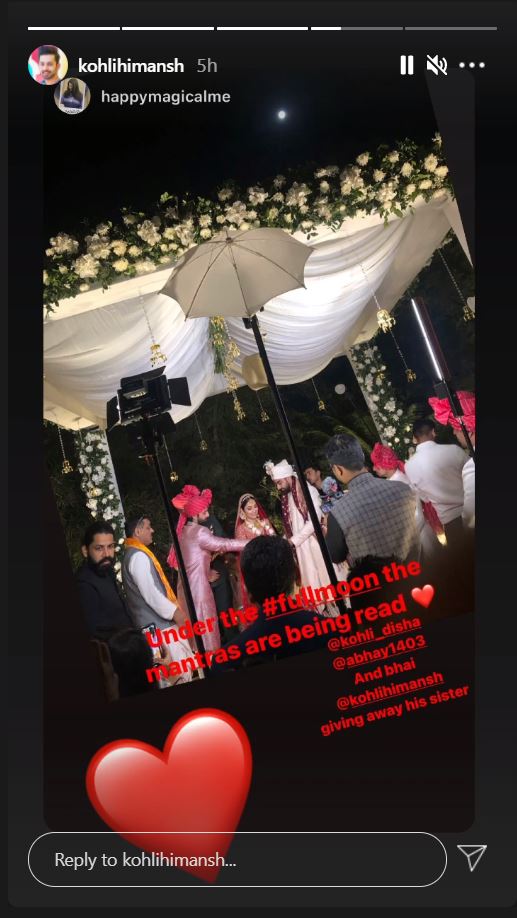 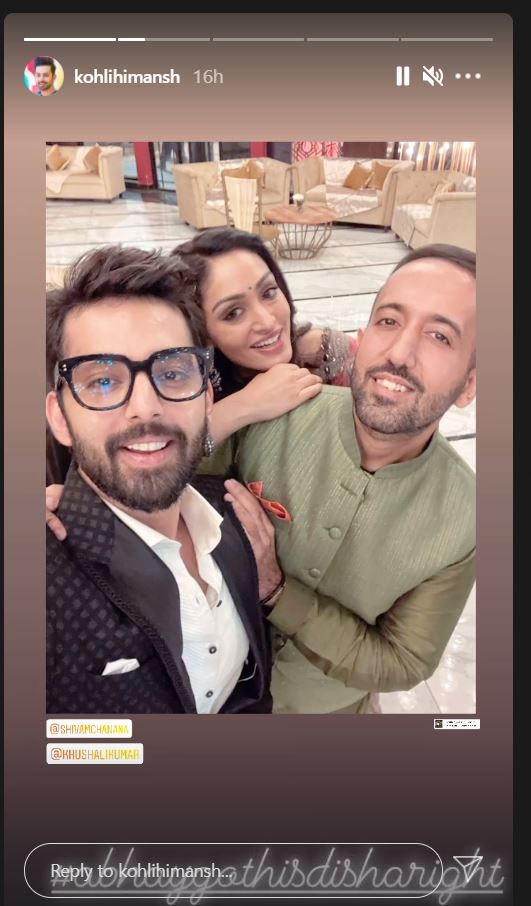 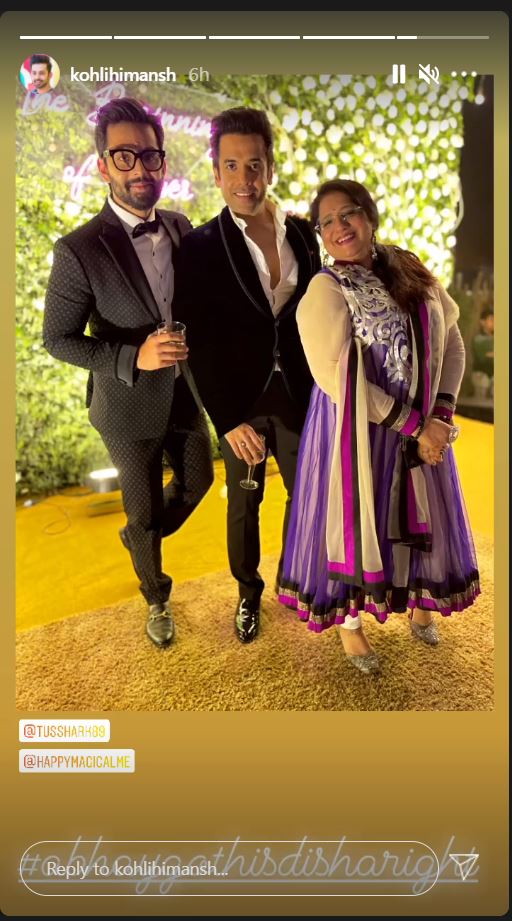 Talking about Himansh Kohli's relationship status, in an interview with Jagran.com, the actor had talked about the same and had stated that he's single at the moment and is focusing on his work. He had had also revealed that he is also working in a lot of films and soon he will be disclosing the details of the same to his fans. Himansh was then asked about his reaction to his ex-girlfriend, Neha Kakkar's marriage to singer, Rohanpreet Singh. On which, Himansh clearly stated that he is happy for Neha and said that if she is happy, he is happy. In an interview with SpotboyE, Himansh Kohli had given a strong message to the netizens, who keep on reminding him that his ex, Neha Kakkar is married to Rohanpreet Singh now. Himansh had said, "I really want to request everyone who comments, "Bhai Nehu ki shaadi ho gayi" ki mujhe pata hai. I'm happy for the newlywed couple and I'm happy for myself. I am sick of the baseless trolling. And if people are really interested to only make fun of me, at least talk about relevant and recent things." (Don't Miss: Anam Mirza Shares A Video, 'When My Husband Wants To Have A Movie Night', Sister, Sania Mirza Reacts)

Well, many congratulations to Disha and Abhay for the wedding!