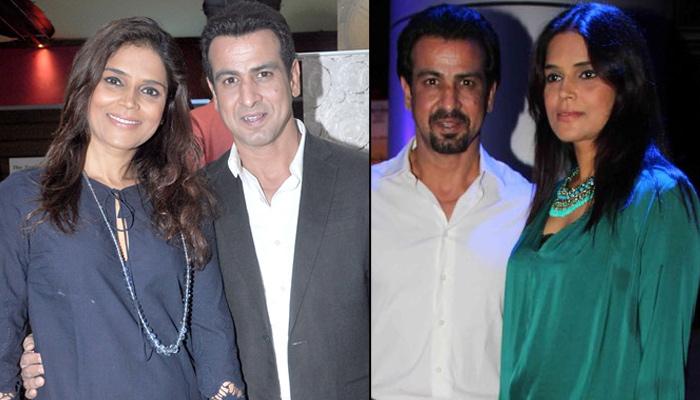 With his tall, dark handsome looks and powerful on-screen characters, no wonder Ronit Bose Roy garnered a huge fan following with his charm. With the roles of Dharamraj Mahiyavanshi in Bandini, K.D. Pathak in Adaalat, Rishabh Bajaj in Kasautii Zindagii Kay, Mihir Virani in Kyunki Saas Bhi Kabhi Bahu Thi and Neil Khanna in Itna Karo Na Mujhe Pyar in his kitty, he is bestowed with the title of Amitabh Bachchan of the small screen. (Also Read: The Beautiful Love Story Of Ronit Roy And Neelam Singh Will Make You Believe In Love At First Sight)

Ronit broke millions of hearts when he announced his marriage with his lady-love Neelam Singh on December 25, 2003. Ronit is head over heels in love with his wife and the couple is blessed with two children, Aador Bose Roy and Agasthya Bose Roy. On Father’s Day 2018, contrasting to the conventional Father’s Day posts of sharing pics of children on social media, Ronit shared an intimate picture with his wife, as an acknowledgement for helping him being a ‘proud father’. Ronit Bose Roy and Neelam Bose Roy can be seen sharing a passionate lip kiss, and it is undeniably romantic! 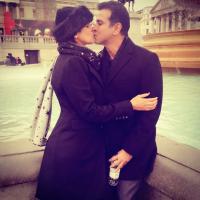 Ronit captioned the above picture as, “Thank you my love for making me the proud Father that I am today.” On Father’s Day 2017, Ronit shared the lovely surprise that his kids got him on this special day. Ronit captioned the pictures as, “Love from my babies on Father's Day. I'm so proud to be their Father. "I am cause they are".” Check out his post here:

In an interview with a media portal, Ronit described himself as a father and shared, “I’m a very chilled out father. I’m friends with my kids in the real sense of the word. They aren’t scared of me. If I tell them to not do something, they comply out of respect and not out of fear. I don’t believe in denying my kids anything as I don’t want to think of them as kids living in the same times as I grew up.” (Also Read: Newbie Daddy Jay Soni Shares First Picture With His 2-Month-Old Baby Girl On Father's Day)

Loveratri actor further shared, “Times have changed. So I won’t deny them an Ipad if they are being taught on them in school. But we sit down as a family and decide the hours they’re allowed to spend with gadgets and the number of apps they can download at a time. Also, I keep all the passwords safe with me (laughs).” 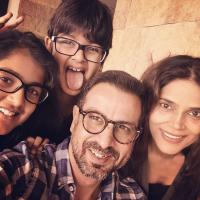 For the uninitiated ones, Ronit’s marriage with Neelam is his second marriage. Ronit had a daughter, Ona from his first marriage. When things didn’t work out between the two, his ex-wife and Ona moved to the US. Ronit also talked about his failed relationships and was quoted as saying, “I have lost so much in my life it’s impossible to get it all back in this lifetime. I don’t really care for money or the materialistic things that I have lost. And I have lost a LOT.” 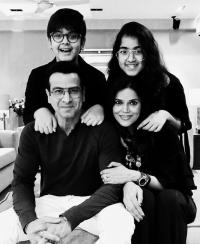 Ronit continued, “I have lost more than an average person makes in a lifetime. But the biggest loss, according to me, came out of my first marriage -- my ex-wife is married to someone else now and I’m married to Neelam. In the wake of that troubled relationship, I missed out on my first kid’s (a daughter from his first marriage) entire childhood. So with my younger daughter, I have been around every single day, from the day she was delivered to now.” 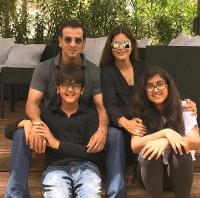 Ronit went on to say, “In hindsight, I am conscious of the fact that my first child’s growing up years won’t come back but we are on good terms now. We are Whatsapp buddies. Since she’s grown up and we got talking, we have sorted things out. If we can take our relationship forward with little to no complications, that will be a bit of a redemption for the both of us.” (Also Read: Soha Shares A Picture Of Kunal And Inaaya On Father's Day, Inaaya's Expressions Are Priceless) 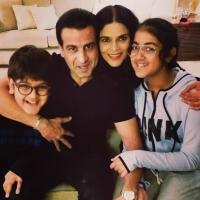 Despite being a famous celebrity, Ronit and Neelam live a very simple life. Speaking of the same, Neelam was quoted as saying, "Our private life isn't the glamorous life that one would imagines from a Bollywood couple. I make him a quick breakfast, and if he spends a half hour with me I am thrilled to be able to share a meal together. At night we light a candle during dinner after I have put the children to bed and try to re-create the romance in our lives. We lead extremely hectic lives under the scrutiny of the media which can be enjoyable and difficult both at the same time. My life revolves around my children and Ronit. I am still in love with my man, my marriage and my relationship. I believe we have weathered some ups and downs, and life has been hectic, but it's also been generally good.'' 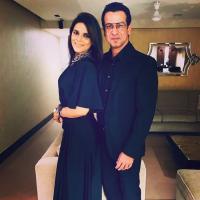 She also shared how they manage to spend time with each other, “Each day we squeeze time to be together. When he's not filming we like to spend time with the children, having a quiet dinner, or just reading and holding hands. When he is filming, I make it a point to send him a tiffin for his mid-day break each day. I instigate our off time. If I know he has a couple of days break coming up we plan to slip away even to Lonavla. I think we both need to rejuvenate.’’ 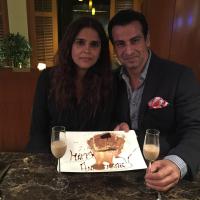 When asked about each other, Ronit said, “Neelam is the best woman, best mother, best person.” And Neelam admitted, “Ronit is wonderful with the children. I believe he is the best human on earth. He's a good listener. Even nonsense things that I gibber off to him he listens to. I hope and pray the same emotion should be inside me as I feel today. I am committed to my husband.”

What do you think of Ronit Bose Roy’s hatke idea of the Father’s Day post? Do let us know in the comments section below.