There is no denying that our B-town is a place of gossips and glamour. Every now and then, we hear news of somebody’s breakup and someone getting linked-up. But it’s always the weddings that make us the happiest. And hence, today we bring to you a few television actresses and their specific looks when it comes to weddings.

We’re talking about roka ceremonies of television and Bollywood actresses and their looks. For the uninitiated ones, roka ceremony is a ritual which can be termed as the first ritual of an Indian wedding. A roka ceremony witnesses coming together of two families of the bride and the groom, and it’s basically an announcement of the consent that both the boy and the girl are ready to get married to each other. A small puja is conducted as per Hindu tradition and families also exchange sweets and gifts. So, let us look at a few television actresses and their roka ceremony looks. Young girls and soon-to-be brides can take inspiration from these actresses for their own roka. 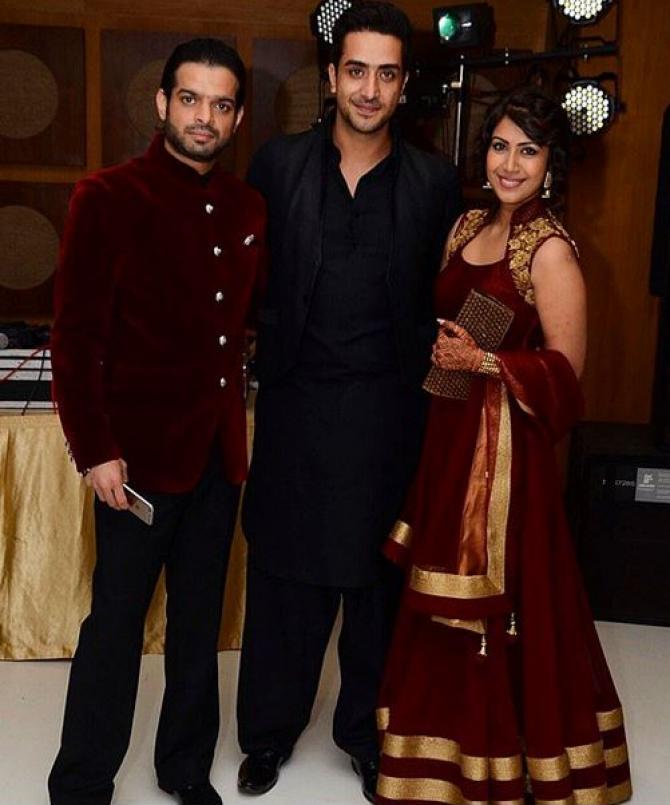 Popular television actress, Ankita Bhargava got married to famous actor, Karan Patel on May 3, 2015. The couple had their roka ceremony on March 14, 2015. Ankita donned a maroon and gold floor touch anarkali. She looked drop-dead gorgeous in her maroon and gold embroidered outfit. 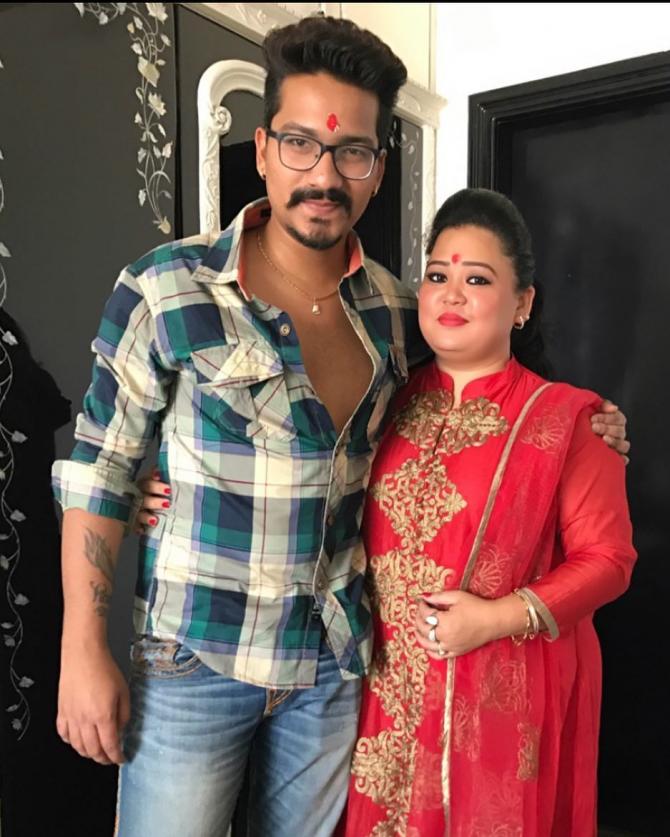 India’s laughter queen, Bharti Singh got married to comedian Haarsh Limbachiyaa on December 12, 2017. Before her destination wedding in Goa, Bharti had her roka ceremony in which she kept her look very subtle and simple, and looked ravishing in a red-coloured heavily embroidered straight suit. She went for a ponytail with curls and a puff teamed up with minimal makeup.

Also Read: 4 Ways To Look Gorgeous On Your Mehendi Ceremony 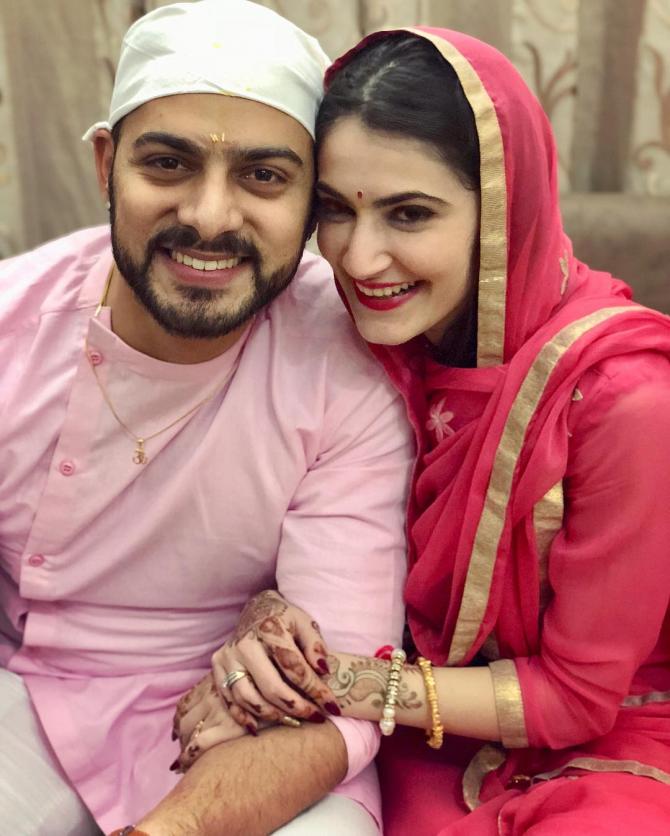 Mere Angne Mein fame actor Karam Rajpal and his assistant director-cum-girlfriend, Shivaleeka Oberoi had their intimate roka ceremony on January 15, 2018. Shivaleeka announced the big news by posting her pic on Instagram and captioning it, “Sealed with a kiss. #15thJan2018.” Shivaleeka wore a simple red suit with golden embroidery and a red dupatta which she carried on her head and her simplicity radiated a very earthy look. Sanaya Irani and Mohit Sehgal took everyone by surprise with a quiet and hush-hush roka ceremony at Mohit’s Delhi residence. Their roka ceremony took place on December 13, 2015. Sanaya donned herself in a pink dress and looked extremely beautiful.

You May Like: Sanaya Irani And Mohit Sehgal's Wedding Story 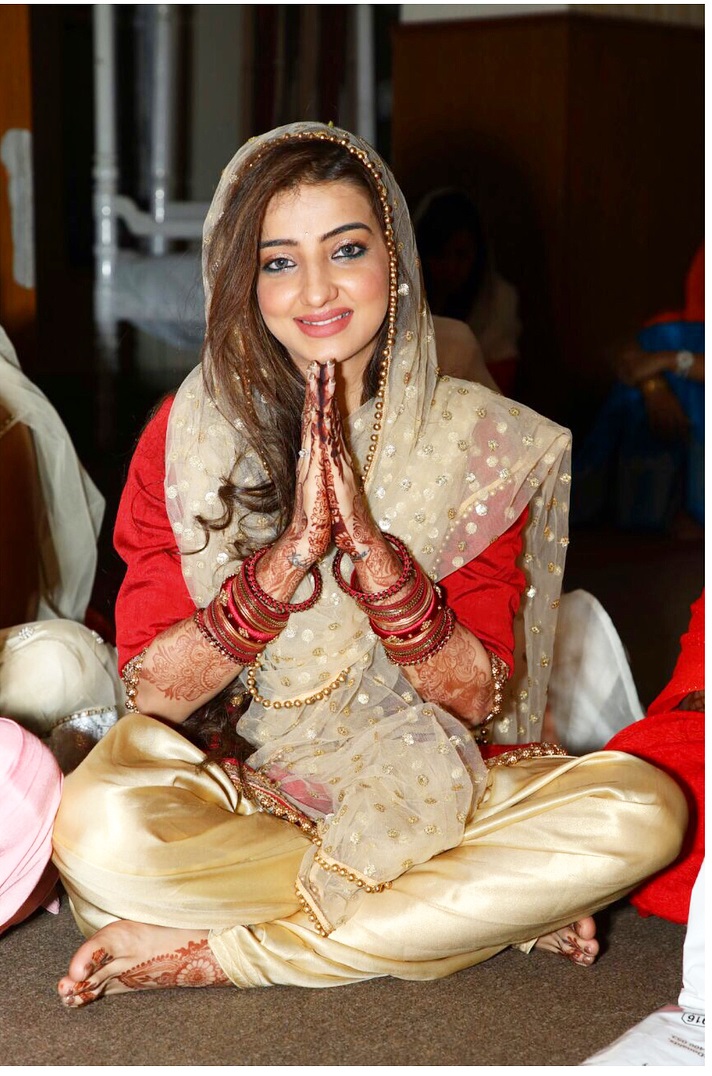 Saath Nibhaana Saathiya actress Loveleen Kaur Sasan, also known as Lovey Sasan is soon to get married to her long-term boyfriend Koushik Krishnamurthy. In fact, the couple exchanged rings on March 08, 2018, in a South Indian traditional style. After the day they exchanged rings (unofficially), Lovey and Koushik had their roka ceremony in a Gurudwara. For her roka ceremony, Lovey wore a very ethnic salwar suit coupled with a beautiful golden colour chunni. About her roka, Lovey was quoted as saying:

“This morning (March 9, 2018), our roka happened in a Gurudwara. Tonight, we will host a big function at Bangalore Palace, where we will officially exchange rings.” 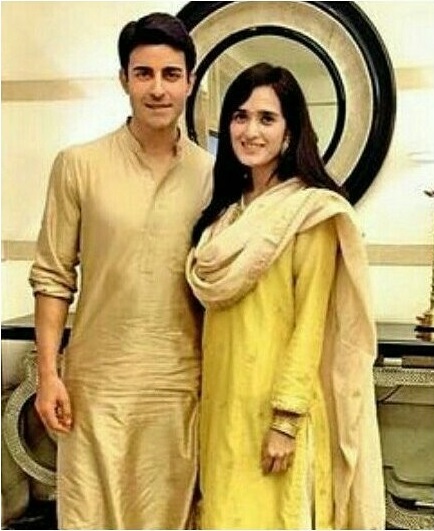 Razia Sultan actress, Pankhuri Awasthy got married to Suryaputra Karn fame actor Gautam Rode on February 5, 2018. Before that they exchanged rings, and Gautam shared the good news with the Indian Express stating:

“Yes, Pankhuri and I got recently engaged. It happened during Diwali days. We both are very happy.”

Before their engagement, Pankhuri and Gautam had their roka ceremony. For her roka, Pankhuri donned herself in simple salwar kameez. She looked ethereal in her yellow coloured salwar which she beautifully coupled with a dupatta. Aisha actress, Amrita Puri got married to her long-time boyfriend, Imrun Sethi in Bangkok on November 11, 2017. The couple had their roka ceremony on October 11, 2017. For her roka, Amrita chose a dhoti pants style, red attire, which she teamed up with real flower accessories. A pair of gold kohlapuris added an earthy feeling to the entire look.

So, here we are! These were the television actresses and their roka ceremony looks. Undoubtedly, these actresses have carved a space for themselves in their profession but apart from that each one of them regularly gives us major fashion goals. They set the standards of sartorial quite high, and hence young brides-to-be can take a cue from these television actresses and look beautiful in their own roka ceremonies.

Next Read: TV Celeb Brides That Rocked Their Mehendi And Sangeet Function Looks