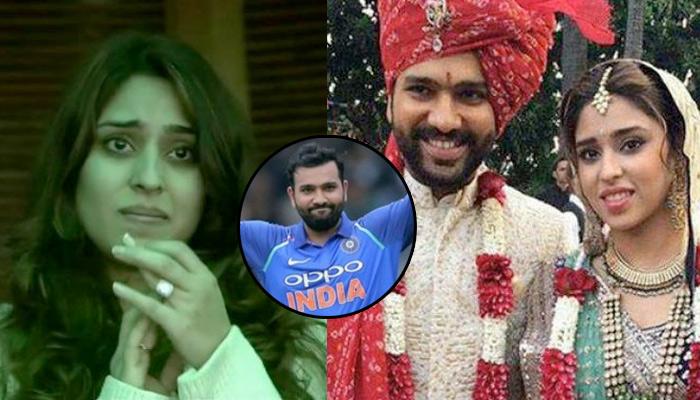 Cricket and Bollywood are two of the biggest religions in India, and every little thing becomes news in seconds. Crickets in India are no less than a superstar, and hence their every act of love becomes drool worthy.

Something similar happened today in the ODI match between Indian and Sri Lanka. In the second ODI at IS Bindra- PCA Stadium in Mohali, Rohit Sharma, the acting captain in lieu of Virat Kohli, smashed a double century! In just 153 balls he scored a not-out 208 runs! His terrific batting helped the Indian team reach a whomping target of 392!

Now, the best part about this roller-coaster ride with bat and ball is that this is Rohit’s third double hundred in ODI! But what makes this celebration even more special and better than the best is that it was Rohit’s 2nd marriage anniversary. Whoa!

Also Read: Ex-Wife Of Dinesh Karthik And Currently Married To Another Cricketer, She Delivers Her Third Child 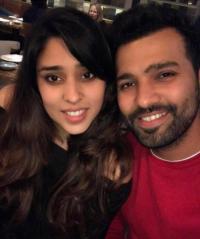 But, a double century on marriage anniversary would be incomplete without the wifey in stadium, right? Well guess what! Rohit’s wife, Ritika Sajdeh was there! And when our captain thumped the air in delight after touching the 200 mark, Ritika was in tears! Aww….it must have been so emotional for her!

Check out this video:

To get this magnanimous gift on their second marriage anniversary from Rohit would have made Ritika so much happy and brimming with emotions. This is the best gift Rohit could have given her wife. 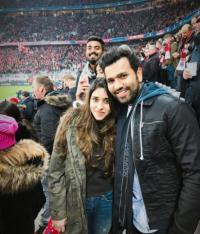 Rohit and Ritika got married on December 13, 207, and before getting wedlocked, they already knew each other for good six years as Ritika is a sports event manager and back then, she even used to take care of Rohit’s cricket engagements. Isn’t this the best? To get married to someone with whom you are not just emotionally attached but, even your professional understandings are on the same page.

Don't Miss: 'May I Come In Madam?' Actress Chose Unique Way To Lose Weight And The Result Is Breathtaking 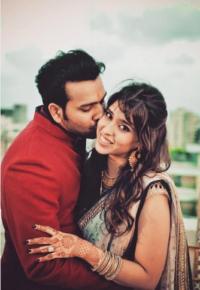 Talking about their marriage, even their proposal story is so sweet. After dating each other for quite a while, Rohit decided to propose Ritika one day. And he took her to the Borivali Sports Club, Mumbai, which is the most important place of his life. He went down on his knees and proposed Ritika, and she excitingly said, yes! Check out their love story here.

For those of you who do not know, Ritika is also Yuvraj Singh’s rakhi sister, as the three used to meet together a lot. Speaking of cricket, it must be noted here that, Rohit’s knock of 208 came when the regular Indian captain is not in the country. As we all know, Virat is in Italy who, just a couple of days ago, got married to his lady-love, Anushka Sharma. 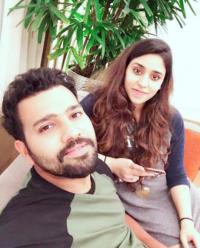 Well done Rohit Sharma! Ritika must be so elated and proud of you today! May you always shine like today on the field and always stay happy with Ritika.

Next Read: INR 1.3 Crore Jeep And A Royal Personalised Bag Having His Own Initials, Taimur Is A Swagger Baby 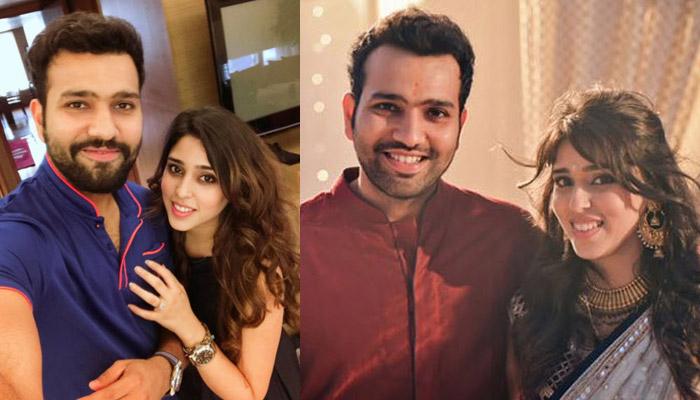 He is a star batsman of Indian cricket team and she is his better-half, always by his side, earlier as his manager and now as his wife. We are talking about the very handsome and recently married, right-handed batsman, Rohit Sharma and his pretty wife, Ritika Sajdeh. Their love story is full