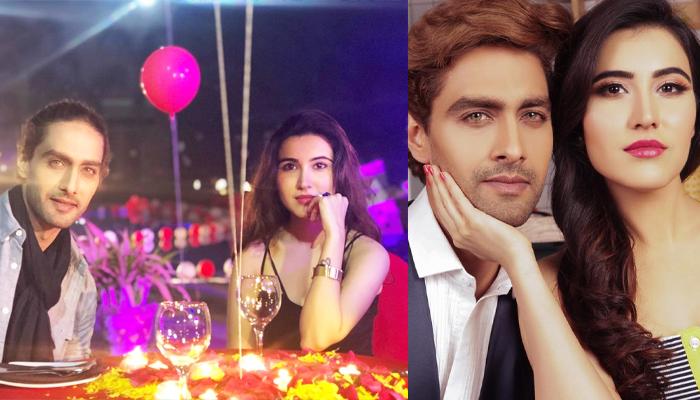 Do you believe in the adage 'True love always comes back'? If you don't, then there is a tinsel town couple who will reinstate your faith in true love. We are talking about Rohit Purohit and Sheena Bajaj. After all the ups and downs in their relationship, and alleged breakup twice, Rohit and Sheena have confirmed that they are getting married. Read on for more details. (Suggested Read: Katrina Kaif Answers If Breakup With Ranbir Kapoor Influenced Her Character In 'Zero')

Rohit Purohit and Sheena Bajaj are getting married on January 22, 2019, in former's hometown- Jaipur. Confirming the news of their wedding to the Times of India, Sheena said, "The Wedding is on the 22nd and the pre-wedding functions, including mehndi, haldi, sangeet and engagement, will be held on the previous day. All functions will be held in Jaipur.” Rohit further added that because he is a Punjabi and Sheena is a Marwari, hence two wedding functions will be held. Rohit said, “We plan to follow both the traditions- Marwari and Punjabi." 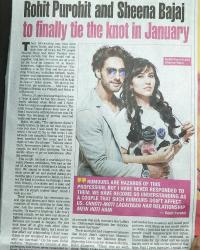 Tujhse Hai Raabta actress also shared that she has always been sure of Rohit, "I get really affected when Rohit and I fight, which results in unpleasant rumours. The only thing I have always been sure of is that I want to be with Rohit at any cost. He made the decision of getting married early and here we are.”

Sheena is 24, and Rohit is 29. Commenting on the age-gap, Rohit added, “The age factor doesn’t really matter. In fact, in my case, my parents felt that I was ready for marriage when I turned 22. So, in that sense, I am already late (laughs!). Sheena and I have been together for five years and it felt right to take the plunge.” On their honeymoon plans, Rohit revealed, “As a couple, we don’t plan anything. We will decide where to go on a honeymoon after the wedding." 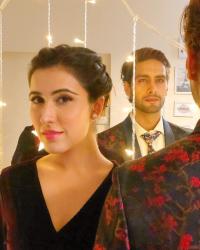 Sheena Bajaj also shared in the interview that it was she who had proposed to him, and not the other way round. She retorted, "We met on the set of Arjun and I developed a liking for him. We stayed in touch even after the show went off air and started dating six months later. I proposed to Rohit, as he is not the kind to confess his feelings. I went with flowers, chocolates and a cake and told him that I want to see him every day of my life. He simply replied ‘okay’, which I took as a yes." 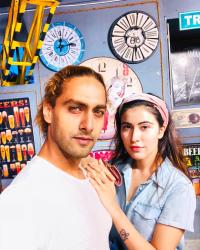 In June this year, it was reported that Sheena and Purohit have broken up. Commenting on the same, Sheena said, "It wasn’t a break-up. Like every normal couple, we too have our share of fights because we are poles apart. So, differences are bound to happen. We just took time off to give each other some space. I am fine with fights, but I won’t let that affect our relationship. I don’t want things to get escalated by a third party after our marriage.” Rohit interjected here and added, “Rumours are hazards of this profession, but I have never responded to them. We have become so understanding as a couple that such rumours don’t affect us. Chhoti-moti ladaiyaan har relationship mein hoti hain.” (Also Read: Janhvi Kapoor Apologises To Smriti Irani For Calling Her 'Aunty', Here Is How Fans Reacted) 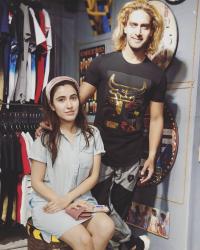 Sheena and Rohit's last breakup reports had a lot to do with the growing closeness of Sheena with her Mariam Khan - Reporting Live co-actor, Avinash Mishra. To this Rohit opened up and remarked, "There was no such thing. While I take my time to open up, Sheena is a friendly person. She befriended her co-actors and would post pictures with them on her social media accounts. I just told her to be careful, as people could misinterpret her intentions. Besides, I was stationed at Umbergaon for my shoot and we could hardly meet or talk on the phone at that time. Had I been insecure, I would have returned to Mumbai." 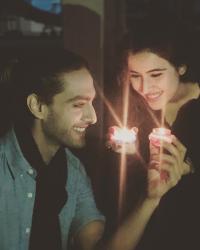 In a throwback interview in 2015, Rohit had spoken of his marriage plans with Sheena. He said, “Of course, we are very serious about each other. Our families have also met. We were planning to get married this year initially, but I have put the plan on hold. Sheena is just 22. I don’t want to hold her back for anything. Marriage is a huge responsibility and I would like her to focus on her career as of now. But we plan to tie the knot in the next couple of years." 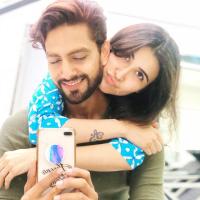 It must be noted here that Sheena Bajaj's father, Raja Bajaj is a photographer and casting director in the television industry. In the wake of #MeToo movement recently, he was recently accused by Saam Daam Dand Bhed actress, Sonal Vengurlekar of sexual harassment. Commenting on the allegations against her father, Sheena said in an interview recently, "It's a false allegation, absolutely false. Sonal is just blackmailing my father for money. She was someone who at that time had just entered the industry to pursue her career and earn money. If my Dad has done something wrong, then she should have gone to the police and complained about that first, rather than calling my mother and narrating the entire incident to her. She first demanded 5 Lakhs and then reduced the amount." (Don't Miss: Ranveer Singh Looks Lost While Addressing The Media, Says 'Main Deepika Ke Khayalon Main Khoya Tha') 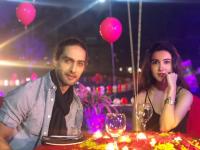 Well, stay tuned in here for more follow-ups on Rohit Purohit and Sheena Bajaj's wedding, and also mark your calendars with the D-date. 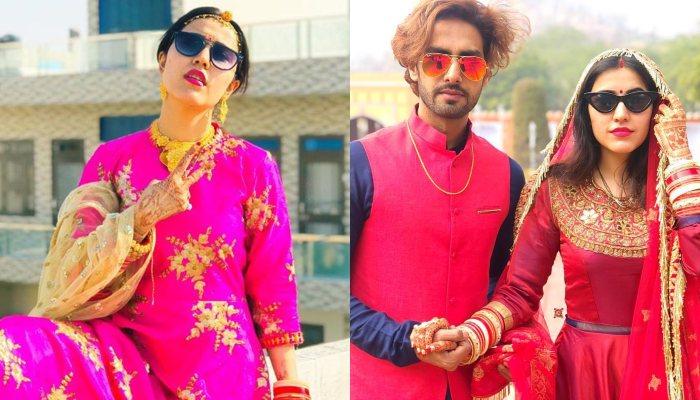