Rohit and Anita are on cloud nine as they are expecting their first baby. On October 21, 2020, Rohit shared a love-filled video with his pregnant wife and we couldn’t stop drooling over it. 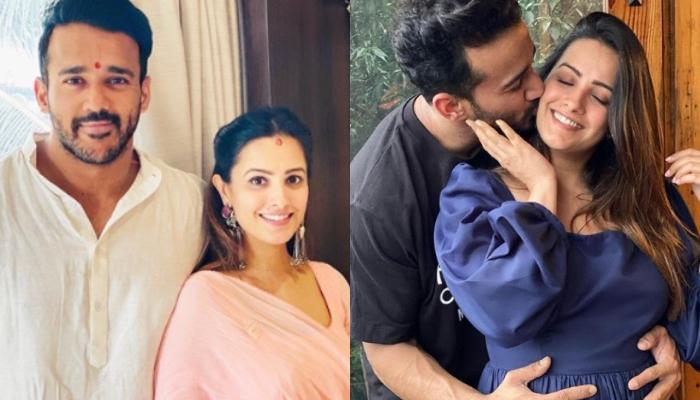 One of the most awaited phases in a couple’s life is when they decide to extend their family and welcome a mini version of themselves. Ever since Rohit Reddy and Anita Hassanandani had announced the news of their pregnancy, their social media handles are filled with beautiful pictures of the soon-to-be mommy and daddy. From their babymoon pictures to Anita’s adorable videos flaunting her baby bump, we just can’t stop scrolling through their social media handles. Due in February 2021, Anita and Rohit are enjoying every moment of their pregnancy phase. (Also Read: Karisma Kapoor Is Missing Her Sister, Kareena Kapoor Khan, Wants Her To Hurry Back Home)

On October 14, 2020, Anita Hassanandani and Rohit Reddy had completed seven years of marital bliss. To celebrate their anniversary and babymoon, the two had jetted off for a mini-vacation. Anita had shared pictures from her ‘Babymooniiversary’ photoshoot with her doting hubby, Rohit Reddy. While Anita had looked super-cute in a polka-dotted black dress with neckpieces and a bracelet accentuating her look, Rohit had opted for a casual look. The soon-to-be parents had posed amid black, white and golden balloons. Sharing the beautiful pictures from their photoshoot, Anita had written, “Babymooniiversary. In pics you’ll also find the biggest baby.” 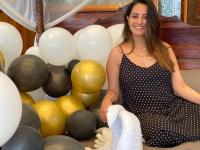 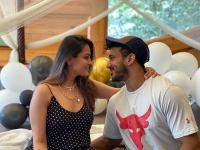 Rohit and Anita are one of the most sought-after couples of the glamour world and the news of their pregnancy is a sweet surprise for their fans. Rohit is on cloud nine and is pampering his expecting wife just like any doting husband. On October 21, 2020, Rohit took to his IG handle and shared a beautiful video with Anita. Looking stunning as ever, Anita donned a pink kaftan with sequence and gota work. She accentuated her look with gorgeous emerald green chandbalis. On the other hand, Rohit complemented his wife in an off white bandhgala with a brocade jacket. In the video, the duo was seen enjoying their PDA moment as Rohit caressed Anita’s baby bump.

On October 18, 2020, Rohit had shared his and Anita’s beautiful journey from a couple to soon-to-be-parents. He had taken to his IG handle and had posted two pictures, the first one was a monochrome picture from their dating days and the second one was from their babymoon. Anita and Rohit had looked elated in both the pictures, giving major relationship goals to the millennials. Along with the pictures, Rohit had written, “How it started... How it’s goin!” (Also Read: Kangana Ranaut Opts For A Gorgeous Mint-Blue Lehenga For Her 'Veere Di Wedding') 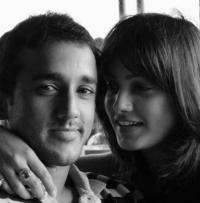 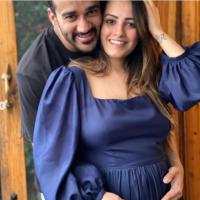 On October 14, 2020, Anita Hassanandani and Rohit Reddy had completed seven years of marital bliss. To celebrate their anniversary and babymoon, the two had jetted off for a mini-vacation. To wish his ladylove, Rohit had shared a monochrome picture of Anita and had worded a simple and crisp wish, which could be read as “Happy Anniversary Soulmate!” Anita had taken to her IG stories and had posted a picture and had written, “7 years of haath mein haath” atop it. 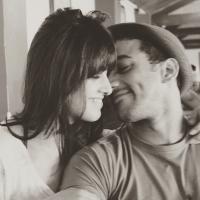 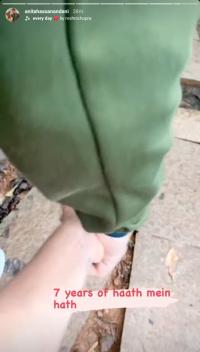 Anita, who had conceived naturally at the age of 39, had broken all the stereotypes about the right age to have a baby. In an interview with The Times of India, she had spoken about the same and had stated, “The age-factor did play on my mind. Many people told me that it’s going to be tough, it overwhelms you. But once I conceived naturally, I realised that age is just a number. You need to be mentally and physically fit for everything to fall in place. Jo naseeb mein likha hota hai, woh toh hota hi hai.” Speaking of how she and Rohit had planned the baby when they were ‘ready’ and not when the society 'expected' them to have a child, Anita had said, “Today, Rohit and I feel well-settled — we are financially and mentally in a place where we are ready to have a child.” (Also Read: Maanayata Dutt Shares Her Twins' 10th Birthday Celebration Pictures, Cuts A Unique Cake) 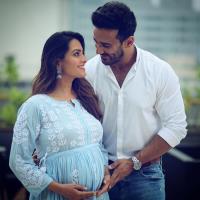 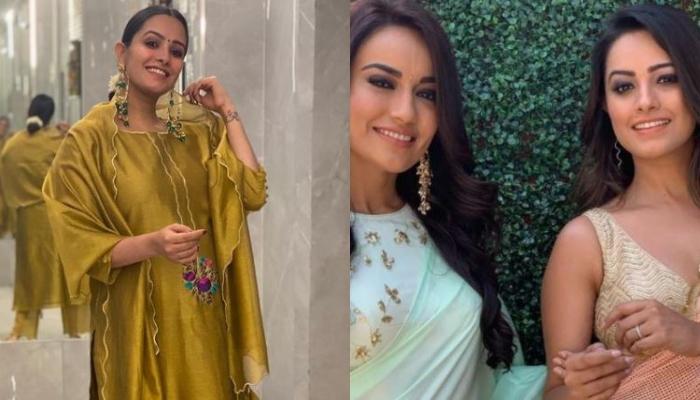