As the famous scene from the movie, 'Vivah' goes viral where Amrita Rao was offering Shahid Kapoor a glass of water, Amrita Rao comes up with her version of the scene and RJ Anmol reacted to it.

Amrita Rao had made her onscreen debut in Ab Ke Baras and was nominated for the Filmfare Best Female debut Award in 2003. The actress has gifted the audiences with films like Ishq Vishq and Main Hoon Na. In both films, Amrita had taken the audience aback by her performance. Whether it was her love and friendship for Rajeev (Shahid Kapoor) in Ishq Vishq or her love for Laksman (Zayed Khan) in Main Hoon Na or her friendship towards Ram (Shah Rukh Khan), Amrita's role had given some major friendship and love goals back then and these movies are still fresh in the hearts of the audiences. However, another such movie that would stay evergreen all the time is Vivah.

The movie, Vivah has left the audiences with some lessons on how love is all about not judging someone based on their appearance but the beauty that lies inside. Despite, the years of its release, whenever it comes on TV, every family sits together to watch the movie. Recently, a scene from the movie in which Amrita was seen offering a glass of water to Shahid Kapoor, saying 'Jal Lijiye' has gone viral over the internet with memes and jokes flooding around. 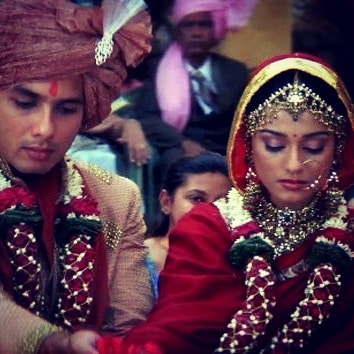 On May 30, 2021, Amrita took to her Instagram handle to post a Reel and recreate the scene with a twist. In the video, Amrita Rao appeared with a glass of water in her hands and offered Jal, just the way she had offered it to Shahid in Vivah. She then excused herself for a moment and returned with a bucket full of water and splashed it on the camera. The actress then said, "Aur? Jal chahiye? Kabse bol rahi hoon, Jal lijiye. Naha Lijiye, happy holi."

This twist was something that no one had imagined. While Amrita Rao shared her take on the iconic scene, her husband, Anmol Sood a.k.a RJ Anmol couldn't help but comment on this hilarious video. He wrote, "She's So Naughty", followed by a laughing emoticon.

A few months back, the duo had welcomed a baby boy, Veer after four-and-a-half years of marriage and they often share glimpses of how they have been spending their time with their son. The couple had taken the "Don't Rush Challenge" a few days back and Amrita had posted a video where her husband, RJ Anmol was helping her in taking care of the baby. The actress had written, "With VEER around, you Don't Ever say " Don't Rush" !!! A Hands On Mom is Nothing without a Hands On Papa @rjanmol27 I'm So Proud of You... #veer #sharethelove #dontrushchallenge #reelinstagram #reelkarofeelkaro #reelitfeelit #rjanmol #amritarao #papa #fatherlove #fatherson". In an interview with the Hindustan Times, Amrita Rao had revealed that she does not have a nanny for her son Veer and had said, "Anmol and I are doing everything ourselves, right from bathing the baby, massaging him to nappy changing, and playing with him."

We wish that the couple keeps on sharing such moments of joy! 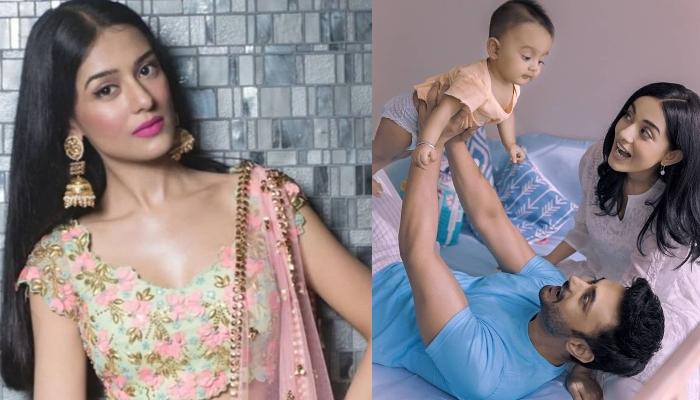 Like every year, this year too, the entire nation is busy welcoming Ganpati Bappa to their homes. And Bollywood is no exception. While some celebrities welcomed Ganpati to their new home, some sought the blessings of the lord with their new family members. Recently, Bollywood actress, Amrita Rao shared pictures