From stopping to work with rumoured beau, Prosenjit Chatterjee to finding love in Sanjay Chakraborty, Bengali film actress, Rituparna Sengupta's love life has been nothing less than a mystery.

Born on November 7, 1970, Rituparna Sengupta is such a name in the Bengali film industry, who cannot be ever forgotten. Known for her impeccable performances since she was just a 19-year-old girl, the actress had proved that only acting skills can suffice to make a true talent make a strong foothold in the industry. Making her debut in Shwet Kapot, opposite Kushal Chakraborty, on DD Bangla in 1989, Rituparna had given wings to her dreams of seeing herself as a big name one day.

Besides her professional endeavours, Rituparna Sengupta has always preferred to keep her personal life away from the limelight. However, sometimes she did hit the headlines due to her alleged love affair with her co-star, Prosenjit Chatterjee, with whom she had done a lot of films. The duo was one of the most hit jodis of their time. Not just that, Rituparna's love story with businessman, Sanjay Chakrabarty was also hidden from the world for a long time. Born to Prabir Sengupta and Nandita Sengupta, Sengupta had a knack for art from a young age. Not only that, but her parents also made sure that she masters the art of painting, dancing, singing, handicrafts, and had got her enrolled at a painting school, named Chitrangshu. Rituparna had her schooling at Carmel High school and graduated from the very famous, Lady Brabourne College in Kolkata. After making her debut in Tollywood, the actress also made her Bollywood debut in Partho Ghosh's thriller, Teesra Kaun, opposite Chunkey Panday in 1994. However, the movie was a debacle at the box office. 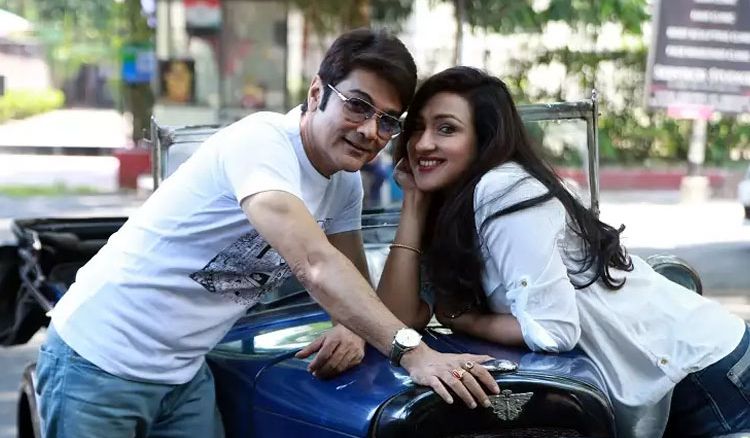 There is no doubt in the fact that Prosenjit Chatterjee is a phenomenal actor and he had a very eye soothing chemistry with his co-stars like Rachna Banerjee, Satabdi Roy and Debashree Roy. However, he and Rituparna have ruled the hearts of their audiences in the 90s by giving some outstanding hits, back to back. She had made her debut with him in the 1994 film, Nagpanchami and since then there was no looking back. In fact, they were loved by the audiences so much that they had worked in more than six films in a year. 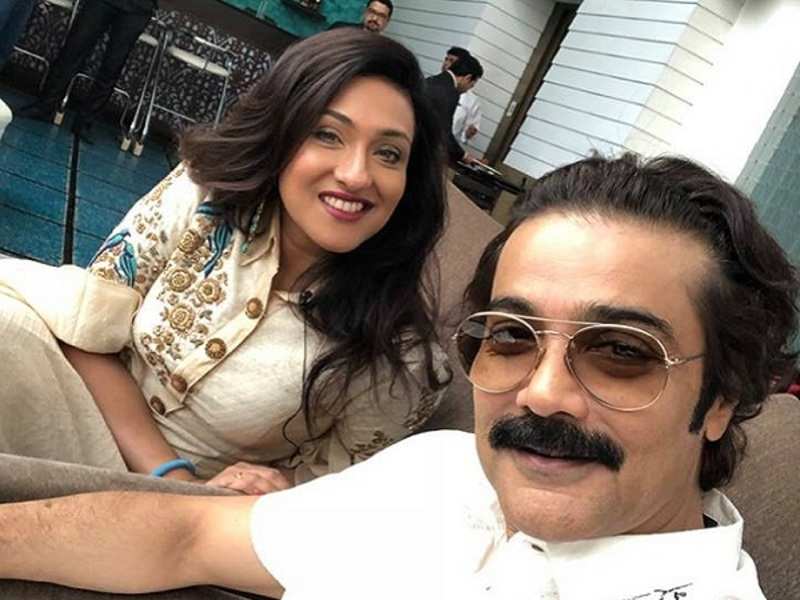 From Abujh Mon, Matir Manush, Praner Cheye Priyo to Sasurbari Zindabad, the duo had worked in many more films. They were such a hit that rumours of their dating each other were also rife. Though neither of them ever accepted their relationship, their closeness with each other had raised many eyebrows. However, after delivering numerous films together, Rituparna Sengupta stopped working with Prosenjit Chatterjee. Their last film together, before reuniting again, was Streer Maryada in 2002. Since then, both Rituparna and Prosenjit had remained tight-lipped behind the reason for their fallout. 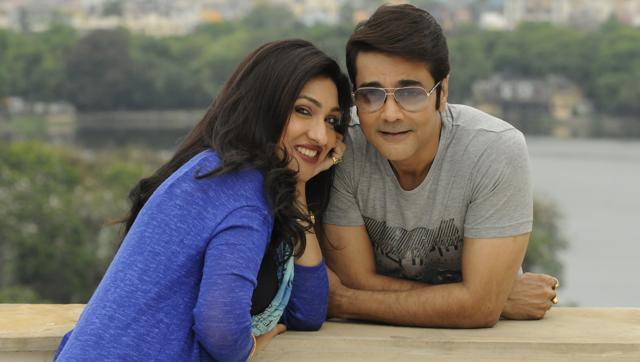 In 2016, Rituparna Sengupta and Prosenjit Chatterjee made a comeback with their on-screen appearance after 14 years with the film, Praktan, which was directed by Shiboprosad Mukherjee and Nandita Roy. In an interview with The Times Of India, when Rituparna was asked about the reason behind not working with him for all these years, she had denied revealing the reason and had stated that it would go along with her. In her words:

I have always said there is no possibility of working together. But I am not sure, if a spectacular opportunity comes my way change the face of this industry, which I'm sure will, maybe I would give it a last shot. About why I don't work with him, let that be a mystery. And this piece of mystery will go with me. As already stated, Rituparna Sengupta has been a very private person. Rituparna and her husband, Sanjay Chakrabarty were childhood sweethearts. Their first meeting was quite by chance, at an excursion organised by Chitrangshu, the art school in which the actress had studied. When they had met for the first time, they were both quite young. While Rituparna was in the seventh grade and he in the tenth, their first meeting was followed by several exchanges of letters and long, animated, telephone calls.

Rituparna and Sanjay's reunion and marriage

Sanjay is a talented sarod player and Rituparna always encouraged him to pursue his musical talents. Over time, they became very good friends, supporting each other in their professional pursuits. However, in the course of time, their paths diverged. Sanjay had left for the US to pursue his higher studies and Rituparna was immersed in the film world. It was only after a couple of years, in 1997, that they had met again and their romance bloomed once more. For the uninitiated, Sanjay is the owner of MobiApps - a mobile and wireless high-tech startup. When Sanjay Chakrabarty had proposed to Rituparna for marriage, that had changed a lot of things for her as she had never thought of tying the knot with him. Also, during her courtship with him, Sanjay changed her perspective about life in general. Therefore, she had decided to get married to him on December 13, 1999, in Calcutta. The wedding was a grand affair and was greeted with an overwhelming response from friends, fans and the film community. After the wedding, the couple had enjoyed their exotic vacation by going on a honeymoon to Australia.

Sanjay Chakrabarty and Rituparna Sengupta are blessed with two kids

The actress, who had ridden the crest of her box office success in the late 1990s, is also a doting mother to her kids, Rishona Niya Chakrabarty and Ankan Chakrabarty. In the year 2000, Rituparna and Sanjay were blessed with their elder son, Ankan and after 11 years, she had embraced motherhood again with the arrival of her daughter, Rishona Niya in 2011. Despite her busy schedule, Rituparna always makes sure to take some time out for her children.

Though Rituparna Sengupta and Sanjay Chakrabarty's marital life has been a long-distance one because he is based in Singapore, the pandemic has acted as a boon for her. The actress is now spending some quality time with her husband in Singapore.

NEXT READ: Men In Nusrat Jahan's Life: From Dating A Gang-Rape Accused To Troubled Marriage With Nikhil Jain