Sharad Malhotra-Ripci Bhatia looked ethereal at their wedding, but do note the uncanny resemblance of Ripci's Hindu wedding dupatta with that of Deepika Padukone's Sindhi wedding dupatta's border! 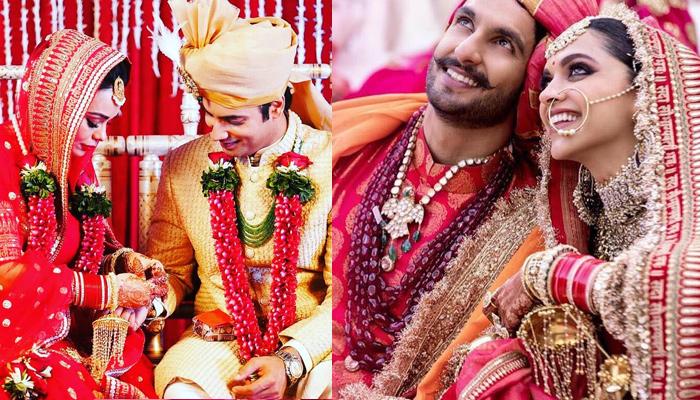 When will television heartthrob, Sharad Malhotra get married and with whom, has been every telly fan’s point of concern! And giving them an answer through his action instead of his words, self-admitted marriage-phobic, Sharad Malhotra did ride on horseback to fetch his dulhania, a Delhi-based fashion designer, Ripci Bhatia on his April 20, 2019, wedding. And it was truly a sight to behold as they became one another’s in their dual wedding ceremony. (Do Read: Google CEO Sundar Pichai And His Wife Anjali Pichai's Love Story Proves True Love Always Wins)

After a series of fun-filled pre-wedding functions, Sharad Malhotra and Ripci Bhatia are now tied to each other for an eternity. The morning of April 20, 2019, was reserved for an elegant Anand Karaj wedding. For their wedding, Ripci donned herself in a peach and red lehenga-choli with beaded jewellery and minimal makeup. Her star hubby, Sharad made for a dapper Sikh groom in a white bandhgala, complementing turban with his wife’s dress, a chunni and a sword in his hand! One glimpse at the picture and you will see how happy they look with each other: 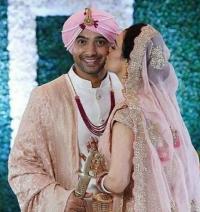 The evening of April 20, 2019, was served for Sharad Malhotra and Ripci Bhatia's fun-filled Hindu wedding. While we will share many unseen glimpses from the #RipSha wedding, an interesting observation from us first! While the celeb bride and the groom had looked like a match made straight in heaven, but do note the uncanny resemblance of Ripci's Hindu wedding dupatta with that of Deepika Padukone's Sindhi wedding dupatta's border! With an almost similar design and 'Sada Saubhagyawati Bhav’ written with zari, it is indeed quite difficult to say who looked the best! (Also Checkout: Sara Ali Khan To Alia Bhatt: B-Town Divas Who Went From Fat To Fab With Dedication And Hard Work)

Take a look at both of the pictures with special attention to the borders: 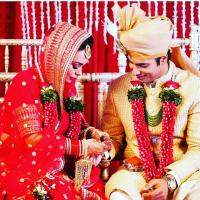 While Ripci Bhatia made for a treat to our eyes in a simple red large polka-dotted lehenga, her now hubby, Sharad Malhotra looked dapper as he rode his ghodi and set for the path of marriage. While the #RipSha wedding is everyone’s point of interest now, we bring to you a few unseen glimpses from Sharad Malhotra and Ripci Bhatia’s Hindu wedding which comprises of their sindoor and mangalsutra ceremony too. Also, don’t forget to take a look at the video where Sharad carries his bride in his arms, while Ripci couldn’t stop blushing! 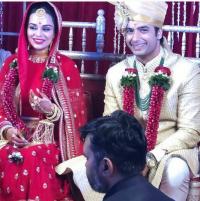 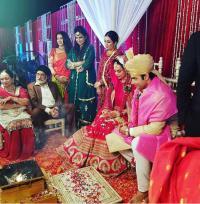 Giving you a flashback of Sharad Malhotra and Ripci Bhatia’s pre-wedding festivities, for the couple’s mehendi ceremony on April 19, 2019, they looked mesmerising in traditional wears. While Sharad was dressed in a pastel-hued kurta-pyjama and bandhgala, Ripci looked nothing short of a diva in a blue lehenga-choli, with silver-crystal work on it, hair tied in a side braid, with rose jewellery for her earrings and hair. Take a look at one of their pictures here: (Must Read: Vahbiz Dorabjee Lashes Out At 'People Concerned About Her Divorce' And Alimony From Vivian Dsena) 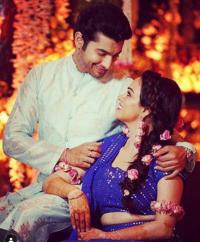 The same evening was reserved for their sangeet ceremony, as Sharad Malhotra and Ripci Bhatia set the stage on fire with their dreamy romance and fantastic performances! What we can decipher from the pictures, the night was also reserved for their engagement. While the now mister was dressed in a maroon velvet bandhgala kurta, his soon-to-be dulhania amazed everyone in a golden lehenga-choli, with her hair left loose. While we will definitely share the pictures with you, watch how the duo danced away all night, hand-in-hand together: 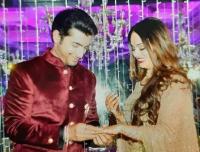 On April 13, 2019, Ripci Bhatia shared a beautiful picture with her beloved, Sharad Malhotra striking a mini Rab Ne Bana Di Jodi pose, announcing to the world that they have now been rokafied! Smiling at the camera, the soon-to-be-bride had written, “Will you ever stop running...he asked.."Only if I find something worth stopping for"..she said. And so she did @sharadmalhotra009 #lohumrukgaye #nowandforever #roka #latergrams #thisoneisforthesmfans #ripsha.” (Also checkout: Pregnancy Risks After 30: From Low Fertility, Child Birth Complications And Chances Of Miscarriage) 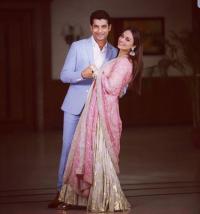 On March 2019, amidst wedding rumours, we had shared a beautiful picture of Sharad Malhotra’s fianceé, Ripci Bhatia’s ringed-hand, which suggested that they were an engaged couple. Amidst the backdrop of the beautiful Marine Drive in Mumbai, Ripci had uploaded the beautiful picture and had captioned it as, “Each day.. All day.. In love.. now and forever” followed by ring and heart emojis. She also ended her caption with the hashtags, #isaidyes, #happyvalentinesday, #themostbeautifulone, #memories, #anighttoremember. 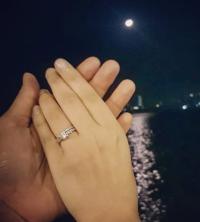 Sharad Malhotra had earlier shared in an interview as to how he met Ripci Bhatia. Ironically, Sharad had confessed what connected him to Ripci and that was their shared fear of marriage! He had said, "When I was introduced to Ripci, I had just come out of a relationship and was going through a difficult phase. Initially, we would just exchange occasional pleasantries on social media. It was only after Ganpati last year that we got talking on the phone, which was after my last relationship ended. What connected us probably was our fear of marriage. In fact, Ripci travelled the world for six years to avoid marriage, as the pressure on a girl at her age was mounting. I would have loved to do that, too, but I was constantly working. It’s only recently that our families got involved after we spoke over the phone for a few days. Both of us instantly realised that this is it and decided to take the plunge." (Also Read: Kajol Reveals 16-Year-Old 'Heartbeat' Nysaa Devgan's Career Plans, Feels Media Should Give Her Break) 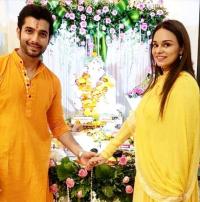 But look how beautifully Sharad Malhotra and Ripci Bhatia became each other's forever! We wish them happiness for eternity!