Of late and what looks like it, Riddhima Kapoor Sahni is on a throwback mode, as the celebrity jewellery designer took to her Instagram stories and posted two throwback pictures.

Daadu/Naanu and his poti’s relationship needs no further definition! Your greatest playmate when you are strong to becoming your biggest confidante when you grow up, a grandfather-granddaughter relationship is simply the best! From letting you stay in the park for those extra hours, narrating tales about all the heroic activities he did as a youngster by joining the struggle for freedom and how he was dragged away to lead a domestic life and how he met your granny, daadu/naanu is the most interesting people in this planet! And we bet things are no different between Rishi Kapoor and his granddaughter, Samara Sahni. (Do Read: Alia Bhatt Has Chosen This Instagram Bio For BF, Ranbir Kapoor If He Ever Makes His Instagram Debut)

Samara Sahni is the daughter of Riddhima Kapoor Sahni. She is the apple of every member of the Kapoor family’s eye. Be it posing with her stylish naani, Neetu Kapoor, enjoying a playdate with naanu, Rishi Kapoor, chilling with mom and dad, Riddhima Kapoor Sahni and Bharat Sahni or having the most of her handsome maamu, Ranbir Kapoor (probable maami, Alia Bhatt), Samara is growing up into a complete filmy kudi! And how much we love this chirpy little kiddo!

Riddhima Kapoor Sahni often posts pictures of her daughter, Samara Sahni on her Instagram handle. Of late and what looks like it, Riddhima is on a throwback mode, the celebrity jewellery designer took to her Instagram stories and posted two throwback pictures. One picture has a fit Rishi Kapoor celebrating birthday with granddaughter, Samara Sahni by her side. Looking at the picture, we only wish to see this legendary actor all hale and hearty again (the actor is currently undergoing treatment in New York)! The second story has a kiddo Ranbir Kapoor looking all naughty as the camera flashed at him! Take a look at the same below: 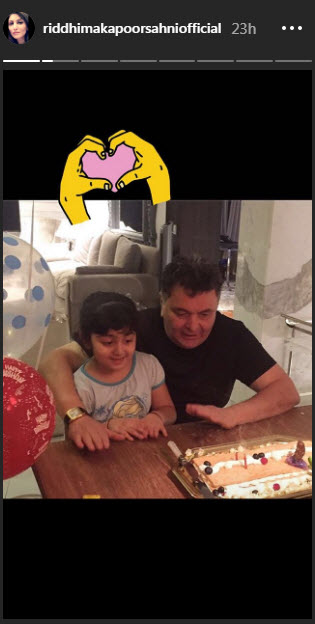 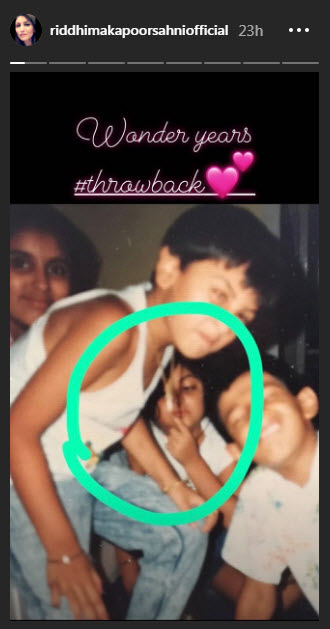 How adorable, isn’t it? Samara Kapoor and her superstar maamu, Ranbir Kapoor are very close. Revealing a super-interesting account of the same, Riddhima Kapoor Sahni was once quoted as saying, “Samara is just like my dad — she is totally like him. She has him and Ranbir wrapped around her little finger and she means business. Girls chase Ranbir and he runs after Samara." (Must Read: Malaika Arora's Cryptic Post About 'Soulmate' Makes Us Wonder If She Is Hinting At Beau Arjun Kapoor)

Riddhima Kapoor Sahni, in an interview, had shared the kind of father, Rishi Kapoor has been, “Growing up he was a big hero and really busy and we were busy with our lives. But he made it a point to be home when we were home which meant we could not go out after six! He would play games – he loved quizzing Ranbir and me to check our general knowledge. He was a very strict parent and we were scared of him but now I am glad he was. He was a superstar but we were very grounded.” In an interview with Hindustan Times, Riddhima Kapoor Sahni had also shared how much in awe of, is she of her father, Rishi Kapoor and brother, Ranbir Kapoor. When asked if she watches their films, the star daughter-cum-sister had shared, “It’s amazing! I watch all his films. I go the theatre to watch only his films, and of course, my brother’s. I think everybody doesn’t get the chance or a second inning. My dad did very well in his first (phase), and then he started doing different roles in his second innings. He’s so fantastic, and I am so proud of him. He played all the romantic roles offered to him with honesty, and now he’s doing a Mulk, Kapoor and Sons, he’s even played the bad guy in Agneepath! At the age he’s at, he is such a workaholic and passionate about movies.” As we mentioned, Rishi Kapoor is currently undergoing treatment in New York, updates from Riddhima Kapoor Sahni about his health often comes as a relief to us. She had shared in an interview, “He's fine, nothing to worry about. I was never worried anyway. He's just getting his routine tests done, like he said on Twitter, after so many years of wear and tear. He's getting everything done, so hoping for the best." Previously, for an NDTV interview, Riddhima Kapoor Sahni had described her actor-father and was quoted as saying, "My dad is as honest on Twitter as he is in real life - he is a very straightforward and that's what's amazing because in today's times, we need more people like him who are not afraid to speak their mind and are totally frank about certain issues, so kudos to him." (Next Read: Janhvi Kapoor And Boney Kapoor's Unseen Throwback Pic In Splits, Holding Hands Is Childhood Purity) 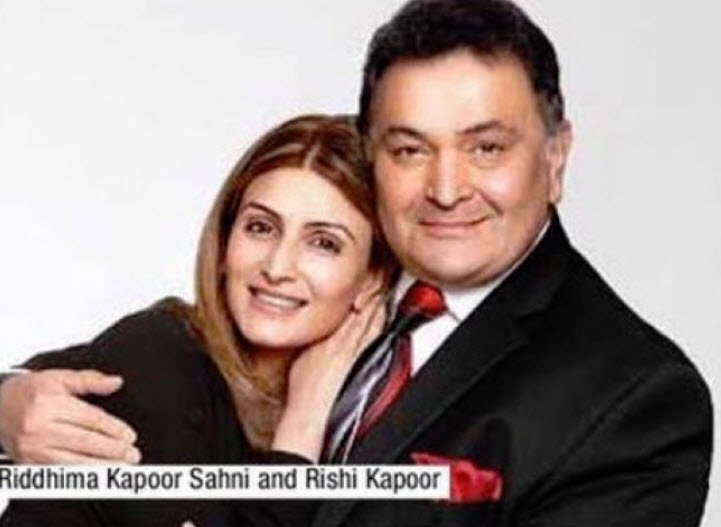 Totally! Guys, how did you like the two throwback pictures shared by Riddhima Kapoor Sahni? Keep us posted!