Richa Chadha Shares Her Beau, Ali Fazal's Childhood Picture And It Is All About Love And Goals

Richa Chadha Shares Her Beau, Ali Fazal's Childhood Picture And It Is All About Love And Goals

Richa Chadha and Ali Fazal are a doting couple. On June 24, 2020, Richa shared a childhood picture of Ali and it melted our hearts. 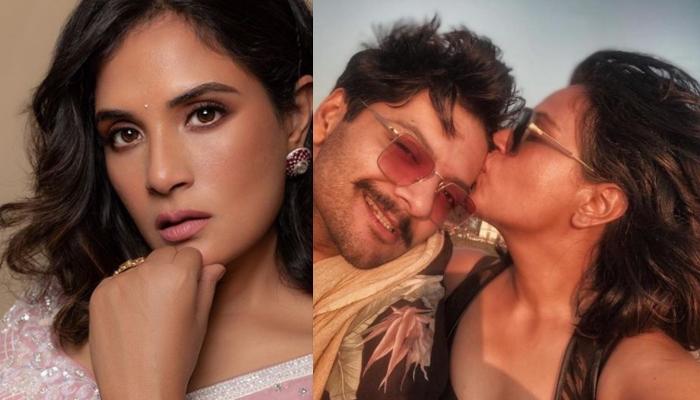 Love is the purest form of emotion and nothing in this world can replace the feeling of being loved. From the mid-night chats to stargazing, walking hand-in-hand to enjoying a hot cup of chai in the rains, every moment spent with your partner becomes the most cherished one. While in Bollywood, where celebrities keep their personal lives out of media glares, there is one couple, who has been quite vocal about their relationship. Yes, we are talking about the doting couple, Ali Fazal and Richa Chadha, who is riding high on love. (Also Read: Sonam Kapoor Shares A Throwback Picture With Mom Sunita Kapoor And Sibling Rhea And Harsh Varrdhan)

Richa Chadha is known for her spectacular performances and apart from her acting, the gorgeous lady is also known for speaking her mind. She had always said that she would never fall for someone from Bollywood but little did she know that she would be swept off her feet by co-actor, Ali Fazal. When the ‘Bholi Punjaban’ had confessed her relationship with her Fukrey co-star, their fans had gotten not one, but many reasons to celebrate. The love birds were all set to tie the knot in the month of April, but the ongoing pandemic of COVID-19 had spoilt their plans.

Richa Chadha is quite active on social media and often shares glimpses with her beau, Ali Fazal, and June 24, 2020, was no different. The beautiful actress took to her Instagram stories and shared a childhood picture of Ali. In the picture, Ali donned a red t-shirt and white pants and flashed his cutest smile for the camera. Along with the picture, Richa shared a heart emoticon surrounding Ali’s picture and wrote, “I GOT YOU @alifazal.”

Richa and Ali had become friends on the sets of Fukrey and it was also rumoured that they had started dating each other after some time. The rumours had become more evident when Richa broke off with her ex-boyfriend, Franck Gastambide, whom she had met at the Cannes Film Festival 2015. The same was confirmed during the Venice Film Festival in 2017 where Ali’s film, Victoria and Abdul, was screened and Richa had flown all the way to be by his side. (Also Read: Divya Agarwal Gets a Big Surprise Gift From Boyfriend, Varun Sood For Renovating Their House)

In an interview with the Mumbai Mirror, Ali Fazal had opened up on the reason for postponing the wedding. He had said, "It has been delayed until further notice. I think we will celebrate with the world when everything is open again. We have something to celebrate... some good news hopefully, that everyone will get and we’ll make sure to bring that along with our wedding. Until then, we’re following all the rules of the lockdown and awaiting the next steps."

On June 22, 2020, Richa had taken to her Instagram handle and had vent out her grief of not being able to tie the knot because of the pandemic. The actress had shared a meme from her film, Gangs of Wasseypur, wherein her character, Nagma Khatoon, was sitting quietly during her nikaah. The qazi had repeatedly asks her if she agrees to her wedding with Manoj Bajpayee’s character, Sardar Khan, but she didn't utter a word. She had captioned the post as "#8YearsOfGangsOfWasseypur 2020 saw me postponing my shaadi, rightly so, cuz this is such an unpredictable, manhoos year! Here’s some #NagmaSwag for you, from the film that started it all for me! Enjoy. #NagmaKhatoon #GangsOfWasseypur #ActorsLife #richachadda #GangsOfWasseypur #AKFPL". (Also Read: Parineeti Chopra Wishes Brother, Shivang Chopra 'Happy Birthday' With A Hilarious Face-Swapped Photo)

Well, we loved Richa and Ali’s chemistry. What about you? Let us know.