Rhea Chakraborty is rumoured to be dating 'M.S. Dhoni' star, Sushant Singh Rajput but till now the duo has been tight-lipped about it. Recently, Rhea opened up about her relationship with Sushant.

When you enter the world of glitz and glam, you have to be prepared about the pros and cons that the stardom comes with. From hiding your relationship to faking a relationship for the promotion of the upcoming movie, the stars have to go to any extent to keep their personal life private. While some prefer to be open about their relationship, some like to be as secretive as possible about their relationship. But as they say, when you fall in love, the happiness and joy make you glow little extra every day. We have seen many celebs hanging out with their rumoured partners, and their chemistry becomes evident to the fact that there is more to their bonding. Linkups, breakups, divorces, and extra-marital affairs, Bollywood is filled with gossips on these topics. From who is dating whom to who is going to get married with whom and when the gossipmongers keep their ears and eyes open for the latest updates. (Recommended Read: Janhvi Kapoor And Her Rumoured Ex-Beau, Akshat Ranjan Relish Some Authentic Indian Food At A Dhaba)

Whenever we spot any Bollywood’s handsome hunk with a leading lady, we start to assume that there is something going on between the two. And the duo, who has joined the list of the rumoured couple is none other than, Rhea Chakraborty and Sushant Singh Rajput. The two have been spotted quite a few times at each other’s residence partying together. And their off-screen chemistry is enough to spark the rumours about their relationship status. From their social media posts to the comments on each other’s pictures and status, is enough to make their relationship status a trending topic for discussion. Though Rhea and Sushant have always been tight-lipped about their relationship status, a mere glimpse of them have always made our day! In an interview with the Hindustan Times, Rhea Chakraborty opened up about her relationship status with Sushant Singh Rajput. She was quoted as saying, “We’ve been very good friends for many years. I am fond of working towards our shared goals, like starting our new NGO and travelling. If there is anything else between us or not, this isn’t something that I want to disclose yet.” Talking about starting an NGO with Sushant, Rheas added further, “I’m opening a gym along with a friend. I’m also starting an NGO with Sushant and my brother to provide free education to needy children. As actors, we do have certain powers. I want to use them for the right cause.” It was on January 10, 2020, when Sushant Singh Rajput had made our day merrier with one of his Insta stories. He had taken to his official Instagram handle to make his relationship with Rhea Chakraborty Insta-official. Sharing a picture of Rhea, Sushant had referred to his not-so-rumoured-anymore ladylove as ‘meri jalebi’ (a reference to Rhea’s last release, Jalebi). However, Sushant had deleted the post from his Instagram later. (Suggested Read: Mona Singh Shares A Video With Beautiful Moments From Her Wedding On Her One Month Anniversary) According to a report by SpotboyE, Sushant Singh Rajput has packed his bags and walked out of his building (Capri Heights) to move into his rumoured girlfriend, Rhea Chakraborty’s flat. It was reported that according to the watchman of his building, Sushant was not happy in his flat and his neighbours too complained about getting disturbed with his parties and loud music. The reports had also stated that Sushant has shifted to Rhea’s residence a week ago, which is also in Bandra. 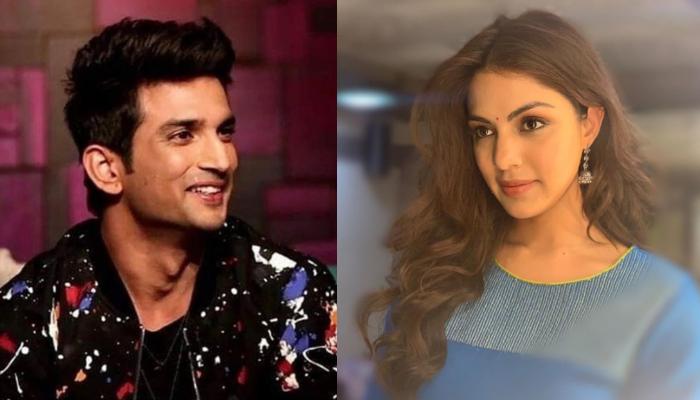 In an interview with the Filmfare, Rhea had shared her views on her kind of love and relationship. Talking about her idea of a perfect relationship, the actress had remarked, “I’m closer to the no-strings-attached kind. I’m not looking at falling in love, dating someone or getting married for the next many years. Even if I’m interested in someone, I don’t expect them to marry me. At least not right now.” Further sharing her idea of an ideal date, Rhea had stated, “Some with good looks, intelligence, someone funny, someone who smells good and who allows me to go Dutch on the bill.” (Must Read: Saif Ali Khan Talks About Difference In Raising Sara Ali Khan, Ibrahim Ali Khan, And Taimur Ali Khan) 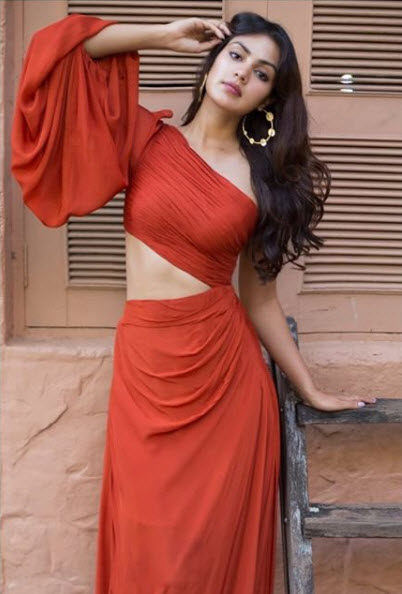 Guess we will have to wait more for Rhea and Sushant to confirm their relationship! Love is a special kind of feeling and when you find your perfect partner, your life seems to be complete. You try to spend each and every moment of your life with your soulmate and try to make every moment memorable. But, when you enter the world of glamour, you