'Jawaani Jaaneman' actor, Saif Ali Khan talks about raising Taimur Ali Khan, Sara Ali Khan, and Ibrahim Ali Khan and the difference he felt in raising each of them. Saif Ali Khan is going to be seen next in Jawaani Jaaneman and is going to portray the character of a cool guy, who doesn’t want to indulge in responsibilities. This is not the first time when Saif Ali Khan is going to portray a character like this, as we have already seen him doing similar kind of roles in Love Aaj Kal, Cocktail, and many others. But, you’ll be shocked and surprised to realise the reality that Saif is a complete contrast of his on-screen appearance in his personal life. The actor is a father of three children, Sara Ali Khan, Ibrahim Ali Khan, and Taimur Ali Khan. The actor is enjoying his life with his wife, Kareena Kapoor Khan and kids. (Recommended Read: Kalki Koechlin Flaunts Her Cute Baby Bump In A Swimsuit, Her Adorable Pregnancy Glow Is Unmissable)

In real life, Saif is extremely close to his children and shares a different bond with each one of them. If we talk about Sara then he’s supportive and guides her with his advice, with Ibrahim he gives him space to develop his interest in anything he wishes, and with Taimur, he just loves and adores him as much as possible. But, Saif recently talked about the difference he felt in himself while raising his three kids, Sara, Ibrahim, and Taimur. 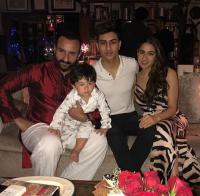 In a recent conversation with the Mumbai Mirror, the actor revealed that when Sara and Ibrahim were kids, he was busy focusing on his career and was in search of stability but same is not the case with Taimur as he is stable in his career and has more time to spend with him. The actor stated, “The difference, I suppose, is that I’m a little more patient now, whereas when Sara and Ibrahim were young, I was busy trying to build my career. And since I didn’t know what I wanted, I was a bit more selfish when it came to giving them more time. I’m still a bit selfish with my time, but I’m much more patient than I was. When we’re in London, we go to my friend Salim’s house. Everyone’s around, including the kids, and I can just sit and watch them run around.” (Don't Miss: Tahira Kashyap's Son, Virajveer's Answer To 'What Being Gay Means' Left Her And Everyone Teary Eyed) 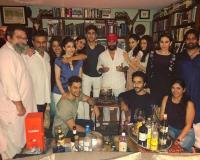 In the same interview, Saif also revealed that he miscalled the names of his children and said, “I sometimes call Taimur Ibrahim or Sara; love is a funny thing with your children because, on one hand, you can’t differentiate between them and on the other, you can’t replace one with the other.” Well, golden words from Saif Ali Khan and there’s no doubt that he’s a supportive father and encourages each one of his children in their respective life. However, Saif Ali Khan doesn't shy away from revealing the truth that his divorce left him heartbroken. Saif spoke about his divorce in an interview to Pinkvilla and called it ‘the worst thing in the world’. He said, “That is something I still feel could have been different. I think I will never really be okay with that. I try my best to make peace with that and with myself saying that I was 20 and I was quite young and so many changes. You feel bad but it is a strange thing.”

In terms of Sara’s career in Bollywood industry, Saif had already stated her views in an interview with Bollywood Hungama and had stated, “I thought she was really good in Kedarnath and making interesting choices within the scene. The thing I like the most about Sara, not as my daughter but as a personality, is her strong sense of humility and being down to earth that comes across that makes me support her and, I think, everyone feels that way.” 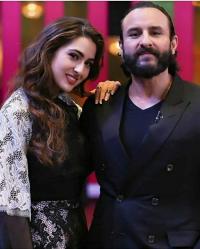 Saif has also shown his concern in terms of his son, Ibrahim’s career and had stated in an interview with the Hindustan Times, “He should, and he’s looking good, better looking than I am! He’s a very charming guy. I think all of my children would be interested in acting. We’re an acting family, the whole bunch of us are in the industry. So I’m sure. He’s still a little young, and I’m keener than he does university first. Then, of course, we’ll support him in whatever he wants to do.” 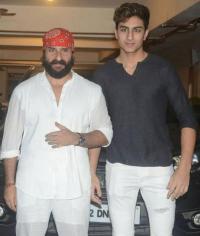 In a recent interaction with the Bombay Times, the Sacred Games actor had poured his heart out on how he feels when Taimur is sleeping after he comes back home from work. Saif was quoted as saying, "When I come home after work and find Taimur sleeping, I feel bad. We shoot long hours, but if I haven’t packed up even after 8 pm, I feel uncomfortable because it means taking away time from my son.” No wonder, Saif Ali Khan is giving equal importance to all of his children in terms of time and direction. (Also Read: Ravi Dubey And Sargun Mehta Welcome Home A Brand New Car, The Former Pens A Happy Note)

Do you think Saif Ali Khan is a great dad in terms of managing his children? 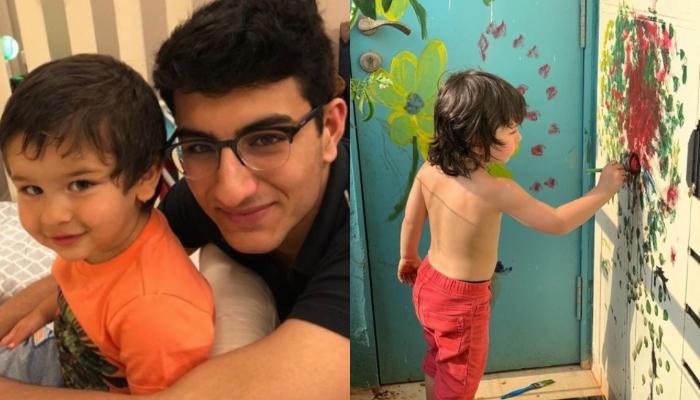 The Kapoor and Pataudi clans are the most affluent and prominent families of B-town. A family with an abundance of talent, acclaimed amongst fans and every member of the family personifying ‘good looks, good looks and good looks’! Be it Prithviraj Kapoor or Mansoor Ali Khan Pataudi; Neetu Kapoor, Babita or Sharmila