Sushant Singh Rajput shared a workout video on his Instagram handle and it was his alleged beau, Rhea Chakraborty, who had an instant comment. Check out her comment below! 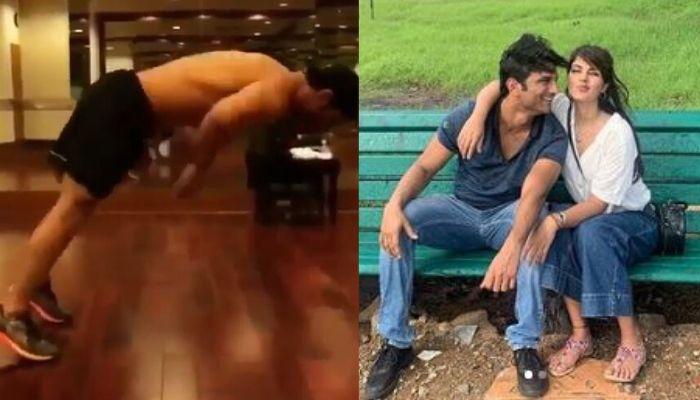 In the dull and gloomy days of lockdown, when nothing seems right, having a hobby can turn your day upside down. And what could be better than religiously following your workout routine which works great for your mind and body! Rather than opting for a routine of eat-binge watch- sleep- repeat, working on your body can be a great change. Being in a glamour world, your appearance becomes one of your top-most priorities and you just cannot take that for granted. Not just for the sake of appearance, most of the celebrities are genuinely hooked to their workout sessions and routines. Our B-town stars are fitness freaks and none of them is taking lockdown as an excuse to skip their workout routine. Most of the stars have turned their home into their workout zone and often share their workout-from-home pictures and videos. One of those celebrities is Sushant Singh Rajput. (Don't Miss: Throwback Picture Of Varun Dhawan Holding His Love, Natasha Dalal Is All About School Time Love)

Sushant Singh Rajput had swept the audience off their feet with the portrayal of 'Manav' from Zee TV’s hit show, Pavitra Rishta. Entering Bollywood with his debut film, Kai Po Che, he had proved the critics wrong with his strong performance. Often it is expected that the Television stars do not do well in Bollywood and he is amongst few of those actors, who have changed the perception and is now known as a Bollywood actor, more than a TV celebrity. With his performance in Ms. Dhoni and Chhichhore, the actor has proved his mettle time and again. Talking about his personal life, for the longest of time, there have been gossips of him dating Jalebi actress, Rhea Chakraborty, though the two have always accepted to be just friends, their outings and social media banter share a different story.

On April 28, 2020, Sushant Singh Rajput shared a workout video on his Instagram handle and it was his alleged beau, Rhea Chakraborty, who had an instant comment. In the video, Sushant can be seen bare chest, doing clap push-ups, which is quite inspiring. Along with the video, the caption can be read as “Clap Clap." Rhea, in no time, reacted to the video with what most of us have been thinking about the video. She reacted on the video with fire emoticons. Indeed, what we all wanted to say. Take a look at the video and Rhea's comment below.

Talking about Sushant and Rhea’s relationship, on April 12, 2020, in an Insta live chat with ETimes, Rhea Chakraborty had admitted, Sushant Singh Rajput to be a very close friend of her and nothing more than that. She had said, "Neither Sushant Singh Rajput nor I have ever admitted that, so it's not true. Sushant and I are really good friends. I've known him for eight years now. We were in YRF together and we had the same manager for a long period. Our friendship has evolved over the years. I love all my friends and I don't hide that. I am very public about my love for the people in my life, whether they are girls or boys. Whereas Sushant is a concern, he's one of the nicest and the coolest person I know. I don't know about him but to me, he's super cute and attractive. But I don't know what he thinks about me." (Also Read: Naga Chaitanya Baking A Cake For Wifey, Samantha Akkineni On Her Birthday Is Winning Hearts)

Further, when asked about one habit of Sushant that she finds annoying, she had talked about Sushant being too intelligent and smart, expressing that sometimes his intelligence makes one rethink his/her own smartness. Rhea had also talked about how she has no clue from where all the rumours of them dating began as they are not even doing a film together. (Recommended Read: Lara Dutta Reveals That Motherhood Was The Reason Why She Took Sabbatical From Acting)

Well, we would only say, there is no smoke without fire! What do you think about Sushant and Rhea’s relationship? Do let us know! 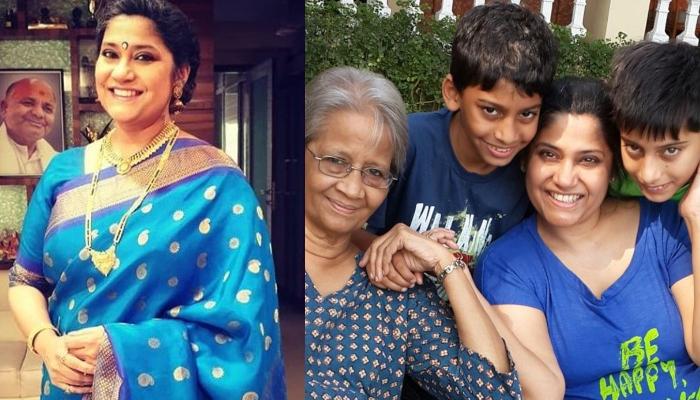