Alia Bhatt Makes Sure That She Eats Eight Times In A Day, Here's Her Diet Plan!

Alia Bhatt Makes Sure That She Eats Eight Times In A Day, Here's Her Diet Plan! 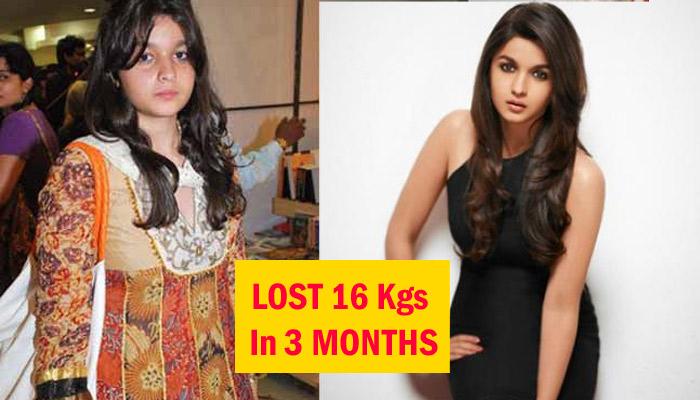 Just a few films old, Alia Bhatt, has become the darling of the industry. She has been riding high on success ever since her debut film, Student of the Year. Not only that, she has always made heads turn with her scintillating figure and fashion sense.

But did you know, this young actress was a chubby girl during her teen years? We know, it must be difficult to believe this considering the curves that she now flaunts so effortlessly, but the truth is she did weigh 68 kilos once. Well, read here Alia's stunning weight loss journey and see how she managed to lose her chubby looks.

Recommended Read: Nia Sharma Reveals The Secrets Of Her Well-Toned And Perfect Figure

Alia Bhatt dreamed of being an actress since her childhood days. She herself confessed:

“I just wanted to act since I was four. I watched a lot of movies.”

Soon, her dreams turned into reality, when at the age of 19, she was offered the lead role in Karan Johar’s Student Of The Year, opposite two male debutants Siddharth Malhotra and Varun Dhawan. But getting the first break was not a piece of cake for her. The starlet faced one big hurdle before signing up the movie- her weight.

Alia was on the heavier side when she first auditioned for the film. In fact, Karan Johar made it very clear to Alia that he would consider her for the lead role only if she sheds “20 kgs in the next six months”. It was painful for her to hear about her weight issues straight from one of the most sought after directors of Bollywood. But, instead of ducking under the pillow she took it as a challenge. 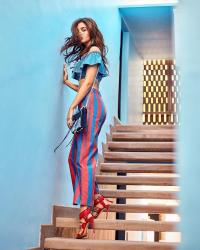 In an interview with a leading daily, Alia Bhatt stated:

“It was sheer pain. I felt as if I was an ugly duckling. At first, I was embarrassed, but later felt angry that I had gone to meet a director in the shape I was in. I decided to shed weight first, meet him and take the role. Only that would redeem my self-respect."

And, then she began her fight to lose extra flab.

Soon after, Alia went on a strict diet plan and exercise routine to fit in the role. It was due to her sheer dedication that she lost 16 kgs in three months, looking just the way Karan wanted her movie character Shanaya Singhania to be, “young, hot college girl, perfect in every way”. She then grabbed her big break and got “finalised” for the role. 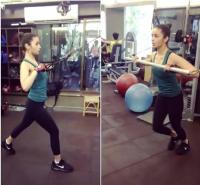 Her workout routine mainly consists of altitude training, beach running, swimming, kickboxing, weights, functional and circuit training. Along with this, she also does include the following workouts in her routine:

Alia does about 15-20 repetitions and three sets of each of the exercises. Alia hits the gym at least three to four times in a week. She practices cardio almost every single day for 30-40 minutes.

Besides this, she also practices yoga regularly for strength and flexibility. She particularly does ashtanga yoga twice a week. She also loves dancing, particularly ballet and kathak. Although this whole process of weight loss was a “tedious task" for her, but now when she looks back at herself she is “amazed” at her transformation.

Must Read: 5 Easy-To-Do Yoga Poses That Will Instantly Help You Boost Your Mood

If you too love sweating it out and working out, then save this workout guide of Alia Bhatt, and keep it with you for motivation:

Losing weight was not easy for Alia, but she did it for the sake of her love for acting. She gave up her favourite foods and followed a rigid diet plan. Alia said:

“…I was put on to a personal fitness instructor, who put me on a diet. So all I ate was vegetables and chicken and gave up everything that I loved to eat.”

She drinks plenty of water and stays away from refined sugar, refined carbs, oily and junk food and even her favourite “French fries”.  But ice cream and sweets are her weakness.

A small eater, the star makes it a point to have eight meals a day. Here's what she said in an interview:

“I make it a point to have eight meals a day. That way, I can limit my portion sizes and food gets digested easily. This diet has worked for me.”

A workout remains incomplete without a proper diet to complement it. So, take a look at Alia Bhatt’s diet plan.

Varies from bread toast, cornflakes, fruit, a bowl of poha, or a vegetable or an egg white sandwich. Along with that she takes a cup of tea or coffee, without sugar.

A glass of vegetable juice, along with a fruit or an idli with a small bowl of sambhar.

Dal, roti and some vegetable. Everything is cooked with little or no oil.

A fruit and a cup of tea or coffee, again without sugar.

Roti, vegetables, rice with a bowl of dal or a piece of chicken breast. Everything cooked with little or no oil.

She follows the simple mantra of low-carb, high-protein diet. She includes a lot of fibrous foods in her diet like oats, salads, fresh fruits, yoghurt, etc. She very strictly keeps away from refined sugar, refined carbs, junk food and oily food. In an interview to Filmfare, Alia revealed how she manages to maintain her diet with her hectic work schedule. She said:

“Whenever I’m shooting, I carry a dabba, which has egg whites, fruits, chicken, stir fried veggies and chaas.” 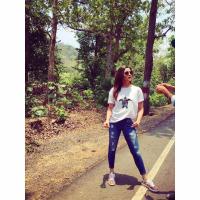 Well, even though she does stick to her diet, she still steals in a “cheat day” once a week. On that day, she indulges in one of her favourites, like noodles or aloo fried cooked by her mother or chaats. But, she makes sure to cheat in moderation, and to detox her way back. Confessing about her detox diet, she revealed:

In an interview, she was quoted as saying:

“… I'm happy for having gone through that (weight loss) process. I think being the right weight for your body type is key- it is not about how big your biceps are or if you have washboard abs, it is just about being healthy and staying fit. Fit, after all, is the new sexy, isn't it?”

From being a chubby girl to a sensuous actress, Alia has come a long way. Her new slim and trim avatar has surely been giving some outstanding fitness goals to others out there!

Next Read: 8 Easy Tips That Can Increase Your Metabolism For Quicker Weight Loss