Sushmita Sen's daughter, Renee took to her IG handle and posted an adorable selfie with her 'mami', Charu Asopa. Scroll down to check it out!

Bollywood's bong beauty, Sushmita Sen has an adorable family. We had seen a glimpse of the same, when Sushmita along with her daughters, Renee and Alisah and her boyfriend, Rohman Shawl had jetted off to Dubai for the holidays. Joining them there were Sushmita Sen's brother, Rajeev Sen and his wife, Charu Asopa. The star family had shared numerous lovely moments on their respective social media handles from their vacation and we had drooled over them. (Recommended Read: Virat Kohli And Anushka Sharma Increase Security At The Hospital After The Birth Of Their Daughter)

The year 2021 has started on a great note for the Sen family as Sushmita Sen's elder daughter, Renee has made her acting debut in a short film, Suttabaazi. The movie is being loved applauded by one and all widely. The proud mommy had shared the trailer of the same on her IG handle and had called it the greatest gift. 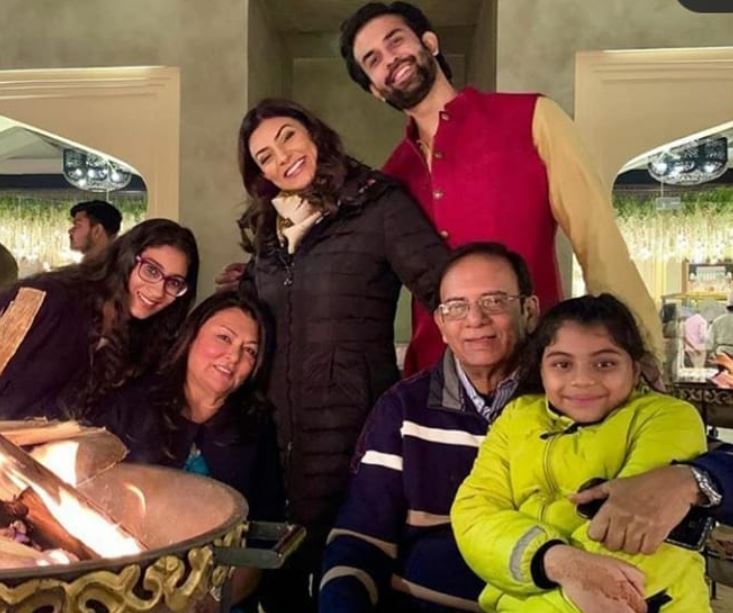 On January 13, 2020, Sushmita Sen's daughter, Renee took to her IG handle and posted an adorable selfie with her mami, Charu Asopa. In the picture, the gorgeous girls can be seen giving the cutest pout for the camera. Alongside the picture, Renee wrote, "Find yourself a Mamisa as amazing as mine. I love you Mami. @asopacharu." Check out the picture below: Sushmita Sen's brother, Rajeev Sen's wife, Charu Asopa shares a great camaraderie with her husband's family. It was Sushmita's boyfriend, Rohman Shawl's birthday on January 4, 2020, and Charu had penned an adorable wish for him. Sharing some snippets from the birthday celebrations on a yacht, Charu had written, "Happy birthday Rohman Jiju #birthdaybash #yatchparty. It was super fun. Didi you are awesome, I love the way you plan everything. It’s always so much fun to do party with you.” In the pictures, Charu was seen posing with her hubby, Rajeev Sen, mother-in-law, didi, Sushmita Sen, her boyfriend, Rohman Shawl and Sushmita’s kids, Renee and Alisah. (Don't Miss: Gauahar Khan's Husband, Zaid Darbar Talks About Their Bond, Calls Themselves True To Each Other) 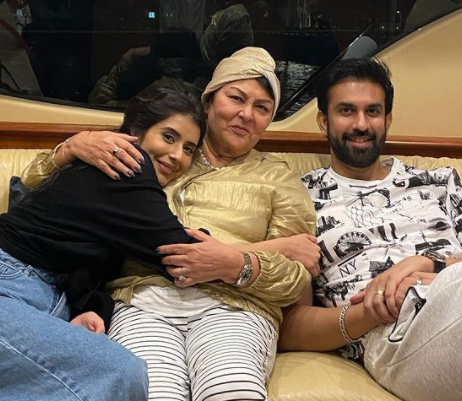 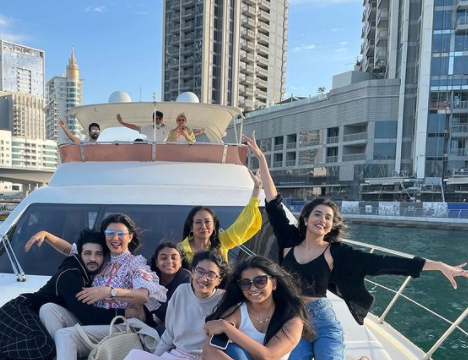 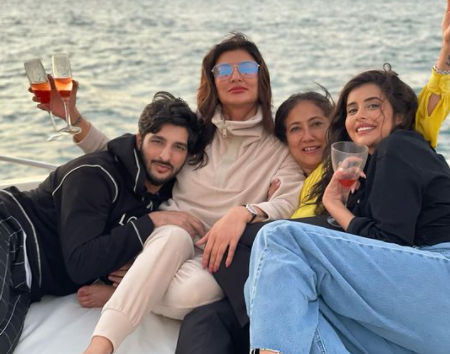 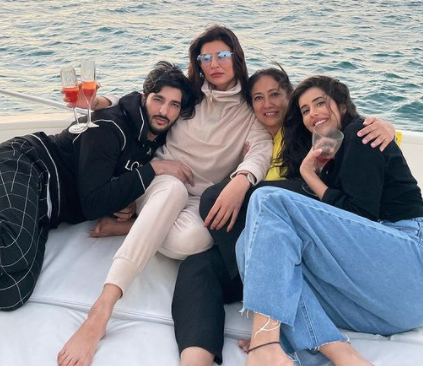 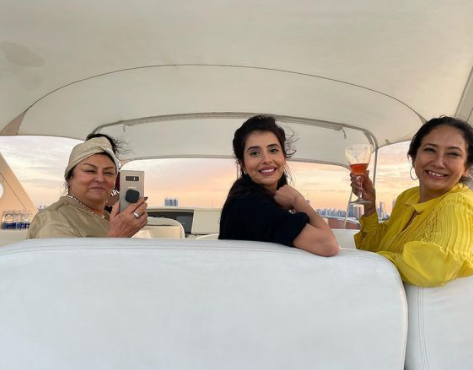 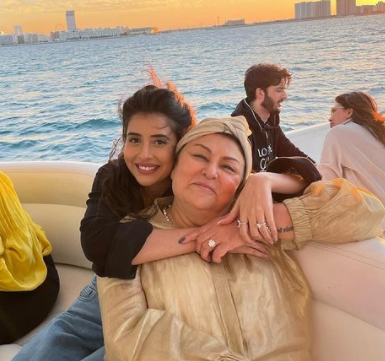 Before that, Charu had shared a series of pictures with her in-laws on her IG handle from their New Year celebrations. In some pictures, she could be seen hugging her nanad, Sushmita Sen, in others, she could be seen hugging her mother-in-law, while twinning with her in red. Charu had also posed with her nanad’s daughters and together they had made for perfect family moments. Sharing the pictures, Charu had written, “Last week of 2020. The family that dances together stays together.” 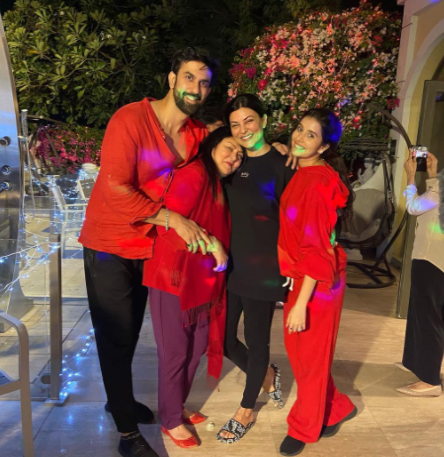 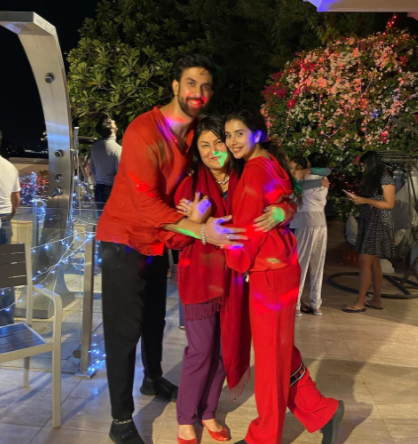 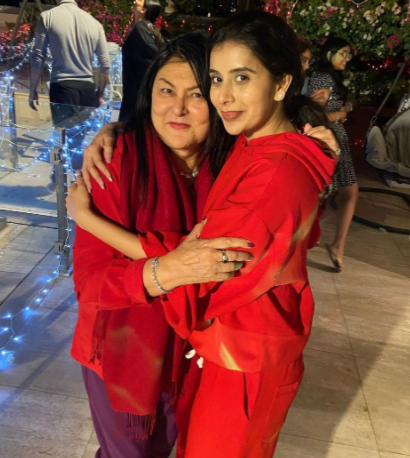 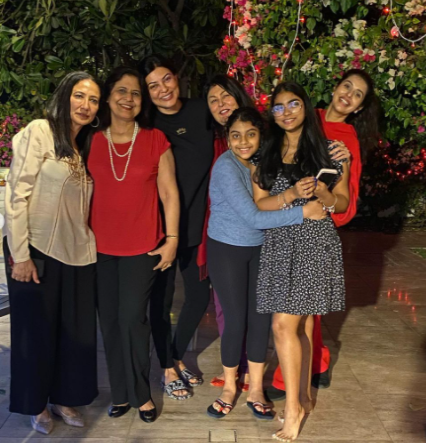 Talking about Sushmita Sen's daughter, Renee's acting debut, she had revealed in a conversation with Pinkvilla, that her mother, Sushmita had advised her to be honest with her portrayal. In her words, "My mom just told me to be very honest about it. Her only advice to me for my career, when it comes to acting, is that I should be able to deliver what my director wants me to. At the given time... I should be able to deliver." Renee had then confessed that Suttabaazi had encouraged her to want to take up acting. She had said that her educational specialisation is not acting and that she is in her final year of psychology and sociology course. She was quoted as saying, "My entire journey has been a surprise so I may study acting... I don't know... But yes, I do want to act. I am keeping the possibility open of studying acting." (Also Read: Manish Raisinghan Talks About Avika Gor And Milind Chandwani, Shares How They Balance Each Other)

Have you seen Suttabaazi yet?