Lizelle, the doting wife of choreographer-director, Remo D’Souza is a pillar of support for him. On January 24, 2020, she shared an inspirational post for her hubby on his movie release. 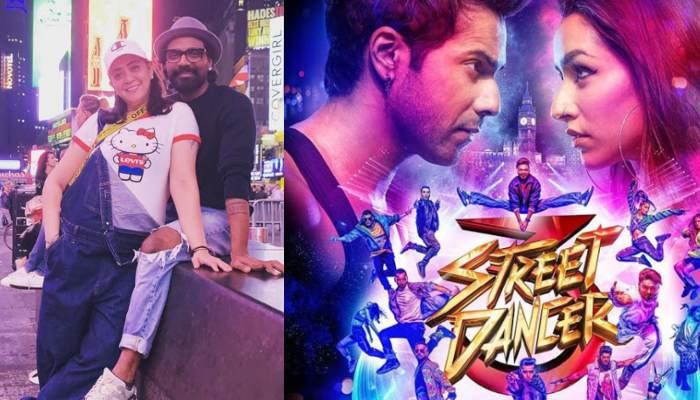 For any wife, her husband is the second man she trusts after her father. He is the one, who she knows will never hurt her feelings and will always be there to support her. From listening to her sob stories to patting her shoulder to encourage her, he is the one she chose to grow old with. The one who would never leave her hand in the journey of life. Bollywood’s one of the best choreographers, Remo D’Souza shares a similar bond with his wife, Lizelle. (Also Read: Neha Kakkar Completes A Part Of Aditya Narayan's 'Heart' Amidst Their February 14 Marriage Rumours)

Remo D’Souza and his wife, Lizelle have literally grown together. They had gotten married on October 5, 1999, when Remo was struggling to make a foothold in Bollywood. Lizelle has always stood like a pillar of strength for her hubby during his struggling days and had motivated him throughout. It is Lizelle’s trust and belief in her husband, Remo, which had made him a popular name in the glamour world. Lizelle is a perfect example of the famous saying, “Behind every successful man, there is a woman.” The duo gives major marriage goals to the millennials with their adorable pictures and inspirational captions. 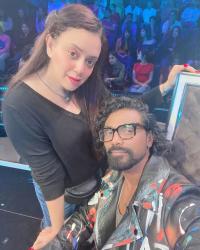 Remo's directorial film, Street Dancer 3D released on January 24, 2020, and his beautiful wife, Lizelle’s inspirational post for her hubby, Remo, is winning hearts. She took to her Instagram handle and shared pictures with a heart-melting caption. In one of the pictures, Lizelle shared a throwback picture of herself where she was seen thinking about something and in the other picture, she shared the poster of her hubby’s film, Street Dancer 3D on Times Square. Calling it the proudest moment, she wrote, “4 months ago on Times Square when Remo clicked this candid pic of mine he asked me what are u thinking so much and I said baby as a wife my proudest moment would be to when I see ur poster here of ur film someday and he said baby inshallah and I said Amen… and today exactly after four months 8 days look at this ..... proudest moment not only as a wife but also as a producer ... I truly believe what u ask deep from ur heart god always hears ... thank you lord and thAnk you @bhushankumar and @spotifyindia for making this dream true.” On Lizelle’s post, Remo commented, “Inshallah, Amen love.”

On October 5, 2019, Remo and Lizelle had celebrated their 20th wedding anniversary and the duo had decided to remarry each other for the third time. In the pictures, Lizelle had donned a gorgeous pink-coloured tulle gown with sheer sleeves. On the other hand, Remo had opted for a contrasting pastel blue three-piece suit with pink pocket-square. Take a look at their lovely wedding pictures: 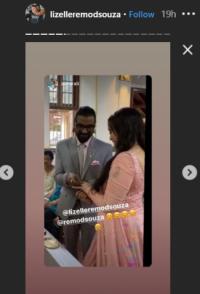 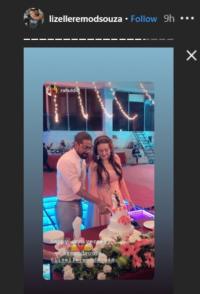 To wish her hubby, Remo on their 20th anniversary, Lizelle had taken to her Instagram handle and had shared adorable pictures with a heart-melting note. Her note can be read as “Happy 20th love phewwwwww hahahahhahaha 20 is like the new 70 hhahahhahahahaha they say "The couples that are ‘meant to be’ are the ones who go through everything that is meant to tear them apart and come out even stronger than they and we both have come the longest way ... from the time we get up to we sleep to I cry till I laugh till my tummy hurts with ur cartoon behaviour .... from the moment u get up and find me sleeping on the couch and u wondering what the hell did u do .....from you at time’s being a super man and the time I give u one look which I don’t know what it is and u become puss in boots ..... we fight like bas next minute we will never look at each other and in half and hour u go all normal I love you my cranky .. funky, handsome, hardworking, most simple and most moody the side only which I have seen luv u my pillar, my best friend, my luv .... let’s rock it today.” (Also Read: Mahhi Vij Flaunts A Tattoo Dedicated To Her Husband, Jay Bhanushali With His Name Inked On Her Wrist) 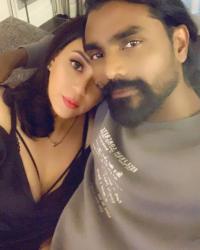 We still remember once on the dancing reality show, Dance India Dance, Mithun Chakraborty had revealed an interesting detail about Remo, and had said, "Let me tell everybody that Master Remo was the pioneer of 'missed call romance'. He used to give 100 missed calls every day on Lizelle's phone." In his defence, Remo had stated, "Dada, those were the days when I was struggling to find my feet in the industry and cell phone calls were rupees 16 a minute." (Also Read: Tahira Kashyap's Lovable Birthday Note For Her Devrani, Aakriti Ahuja Reflects Their Beautiful Bond) 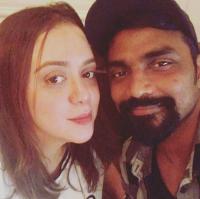 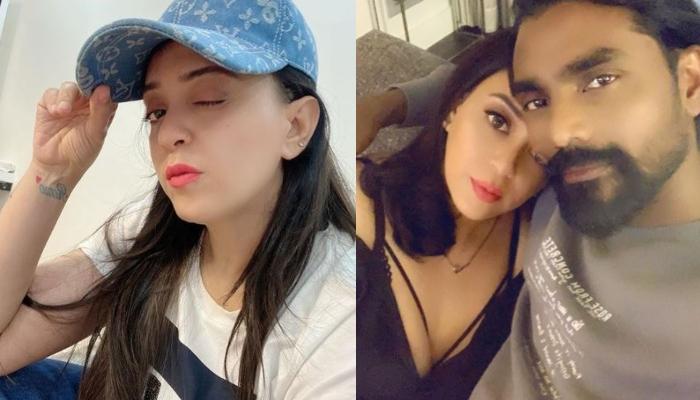 Falling in love is the easiest thing you can do in this world but nurturing that relationship with the warmth of continuous support is not everyone’s cup of tea. But there are still a lot of popular celebrity couples, who have been inspiring us for a long time with their true