Television and movie stars are household names. People follow their programs, movies, social media accounts and blogs and idealise them. Thus, these stars have a huge responsibility on their shoulders as they are role models to many people who adore them. And one such celebrity couple who are a favourite amongst the Indian audiences is the cutesy jodi of Sanaya Irani and Mohit Sehgal, who got married in January 2016.

Not only do they make a beautiful pair, but their love and commitment towards each other give all of us relationship goals that we must adhere to as well. So without further ado, here are all those things they do with and for each other that are praiseworthy.

Recommended Read: Suyyash Surprises His Darling Wife Kishwer In The Most Adorable Way On Their 1st Wedding Anniversary 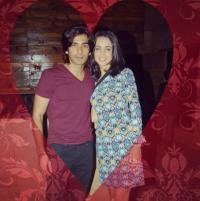 Breaking the weird rule of the society which states that the boy has to be elder to the girl in a relationship in order for it to be a valid one, Sanaya and Mohit’s love didn’t fall prey to such baseless rules and decided to be together despite the fact that Sanaya is 2 years elder to Mohit.

#2. The slow and the steady wins the race 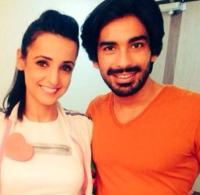 The two actors dated for almost 5 years before they decided to finally get married. And we totally agree with their decision, as it is best to know each other well before you get hitched. Also, taking time before you say "I Do" doesn’t mean you are commitment phobic. Instead, it just goes on to show how comfortable, secure and easy going you are with each other.

#3. Splitting the responsibilities because – why not? 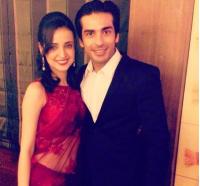 In an interview, Sanaya once mentioned how organised and clean Mohit keeps his house and that is something that surprises her. They both take responsibility in running the house, keeping it clean and doing everything else together as a team. 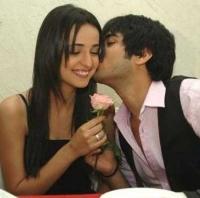 Both the actors are very hardworking and are left with little time to spend together, but they still do little things together and appreciate each other’s efforts. Sanaya said:

"Sometimes when we don’t spend time together, Mohit gives me surprises like flowers, breakfast in bed, date nights and the like’’ and Mohit, on the other hand, can’t stop bragging about what a wonderful cook his wife is.

"Sometimes, I think that Sanaya’s favourite hobby is feeding me. She has been experimenting in the kitchen, trying new recipes. She’s a good cook, so dinner is always a treat for me.’’

#5. Giving space to each other in a marriage helps it grow 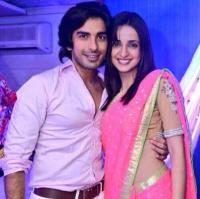 Which is why both of them don’t interfere like crazy in each other’s personal space. She is free to choose her friends and hang out with them, go out shopping with someone or alone, take a small break to rewind at the spa etc. and vice-versa. They don’t make boundaries or rules for each other to follow.

#6. Not using your image or couple status to earn big bucks or publicity 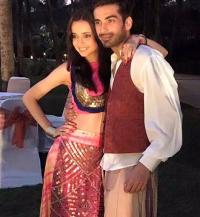 We see celebrity couples posting often about every breath they take, every move they make together on social media platforms and taking on couple endorsements just to hog the limelight. Mohit and Sanaya on the other hand, who otherwise are always hand in hand, never resorted to any of such publicity tricks to gain fame.

You May Like: 6 Popular Celebrity 'Husbands' And The Most Romantic Things They Did For Their 'Wives'

#7. Being supportive of each other’s work 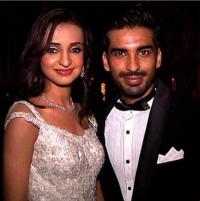 When Sanaya participated in the famous reality dance show on colors- Jhalak Dikhla Jaa, Mohit surprised her by paying a visit on the sets to increase her confidence and showing her that he is there to support her always! Now isn’t that just the cutest gesture ever?

#8. Being busy at work does not mean you ignore your relationship

Being actors, both of them have long working hours. It is sometimes difficult for them to find time for each other, but despite that, they don’t complain. Sanaya says that they try to do things together as much as possible but even on the occasions when they cannot, they believe that distance makes the heart grow fonder. Mohit also says that just like a dutiful wife, she always calls him when he is away on the shoot to ask him how is he doing and when will he get home. That is something he adores the most in her too.

There was a time when their popular television show was a hit and both got a lot of popularity. Later when for a little time Mohit was out of work, Sanaya was on a high career-wise with new shows but that didn’t get any ego clashes between the two.

#10. Opposites attract and that’s the most beautiful thing in a relationship 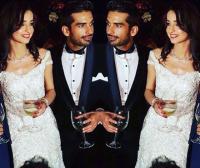 Sanaya happens to be a very bubbly, loud and full of beans personality. She can hog the limelight amidst the most famous people owing to her charisma, charm and jolly personality. On the other hand, Mohit is a more reserved, quite and private person. But that is what makes the relationship different, fresher and more exciting.

#11. There is no shame in taking help

Because Sanaya has been in the industry for a longer time than Mohit, she has also helped him a lot to learn the ways in which the industry works and tips to survive. And frankly, we see no harm in that and nor does Mohit. In a relationship, there should be no competition. What’s the harm in learning something from your partner who is better at than asking for help or guidance outside?

#12. Trust is the foundation of a long-lasting and happy relationship 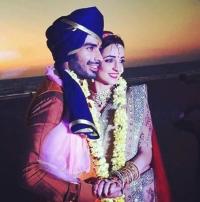 There were rumours of Sanaya having dumped Mohit and dating her co-star Barun Sobti when the two were paired opposite each other in their popular TV show Iss Pyaar Ko Mein Kya Naam Du. But these baseless and silly rumours did not effect the trust the two have for each other.

Must Read: 7 Relationship Problems Faced By Couples Who Marry Young

Even though the two haven’t been very loud about their relationship by being on Page 3 every other day, the two also have never denied being together in a relationship. In fact, they have been seen together on various occasions, holding hands tightly and enjoying each other’s company to the fullest.

#14. Together they enjoy to the fullest is the mantra of life

Even after busy schedule in their respective lives, they take out time to be with each other, away from their work schedule and spending most of the time in each other's company. Not just this, when they are together, they know how to make the best of their moment. Last year, the lovey-dovey couple had the memorable time in Italy and this is what Sanaya captioned the above picture:

"It was a perfect day with perfect food and the best wine. At the Chianti Vineyards. Italy."

#15. Even celebrities are normal human beings 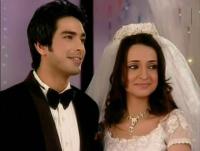 Yes, they appear on the television, yes, they are rich and famous but that is about it. When they are not shooting, they too are normal people. They go back home waiting to be greeted by their significant others. They go to buy groceries and vegetables. They do housework. They also fight like regular married couples do, because they too are like you, just normal people, only famous!

Recommended Read: 5 Simple Yet Fun Things All Couples Should Do Before Planning A Baby

We wish the two lovebirds a blissful married life with togetherness ahead and hope they go on to inspire us like this forever! 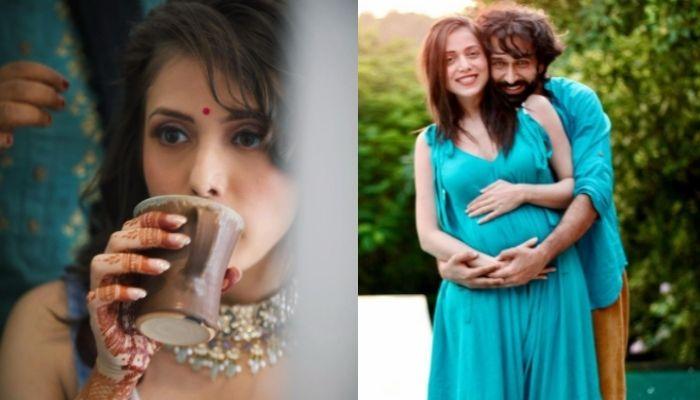