12/24 Karol Bagh co-stars-turned-soulmates, Sargun Mehta and Ravi Dubey are definitely the 'IT' couple of the telly land. Sargun and Ravi met on the sets of the show and soon fell in love with each other. It was on December 7, 2013, that these two got married. (Suggested Read: Priyanka Chopra Dances On 'Gud Naal Ishq Mitha' With Akash Ambani And Isha Ambani Piramal, Video)

Ravi Dubey's latest post on his Instagram handle is all about cutesy couple goals. From the caption of the post, it appears that Ravi asked Sargun, 'Melody Itni Chocolaty Kyun Hai?, and guess what did she reply? The doting wifey replied, "Chal Naa kaam kar apna." This so savage, isn't it? Ravi shared the following picture along with this: 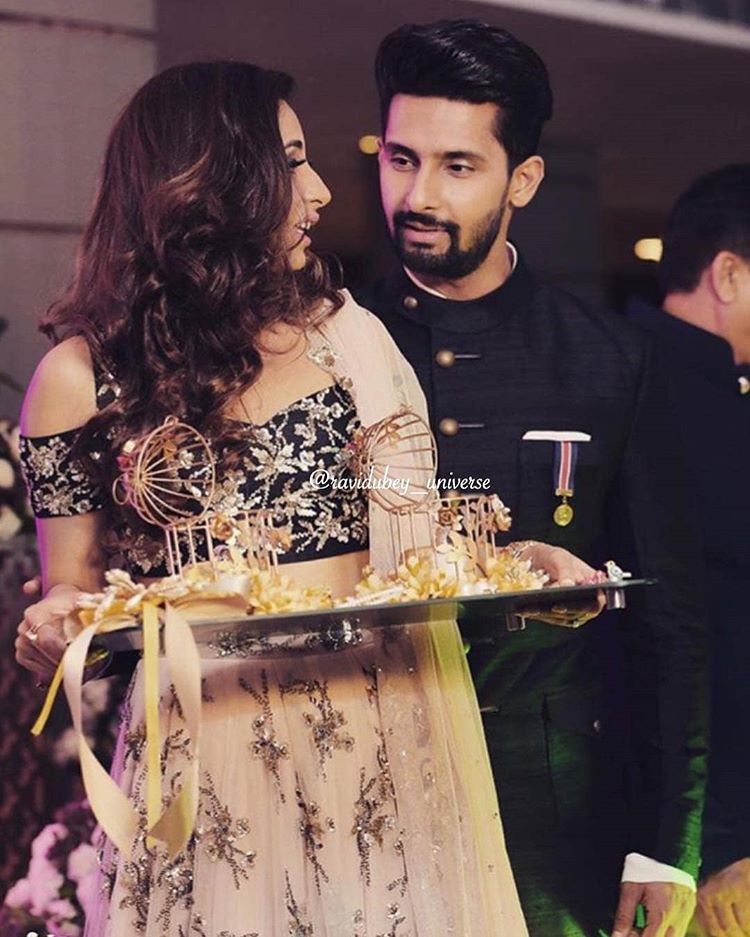 In a media interaction when Ravi was asked about the most memorable moment during his wedding with Sargun, he gave a sweet answer, “The most beautiful moment was when I was on the podium for the jai mala and I saw Sargun being carried on a doli. There were these golden lights around her and she looked beautiful. It was a very surreal moment, one that I can never forget.” 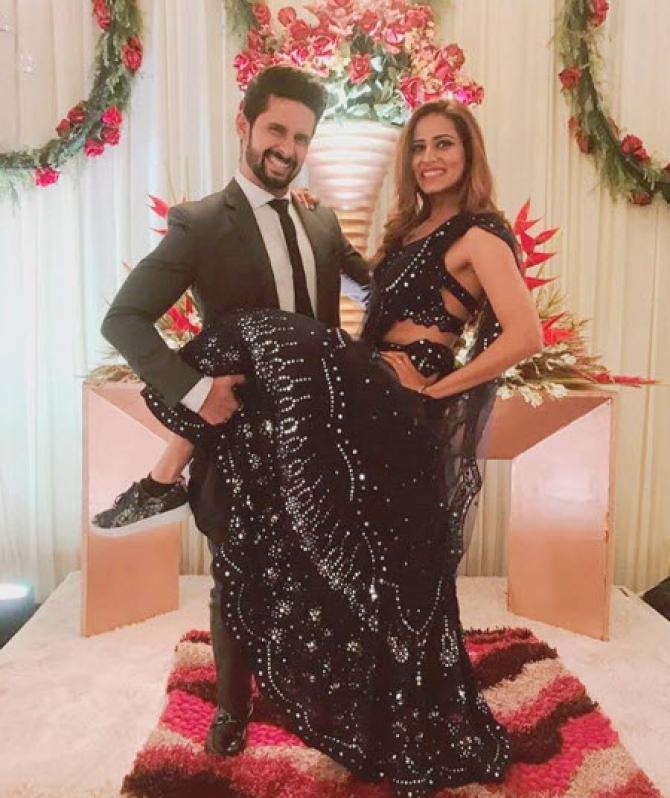 Sargun Mehta recently appeared on Famously Filmfare Punjabi. When she was asked to share her husband Ravi Dubey’s idea of romance, she had replied, “When he wanted to buy me a card for the first time, he went to an Archies Gallery. When he entered, he said, ‘Give me the best romantic card, please’. They gave him one. And he got it billed like this, ‘Hurry, bill it fast’. He kept it at the dining table at home and said, ‘I’ve brought you this, Read it’. He feels very, very embarrassed about all mushy things.” (Don't Miss: Surbhi Jyoti's Perfect Breezy Outfit For Friend's Baby Shower Ceremony Is Every Maasi-To-Be's Goals) 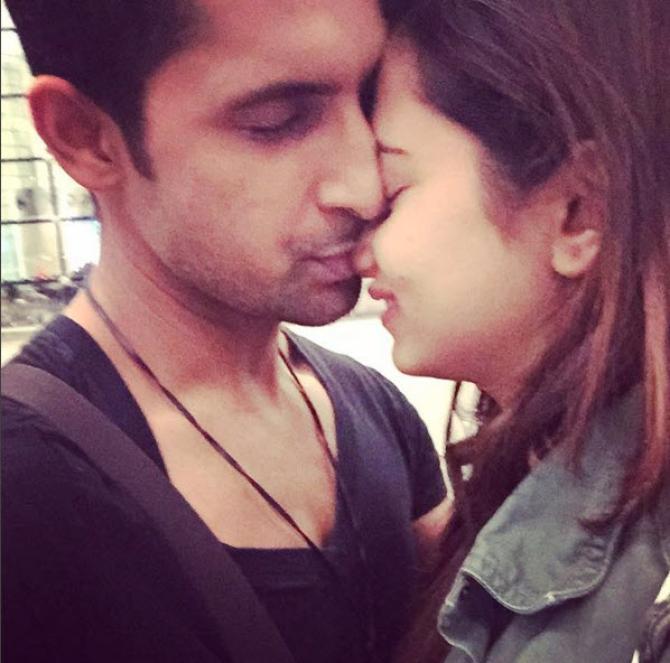 Along similar lines, Sargun had earlier shared, “He is not a romantic guy at all. For him, to buy a card is also big deal. He once went to an Archies showroom and was irritated looking at all the cards. So, he told them to give the biggest heart card, paid for it and gave it to me without even writing anything on it. It was our first Valentine’s Day. He had tried to make it special. On the top of the tank of his building he had placed a bed sheet, candles, champagne, glasses, flowers and cake. I took the card and asked him if I could recycle it for my next boyfriend since he had not written anything in it.” 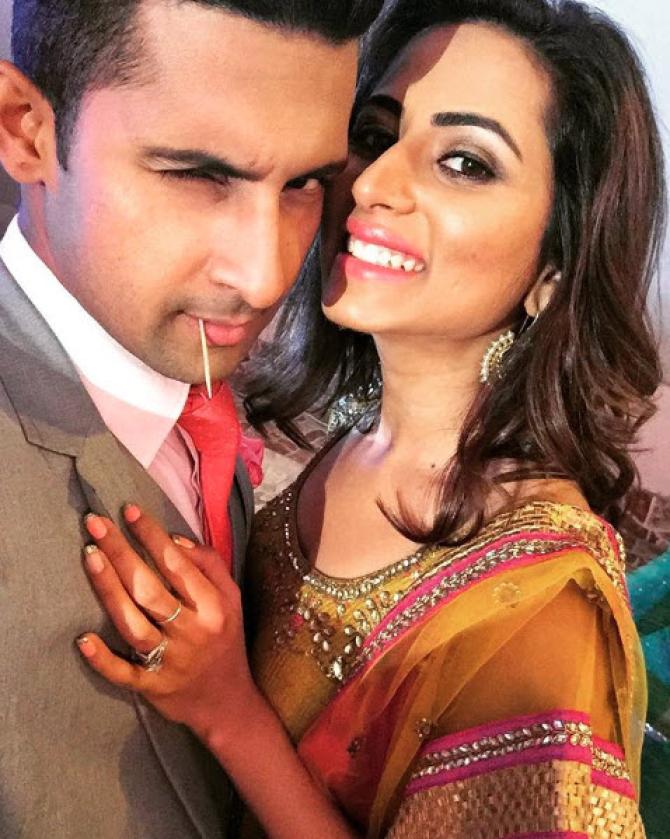 Earlier in an interview, when Ravi was asked about his lady-love, he gushed and said, “We literally fit into each other like two pieces of a puzzle. Her dreams are mine and we achieve things as a unit and not as an individual.” Recently, Ravi shared an interesting picture with Sargun on his Instagram handle with a cute caption stating, “Gurumantra – Marry a girl who wears sneakers with lehenga to a wedding and you will never have a dull moment in your life.” (You May Like: Unseen Throwback Picture Of Once Lovebirds, Salman Khan And Aishwarya Rai Looking So Happy Together)

Ravi Dubey and Sargun Mehta's 'Melody Itni Chocolaty Kyun Hain?' moment is every cutesy couple ever. How do you like this couple? 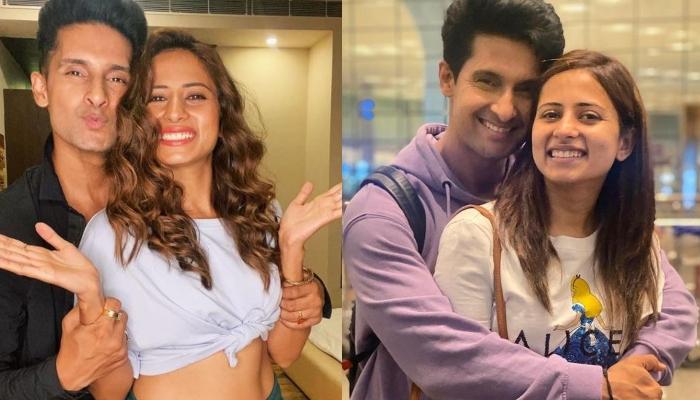 It is often said that the love in today's generation has lost the charm and essence of romance that exuded in the older generation's love stories. And it can't be truer! But there are some couples of this generation, who reinstate our faith in old-school romance, proving how small gestures and