Queen to her kids' little kingdom, actress Raveena Tandon Thadani shares an irreplaceable and unbreakable bond with her kids and loves pampering them. Check out her birthday message for son.

Out of many birthdays we celebrate all-year around, the birthday of the son is the most important one. There is a different kind of feeling and appreciation attached as it reminds you of the very first day, your munchkin was born. And same is the case with the Mohra actress Raveena Tandon Thadani who expressed it out with some perfect words on her Instagram account wishing her son, Ranbir Vardhan who turns 12 today on July 12, 2019.

One of the most popular actresses of 90s had broken many hearts when she had gotten married to film distributor Anil Thadani on February 22, 2004. Today, Raveena Tandon is a mother of two daughters- Chaya and Pooja through adoption and two biological children, Ranbir Vardhan and Rasha. She shares a healthy and amazing relationship with all her kids despite all the challenges that come her way as a stepmother. Her latest post wishing her son on his birthday can be related to the wish of all the mothers who want to see their child growing, all over again. (Must Read: Raveena Tandon Complains That Her Kids Are Growing Up Too Fast, Shares Her Remedy To Stop It) 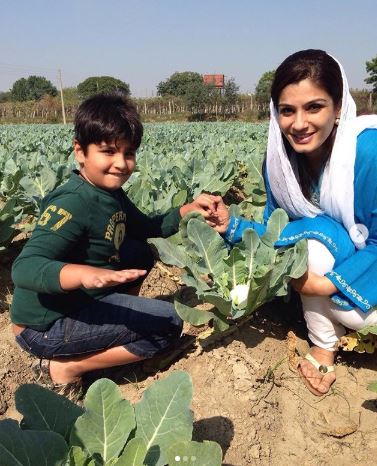 A mother’s love cannot be defined by words. But, the words in the post clearly defines the hard work mother does to raise their child and see them grow and yet at one point of time wishing the clock to turn back. Let’s set aside the confusion mothers have, for a while and read the post out here, "When they are that young and cling to you, just to feel their tiny face and arms around you, with their heartbeat beating along with yours and then they grow up so so fast, taller than you and striding alongside, sometimes I wanna shrink my kids back to baby sizes and watch them grow up all over again.”

A picture once shared by Raveena describes how her son means the world to her and that a mother’s love for her child is a never-ending thing. Sharing a picture of herself and baby Rasha from a pool, Raveena Tandon had once written,"When they are that young and cling to you, just to feel their tiny face and arms around you, with their heartbeat beating along with yours and then they grow up so so fast, taller than you and striding alongside, sometimes I wanna shrink my kids back to baby sizes and watch them grow up all over again." 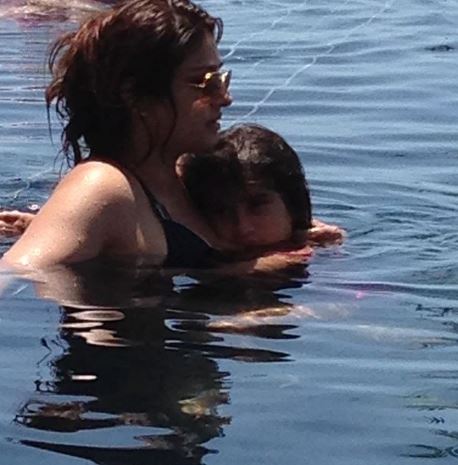 Raveena keeps letting her fans know how her family and children mean the world to her and that adopting two kids had hardly affected her married life. She revealed that people thought she won’t be able to get married, “Some people wondered what would happen to the two children once I got married. They said no one would marry me as I came with excess baggage. But I said I come in a package deal: my children, my dogs and me. Take it or leave it. Fortunately, my husband (Anil Thadani) and in-laws dote on the girls.” She had also been open about the challenges she had faced in regards to adopting children. Raveena had shared, “This was before Mohra (1994). My mother and I used to visit orphanages like Asha Sadan on our weekends. When my cousin passed away he left behind two young daughters, Chaya and Pooja. I didn’t like the way their guardian was treating them so I took them home with me. I didn’t think much of it. It came naturally to me. I wanted to give the girls the life they deserved. I’m not a multibillionaire but I do what I can to help.” (Recommended Read: Raveena Tandon's Love Life: From Being Cheated By A Bollywood Superstar To Her Final Dig At Love) Once in a media interaction, Raveena had revealed that she is grateful to have kids in her life and she shares an amazing relationship with all the four kids. She had remarked, "Pooja is like my best friend. We hardly have an 11-year difference. Our relationship is so different." The Mohra actress had further added, "I am so proud of the younger ones too. Chhaya has shown excellence in academics and was the youngest member when she joined Jet Airways. The same is the case with Rasha and Ranbir. Rasha got getting an award of excellence at her school last year and Ranbir got it this year. I am so proud of all of them.” 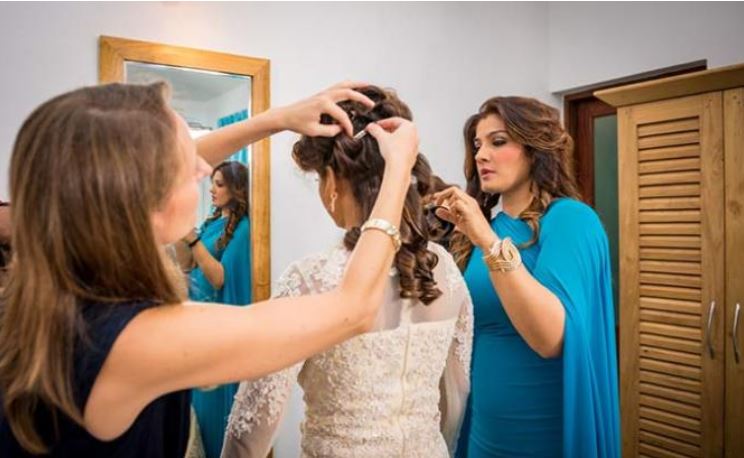 Just at the age of 21, Raveena had adopted the two daughters. She got her elder one married in 2011, and her younger one got married on January 25, 2016, at Resort Bay 15, Dona Paula in Goa.There wasn’t a single day, Raveena Tandon had regretted her decision of adoption. She had shared, “From the time I held the girls’ hands when we were taking our first flight, to walking them down the aisle, to holding my first grandchild in my arms, every moment has been priceless. They love my biological children, Rasha and Ranbir Vardhan. They pay it forward by being kind to others. Every Mother’s Day the girls send me cards and letters saying how much they love me. What more can any mother ask for?” (Also Read: Raveena Tandon Thadani Shares Unseen Pics From Her Wedding With Anil Thadani On Their Anniversary) 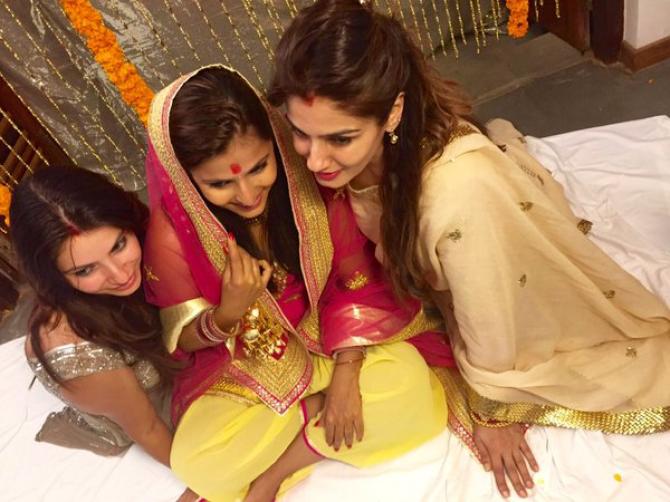 No wonder, Raveena Tandon Thadani is the best mom and the best friend to all her kids. The mother of four has a strong heart full of love and emotions. Don't you think so?