Mandira Bedi talks about the legal procedures for adopting Tara Bedi Kaushal, how during the lockdown she had felt the void of the second child even more and the bond shared by her children. 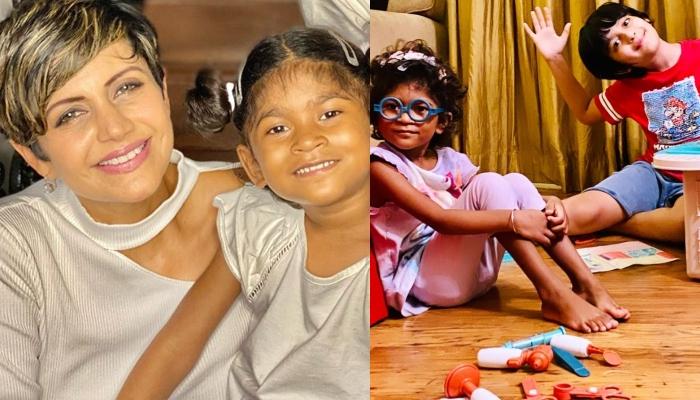 Welcoming a child is the most beautiful and blissful feeling that a person experiences in life. Not only the little one fills your life with happiness but also completes you. But even today, how a person or a couple embraces parenthood is a topic of discussion in the society as unconventional ways like IVF, adoption and surrogacy are still spoken about behind closed doors in India. Fortunately, celebs like Sushmita Sen and Sunny Leone, who have given new lives to children, have been upfront about it and had taken a step to shatter the taboos related to the ways of having a baby. Announcing the new addition in her family, Dilwale Dulhania Le Jayenge fame, Mandira Bedi introduced her baby girl, Tara Bedi Kaushal on social media. (Also Read: Misha Kapoor Clicks Her 'Mama', Mira Rajput Kapoor In Her 'Worst OOTD' And Becomes Her In-House Pap)

On the festive occasion of Dussehra, Mandira Bedi and her hubby, Rraj Kaushal had made the celebrations even more special by announcing that they have welcomed a baby girl into their lives. Revealing that their son, Vir Kaushal is now a big brother, Mandira and Rraj had posted their first family picture with Tara and had written, “She has come to us Like a blessing from above, Our little girl, Tara. Four years and a bit With eyes that sparkle like stars Sister to her Vir Welcoming her home With open arms and pure love Grateful, thankful. blessed Tara Bedi Kaushal Became a part of our family on 28th July 2020.” And Rraj had written, “On this festive occasion of Dussehra we would like to introduce you to the newest member of our family Tara Bedi Kaushal. Finally the family is complete #humdohamaredo.” 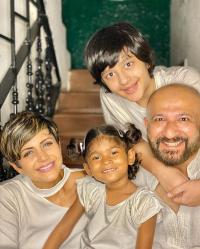 In an interaction with The Times of India, Mandira Bedi spoke about the legal procedures and how during the lockdown she had felt the void of the second child even more. She said, "Until the legal formalities are completed, one is not supposed to make it public. When a child comes home, he/she is considered to be in foster care for the first month; the legal procedures begin after that. However, since the courts were shut, we had to wait. We had applied for adoption three years ago, but it was during the lockdown that I felt the void even more. So, I revisited my adoption application (filed before the Central Adoption Resource Authority). We realised that our wait has been long as we had mentioned a preference for three states from where we would have liked to adopt." (Also Read: Kareena Kapoor Khan Tags Ex, Shahid Kapoor On 'Jab We Met' Post, Ishaan Khatter And Alia Bhatt React) 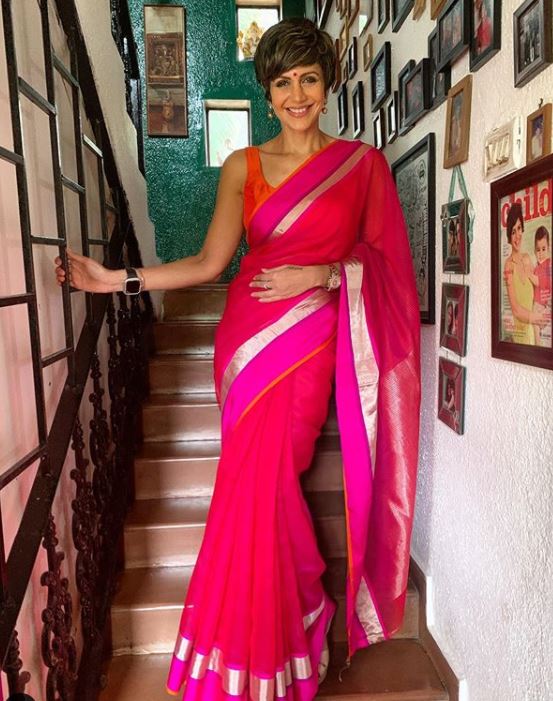 Revealing where they found their second child, Tara Bedi Kaushal, Mandira Bedi continued, "We were looking for an older child since we didn’t want too much of an age gap between her and Vir. However, nobody matched the criteria. So, we were advised to extend our search across India. Within a week, we found Tara in a place near Jabalpur." Mandira talked about home-schooling Tara as the schools are shut right now and revealed that the little one has now learnt about colours, English alphabets and can count up to 50 and write from 1 to 20. 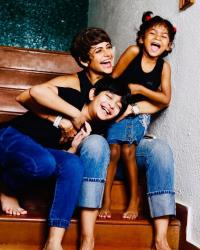 Recalling that it was Rraj Kaushal, who had first flown to Jabalpur to complete the legal formalities and a day later, Mandira Bedi and Vir Kaushal had taken a private jet to bring Tara Bedi Kaushal home, the doting mommy said, “Rraj went to Jabalpur first, while Vir and I took a private jet the next day. By the time we reached, he had completed all the legal formalities. We fetched them at the airport and flew back.” Throwing some light on the brother-sister bond that Tara and Vir share, Mandira remarked, “We did a few video calls before meeting her, and she kept asking us, ‘When are you coming?’ Today, Tara is very happy and has settled in. She is naughty, fun and absolutely comfortable. Tara dotes on him and keeps calling him Viru bhaiya, while he treats her like his pesky little sister. The other day, during one of his online classes, he asked his teacher if he could introduce his sister to the class. All of them got excited and kept asking her questions. We then told them that she can’t speak English and knows only Jabalpuri.” (Also Read: Aayush Sharma Poses With Kids, Ahil And Ayat On 30th Birthday, His Cakes Narrate Different Stories) 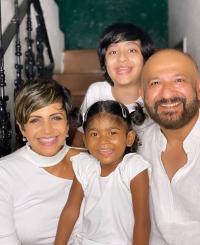 Congratulations to the Bedi-Kaushal family on this beautiful addition in their family!