Raveena Tandon is happily married to her husband, Anil Thadani for 16 years. The actress revealed the condition she had set before marrying him.

Bollywood actress, Raveena Tandon truly ruled the industry in the 90s era. She had become an overnight sensation with the 1994 film, Mohra, starring Akshay Kumar. And then, there was no looking back for the talented actress. Even today, the actress never fails to impress people with her endearing personality and dancing prowess. She had discovered her love in an already married man, Anil Thandani, and had begun a relationship with him in 2004.

Both Anil Thadani and Raveena Tandon had come into each other’s lives like much-needed support. They both trusted and loved each other in their most terrible moments and that is the reason why they’ve come this far and are determined to keep it going on and on. Now, the actress has revealed the one condition that she had kept before marrying her husband, Anil. In a recent conversation with Tweak India, Raveena Tandon shared ten unknown things about herself. She opened up about the one condition that she had put forward before her husband, Anil Thadani, before tying the knot with him. She said:

"I think when you've kind of made up your mind and when there's a will, of course if you have a certain stable backing from your family, I think things can be easier. Yes, there were moments where people always thought that I'm taking on excess baggage because I was not settled well yet but my mantra was always – if someone had to love me, they had to love me. I come as a package deal – they have to love me, my girls, my dogs and my family." 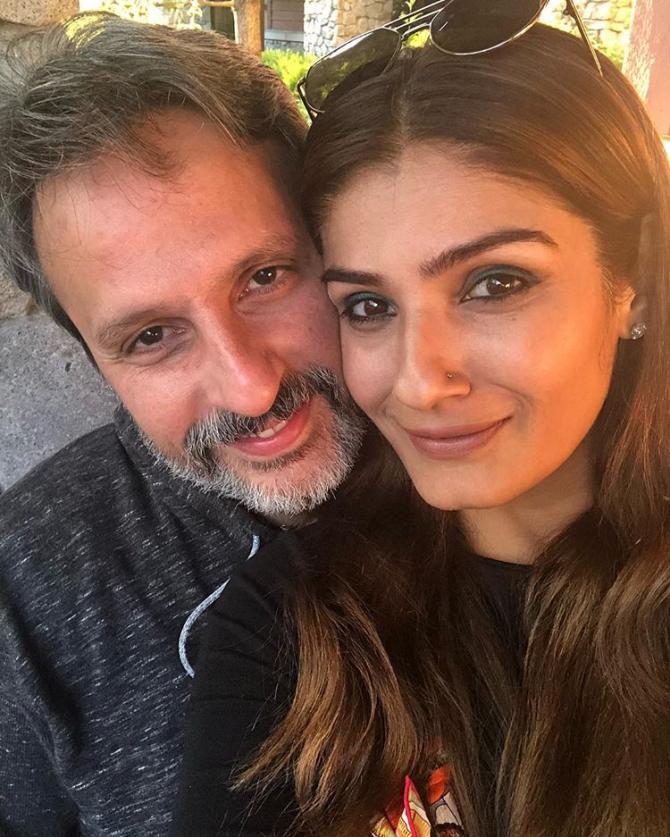 On February 22, 2020, Raveena Tandon and Anil Thadani had completed 16 years of marital bliss. On the occasion, the doting wife had taken to her Instagram handle and had shared a romantic collage of pictures to celebrate her 16th wedding anniversary with her husband, Anil Thadani. In the collage, we could see pictures from their D-day to some of the most memorable pictures from their vacations and dinner dates. The actress had written a small but adorable caption along with the collage that could be read as:

“16 years of us and many many more lifetimes together..Thank you all for the love and blessings always.” 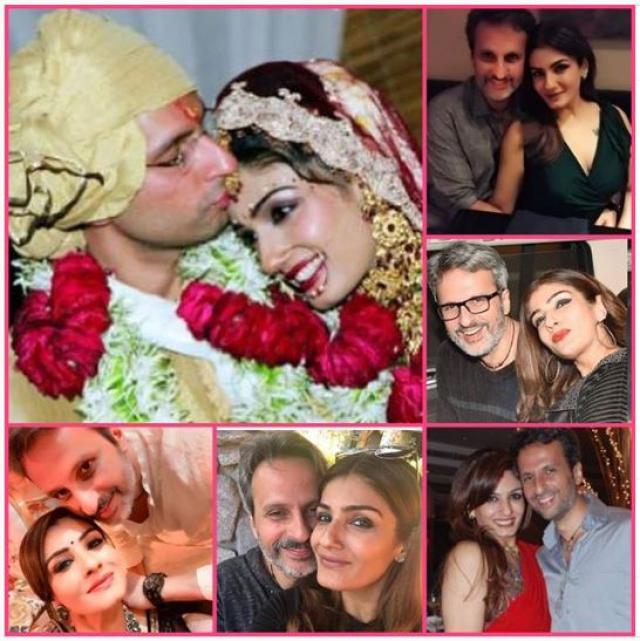 Raveena had adopted an 11-year-old and an 8-year-old daughter, Pooja, and Chhaya respectively, as a single mother in 2004. Then she had welcomed two kids from her marriage with her husband, Anil Thadani, a daughter, Rasha Thadani, and a son, Ranbirvardhan Thadani. For those of you who don’t know this, the ageless beauty, Raveena Tandon is a grandmother as well. Earlier this year, in an interview with Miss Malini, Raveena had spoken about being a nani at the age of 46 and had shared:

"Technically, the minute that word comes, people think you're 70-80 years old. When I had taken in my girls, I was 21, and my eldest was 11. We actually just have an 11-year gap between us. She's had her baby, so she's more like a friend, but technically, I am a mom-like figure to her in her life. That's what equates to being a grandmom, so that's how it is." 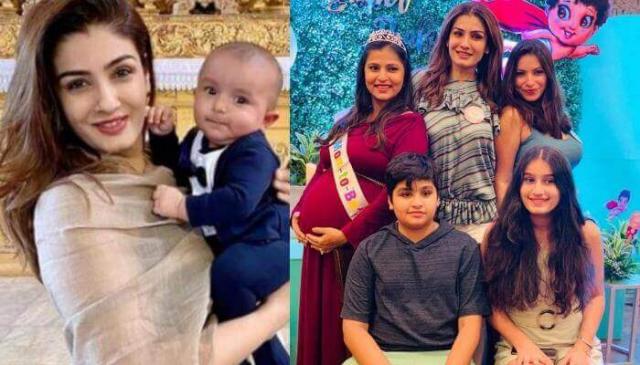 For the unversed, it was on February 22, 2004, when Raveena Tandon and Anil Thadani had married at the Udaipur Palace. The Maatr actress had made her wedding grand to every possible extent. She had entered her mandap, sitting in a 100-year old doli that had once carried the Queen of Mewar. She had looked beautiful in her wedding attire, which was her mother’s but was redesigned by Delhi based-designer, Manav Gangwani, which had dazzling gold thread embroidery and exquisite stones. 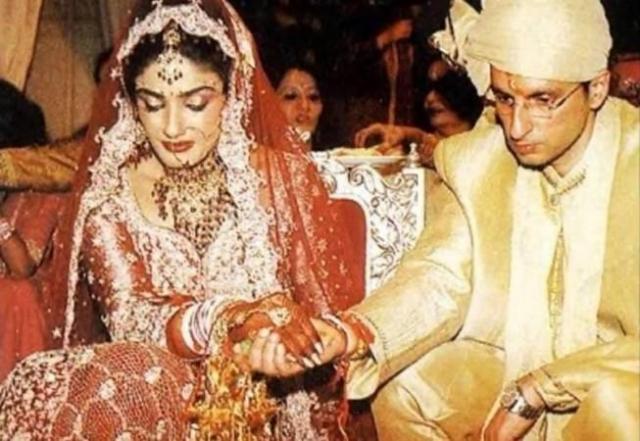 For the unversed, Raveena Tandon was earlier rumoured to be dating actor, Akshay Kumar.

Raveena Tandon Wishes Her Son, Ranbir Thadani On His Birthday With A Video, Pens An Emotional Note Popular Bollywood actress, who took the Indian film industry by storm in the 90s, Raveena Tandon had broken millions of hearts when she tied the marital knot with the famous film distributor, Anil Thadani. The much-in-love couple, Raveena and Anil had got married on February 22, 2004, at a Palace