Bollywood actress, Raveen Tandon gave a classic reply to a fan’s marriage proposal and it’ll make her hubby, Anil Thadani smile for sure. Find out! 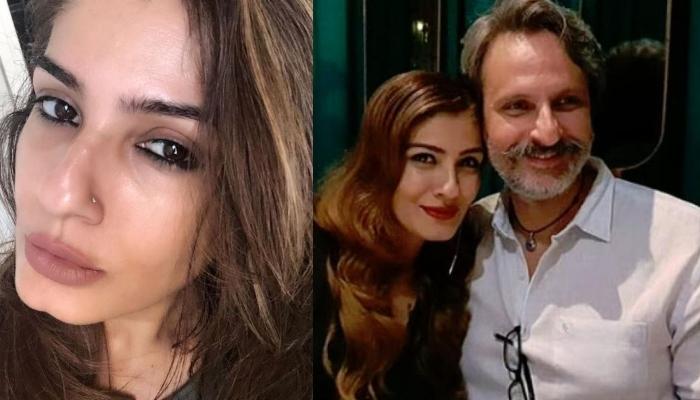 One of the most popular Bollywood actress and the one, who took the industry by storm in the 90s, Raveena Tandon, broke millions of hearts when she had gotten married. The lucky guy was none other than the famous film distributor, Anil Thadani. The beautiful couple, Raveena and Anil had tied the knot on February 22, 2004, at a Palace in Udaipur after having exchanged rings in November 2003. Since then, they’re an inspiration and an exemplar of true love for everyone in this modern world, where relationships aren't taken seriously by everyone. (Recommended Read: Jwala Gutta Shares Photo With Beau, Vishnu Vishal, While Actor Reveals His First Meeting With Jwala)

The madly-in-love couple is spending their time in lockdown with their family because of the ongoing COVID-19 pandemic. With nothing much to do, the actress loves spending time on Instagram and recently received a marriage proposal from one of her fans on her recent post. But it’s her answer that is winning hearts all over the internet. 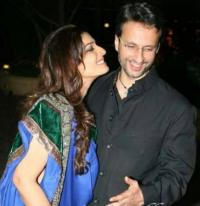 On May 06, 2020, Raveen Tandon took to her Instagram handle and posted a series of beautiful pictures from her vacation with her hubby, Anil Thadani. The pictures simply brought back all the fond memories of the time, when everything was normal and we used to go for vacations. However, one of Raveena’s fans simply proposed the actress for marriage in their next birth. And the actress replied to the question with a classic answer that can be read as “Sorry ya booked for 7 already.” No wonder, it is going to make her hubby, Anil Thadani smile a little more. Take a look! (Don’t Miss: Hina Khan Finds Herself Lucky To Have Beau, Rocky Jaiswal In Her Life, Thanks Him For Trusting Her) 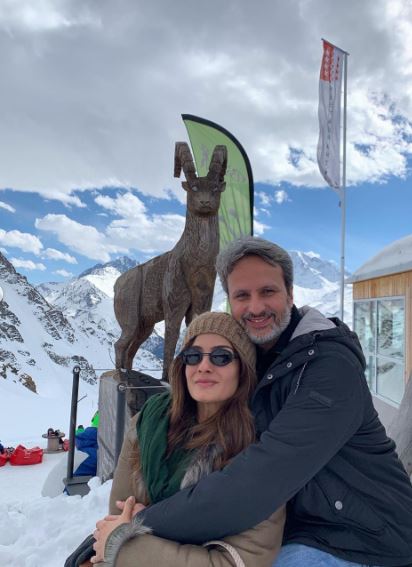 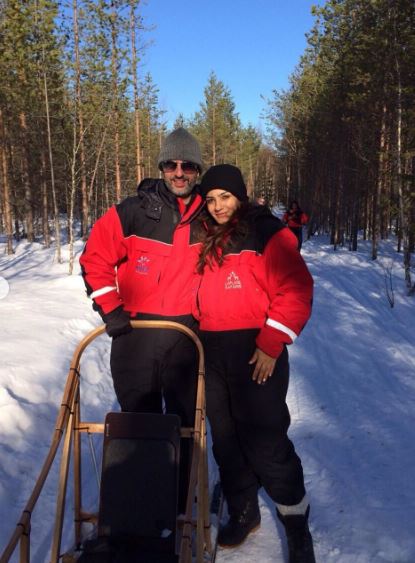 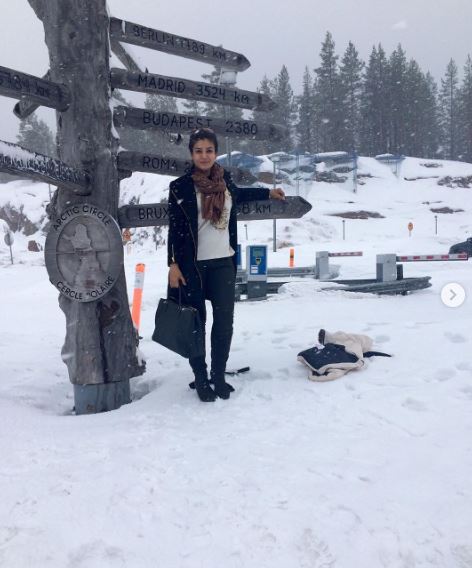 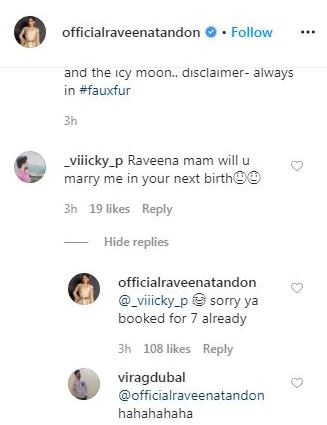 In an interview with the Filmfare Magazine, Anil Thadani had revealed how destiny bought them together. He had stated, “Raveena was producing her film Stumped. And I was releasing the film for her. At that point, I dealt only with her partners. It was only after the release that we met and got to know each other personally. We knew each other socially; we were business acquaintances, so the question of love, at first sight, didn’t arise. But one thing led to another and quickly. So it didn’t take me long to propose to her. I guess when things are meant to be, they just work out. If you realise our courtship period didn’t last longer than five-six months. We were engaged for two months and then we got married. I never wanted a big wedding. I thought she would prefer a grand one but surprisingly she was on the same page. I think we’re similar in many ways. (Laughs) But there are natural differences of course.” (Also Read: Mahesh Babu's Daughter, Sitara Had Mimicked Her Father's Co-star, Samantha Akkineni's Dialogue)

Do you love Raveena’s response to the marriage proposal? Let us know!