Bollywood actress, Raveena Tandon went on a getaway in Himachal Pradesh with her kids, Ranbir and Rasha. Take a look!

One of the most popular Bollywood actresses and the one, who had taken the industry by storm in the 90s, Raveena Tandon had broken millions of hearts when she had gotten married. The lucky guy was none other than the famous film distributor, Anil Thadani. The beautiful couple, Raveena and Anil had tied the knot on February 22, 2004, at a Palace in Udaipur after having exchanged rings in November 2003. (Recommended Read: Inside Pictures Of Sania Mirza's 34th Birthday Celebration, Gets A Surprise From Hubby, Shoaib Malik)

Raveena Tandon had inspired millions when she had adopted her cousin's daughters, Chhaya and Pooja when she was 21 and had given them her last name 'Tandon'. Apart from her two adopted daughters, Raveena has two biological kids, Ranbir and Rasha Thadani. The doting mommy of four has always given glimpses of her camaraderie with her kids through her social media handles. On November 16, 2020, Bollywood actress, Raveena Tandon took to her Instagram handle and shared five stunning pictures from her getaway with her kids, Ranbir and Rasha to the snowy hills of Himachal Pradesh. The first three pictures are solo ones of the stunning actress, and her glowing skin is simply unmissable. While the second last picture is a cute one that features the doting mommy with her adorable son, Ranbir, it's the last one that won our hearts as we can see Raveena with her gorgeous daughter, Rasha and son, Ranbir. Along with the pictures, Raveena wrote, "Thandi ka mausam! Loving the getaway! #beautifulhimachal" in the caption. Take a look: (Don't Miss: Neha Dhupia Says Women Shouldn't Feel Sorry For Talking About Breastfeeding, Shares Her Experience) 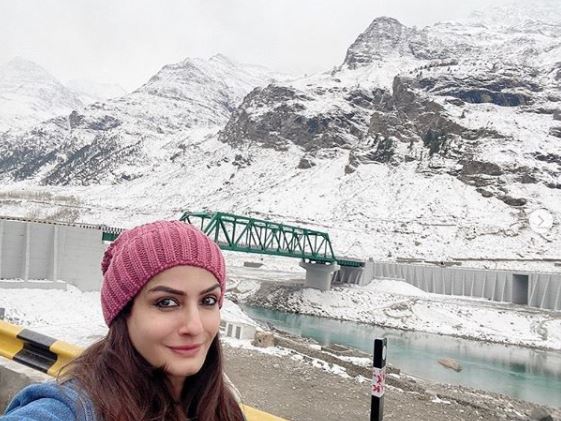 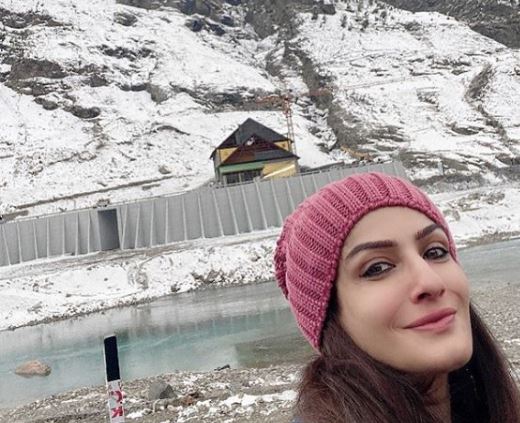 The actress is currently shooting for one of her upcoming projects in Himachal Pradesh, and because of that, the actress had celebrated Karwa Chauth through a video call with her husband, Anil Thadani. On November 4, 2020, Raveena had taken to her Instagram handle and had shared glimpses of her Karwa Chauth. The actress wore a red sharara with golden embroidery. Along with it, she had written, "I fast for the happiness and health and long life, for my Mums,(mom and mamma,)my dad, my husband, my kids and their families. It's all your faith and your good vibrations that send out into the universe. This is the first time Anil and my kids not here with me to help me do the prayer and break my fast, missing all in Mumbai! For me, the holiest, purest, is the prayers for, my parents, my husband, my family, who enrich my life every day with love happiness. I pray and thank god for everything. Happy Karwa Chauth!" Check it out below: 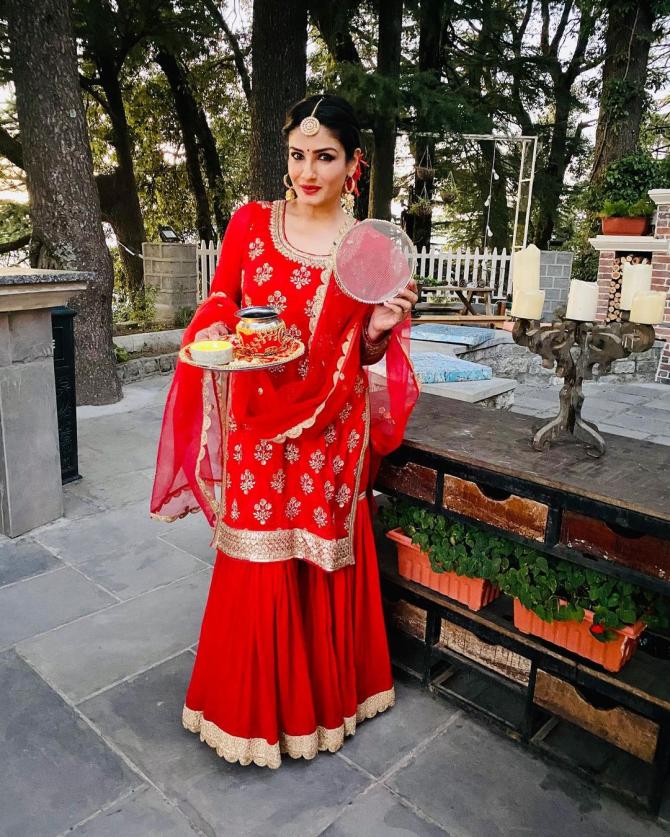 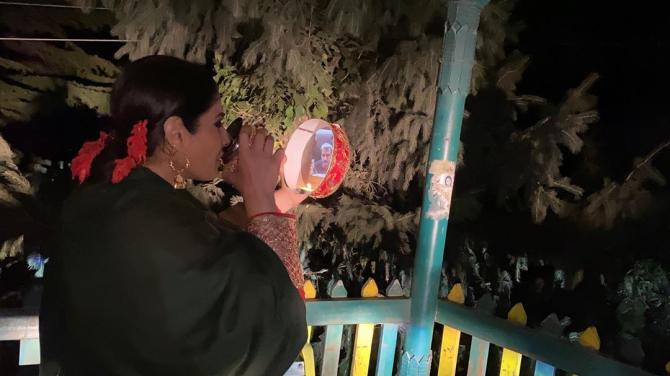 In an interview with the DNA, Raveena had talked about balancing mom duties and her professional work. She had shared, "Probably. Right now, it has become a little difficult because everything has come together. I shoot for this show I judge, and there are my film's promotions and a music video shoot. I might be short on time, but otherwise, I do space out my day really well. I know how to balance it well otherwise. I'd say, being a mother has not actually changed my choices, but enhanced them. That would be the right way to put it because after having Raasha and Ranbirvardhan, I look for a different kind of emotional connect with anything I do." (Also Read: Taimur Ali Khan Celebrates Birthday Of A Staffer With Parents, Kareena Kapoor And Saif Ali Khan) Did you like Raveena, Rasha, and Ranbir's pictures? Let us know!